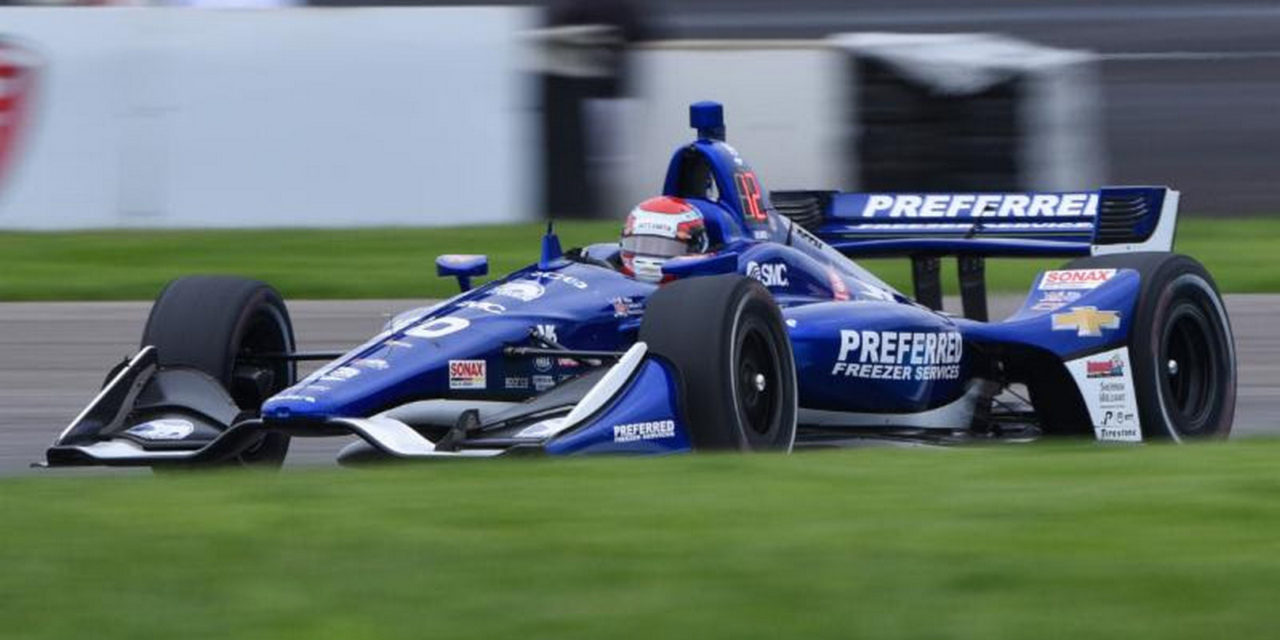 Ed Jones #_edwardjones netted his season-best qualifying result today and will start 5th in tomorrow’s INDYCAR Grand Prix. He broke through the first two rounds of qualifying to reach the Firestone Fast 6 and is the fastest Chevrolet-powered driver in the field.

Ed Jones has solidified his best starting position of the year for tomorrow’s INDYCAR Grand Prix. Jones will start 5th in the Indianapolis Motor Speedway road course race, the kickoff to the Month of May. Additionally, both Ed Carpenter Racing cars reached the second round of qualifying for the first time since the 2018 INDYCAR Grand Prix. Spencer Pigot will start in the 12th position for the 85-lap race.

The unique two-day format for the INDYCAR Grand Prix saw Jones participate in two 45 minute practices prior to qualifying.

With an even-numbered finishing position in Practice 2, Jones was assigned to Group 1, Round 1 of qualifying. He began the 10 minute session on a set of sticker black Firestone Firehawks, switching to a set of sticker reds after three laps. His second lap at speed on the reds gave him a time of 1:08.4681 (128.241 miles per hour), landing him 5th in the charts. He advanced to Round 2, the first time this season he would move the No. 20 Ed Carpenter Racing Scuderia Corsa Chevrolet up to the second round of qualifying.

The time of the Firestone Fast 6 session is reduced to six minutes, limiting Jones to three laps on a set of scuffed red tires. A lap of 1:08.4609 (128.254 mph) will have him starting 5th in the INDYCAR Grand Prix, his best qualifying effort of 2019 to date. While his best career starting position came in the second race of last year’s Detroit doubleheader (4th), today marked his first Firestone Fast 6 appearance.

Tomorrow will begin with a wrap up session at 11:15 a.m. ET, airing on INDYCAR Pass via NBC Sports Gold.  The 2019 INDYCAR Grand Prix will be the first aired on NBC with pre-race coverage beginning at 3 p.m. ET. The green flag will fall on the fifth race of the 2019 NTT IndyCar Series season at 3:50 p.m. ET.

ED JONES, No. 20 Ed Carpenter Racing Scuderia Corsa Chevrolet, Qualified 5th: “This is a really good starting position for us. It’s been a tough start to the season, especially qualifying-wise, but we have had a solid car all day long. We managed to put it together in qualifying, especially Rounds 2 and 3. It’s great for Ed Carpenter Racing and for Chevrolet, as we were the fastest Chevy. Thanks to Scuderia Corsa and ECR for all of the hard work! This gives us good momentum going into tomorrow and the entire month of May.”

About Ed Carpenter Racing
Ed Carpenter Racing (ECR) first entered the NTT IndyCar Series in 2012. The Indianapolis-based race team has proven its versatility by collecting seven wins on each type of track the series competes on – street and road courses, short ovals and speedways.

ECR is led by IndyCar’s only owner/driver, Ed Carpenter, three-time pole winner for the Indianapolis 500 (2013, 2014 and 2018). In 2019, Carpenter will race at all oval events in the No. 20 Chevrolet while Ed Jones will take over for the road and street courses. Both will be entered in the 2019 Indianapolis 500 alongside Spencer Pigot, who will compete for the NTT IndyCar Series championship as he races the No. 21 Chevrolet throughout the entire season.