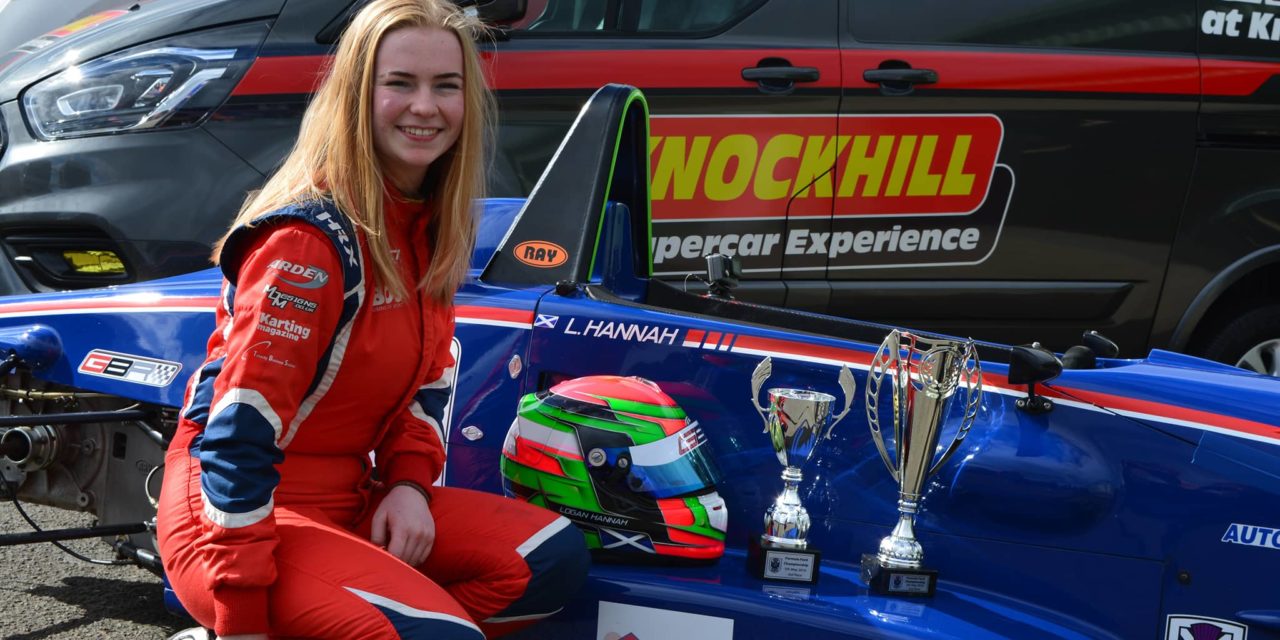 May 8th 2019 – Round 2 of the prestigious FF1600 Scottish Championship took place this weekend, again at Knockhill Circuit but this time anti-clockwise – a new challenge for rookie driver Logan Hannah, #loganhannah9

The weekend produced one of her most successful in her racing career, snapping up podium finishes in both races. Logan is very quickly becoming one to watch on the grid. 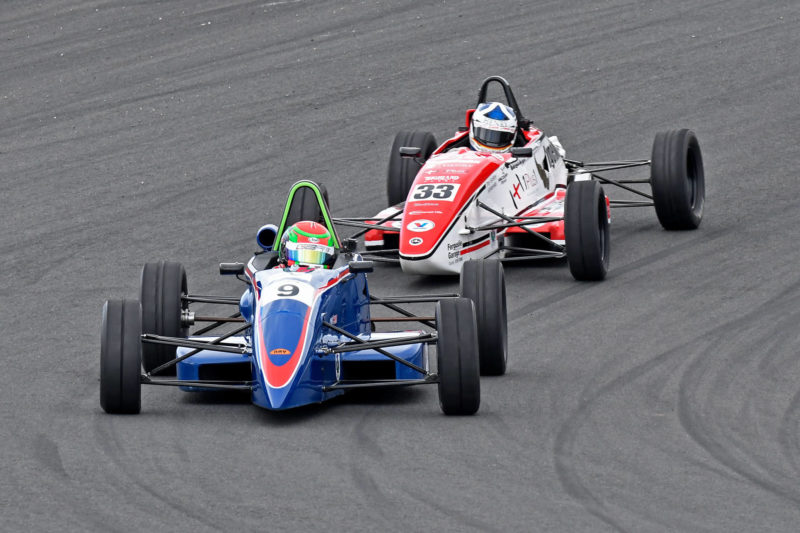 Qualifying:
Off the back of a successful testing session on Saturday – only a few minor hiccups which were quickly resolved – all was looking good for a strong qualifying. Having picked her spot well in the back, Logan was able to get some clear space ahead of her and put in a very impressive lap time, awarding her 3rd place.

Race one:
Beginning the race in P3 Logan was quickly up into 2nd place. Defending well, she hung on to her position for the majority of the race until a lock-up at McIntyre’s cost her 2 places. The squabbling cars ahead however took each other out and with the safety car deployed there was no time left to make a run for 1st, Logan would cross the line 2nd.

Race two:
Another impressive start allowed Logan to take the lead into to turn one and she was able to hold the lead for the next lap, but  unfortunately two cars passed her the next lap, at the hairpin. More yellow flags meant that Logan spent the majority of the race building a gap to the cars behind – securing another podium finish, 3rd.

Hannah says:
“When I lost the lead in race 2 I thought about battling, but with the yellow flags out I decided it was best to cement my 3rd place position by concentrating on consistent laps and building a gap to the cars behind.

Mega weekend, with my best qualifying so far and two podium finishes, so I’m very happy. ” 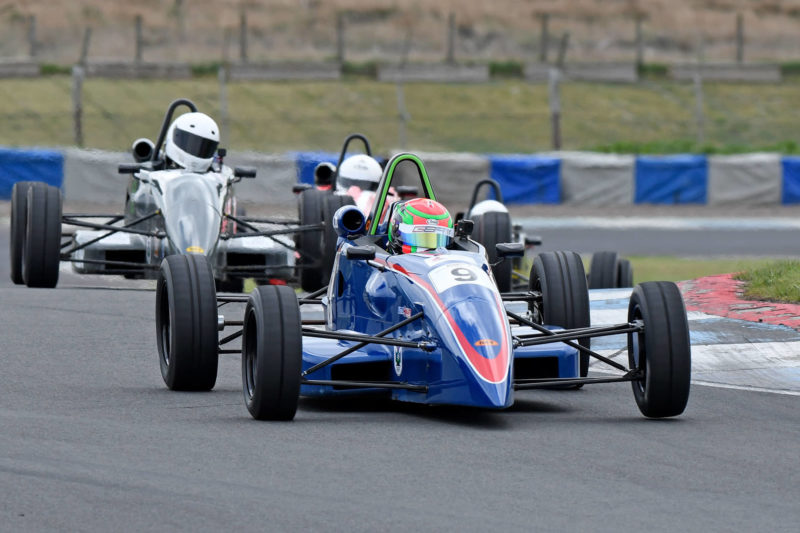