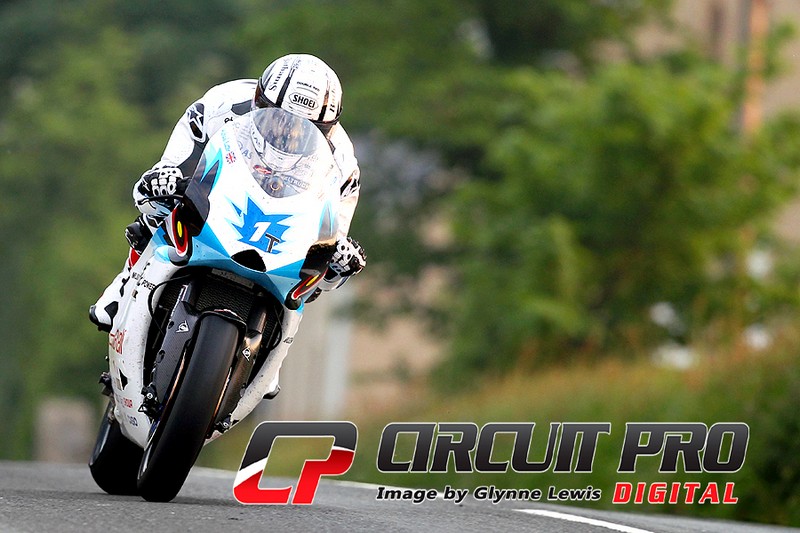 Michael Rutter completed a record breaking SES TT Zero race with a new lap record of 121.824 (18:34.956) breaking John McGuinness’s 2015 lap record by over twenty seconds in the process, and also the  first rider ever to break the 120 mph barrier.

Michael was flagged off the line by His Royal Highness the Duke of Cambridge whom later also presented Michael with the winner’s trophy on the podium.

With very little competition aboard the Mugen machine with team mate and closest rival Lee Johnston stopping at the Bungalow to replace his chain on the Mugen with help from the marshals it was a sixth win for Michael at the TT.

Daley Mathison was able to take the advantage and place himself into second place whilst Johnston restarted and set off in pursuit of Daley. Daley crossed the line aboard the University of Nottingham machine in second position having set a lap of 119.224mph to beat John McGuinness’ old lap record.

With Johnston now having restarted he completed the podium positions in 3rd place. Crossing the line with a speed of 105.566 mph After having to re-fit a dropped chain, Johnston would still finish on the podium in third

Michael spoke afterwards saying “It’s been a hard week with the team telling me it was the lap record they were aiming for, having only 1 practice lap. Mugen pulled it out of the bag today it was a long hard lap but i wasn’t hanging around and i am pleased that we have now raised the record to over 120 mph”.