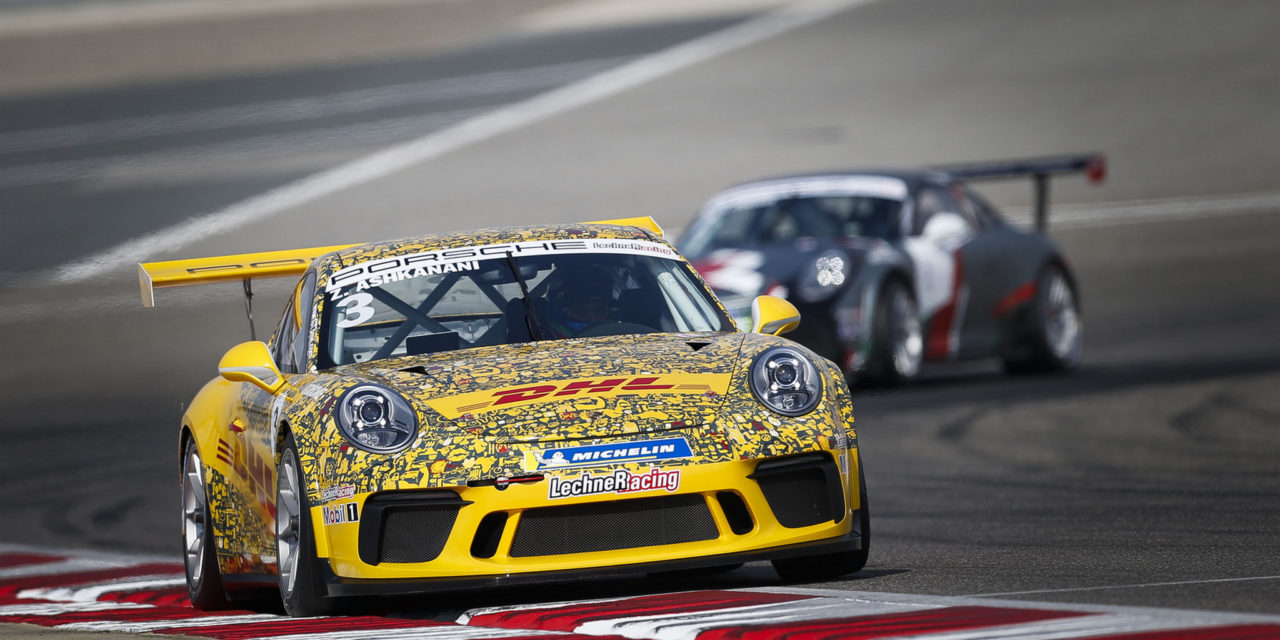 Ashkanani clocked an impressive 2:03:990 to sit on pole at the top of a 17-car grid featuring drivers from nine different countries, just ahead of the Charlie Frijns of Qatar in second and Tom Oliphant of Great Britain in third. UAE-based driver Glynn Geddie, a newcomer to the grid this season, secured 8th spot and will look forward to a solid performance in the first race.

As with previous years, the opening round of the region’s most successful and professional series is held in support of the FIA World Endurance Championship (WEC) 6 Hours of Bahrain weekend. But Season 9 signals the start of a new era as all drivers took to the 5.40 km grand-prix configured track to qualify for Race 1 of Round 1 in control of the next generation of GT3 Cup car, with lap times noticeably quicker thanks to the four-litre six-cylinder flat engine with direct fuel injection delivering 485 hp.

Whether returning to the series or entering the competition for the first time, adrenaline was high in the pits as drivers held their nerve before using their 30 minutes of qualifying wisely.

After taking pole Ashkanani said: “Firstly, it’s great to be back. I have very fond memories of the Porsche GT3 Cup Challenge Middle East and it is always exciting to be racing close to home. I had a successful summer in the Porsche Mobil 1 Supercup and I am hoping to replicate this form during this weekend.

“I’m pleased with my time and securing pole, but it is not going to be an easy race. The championship is attracting more and more international names and the level of the regional drivers is getting stronger each season. It’s encouraging to see so many Middle Eastern drivers in the championship, proving that there is a growing appetite for motorsport in the region.

Ready to start from 8th on the grid, UAE-based driver and season debutant Glynn Geddie commented: “It feels amazing to be on the track after a few years out of racing. I have always wanted to race in the Middle East and I am happy with my performance today, but my aim is to build on each race and collect points. I really enjoy the power of the new car –  it is a thrill to drive.”

The Porsche GT3 Cup Challenge Middle East will consist of six race weekends with 12 races over a period of six months. Drivers will compete across the region with confirmed circuits including Dubai Autodrome, Yas Marina Circuit in Abu Dhabi and Bahrain International Circuit.

The championship starts on 17th November in Bahrain as part of the FIA World Endurance Championship weekend at the Bahrain International Circuit and comes to a thrilling conclusion by supporting official 2018 Formula 1 Gulf Air Bahrain Grand Prix weekend.