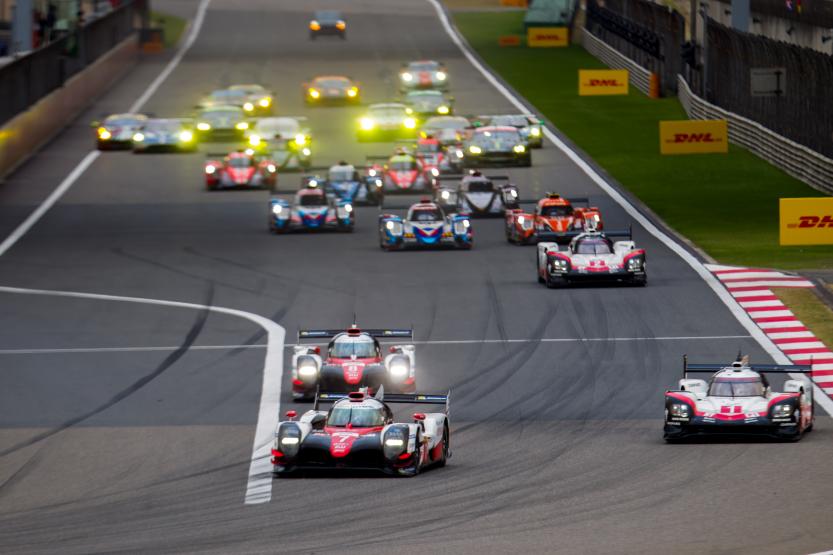 BIC, Sakhir – The focus now shifts to Bahrain following the success of both Porsche and Toyota at the 6 Hours of Shanghai held last weekend as the penultimate round of the 2017 FIA World Endurance Championship.

The FIA WEC Bapco 6 Hours of Bahrain at Bahrain International Circuit (BIC) is set to be a fitting finale to yet another thrilling year in the world’s premier endurance racing series.

Porsche had twice the reason to celebrate in China after securing both the FIA WEC World Manufacturers’ Championship and the FIA World Endurance Drivers’ Championship, despite Toyota winning the race.

The no. 2 Porsche 919 Hybrid crew of Timo Bernhard, Earl Bamber and Brendon Hartley were classified second overall, and that was enough to win them this year’s drivers’ title with the Bahrain round still remaining. It is Bernhard and Hartley’s second championship (first in 2015) and Bamber’s first.

Toyota’s no. 8 TS050 Hybrid of Kazuki Nakajima, Anthony Davidson and Sébastien Buemi led a convincing display by the Japanese manufacturer all the way to the chequered flag.

It could have been two Toyotas on the podium, but the no. 7 Hybrid of José Maria Lopez clashed with one of the leading GTE Pro cars in the final hour, forcing them to pit and allowing the two Porsche 919 Hybrids to move up to second and third. The delayed Toyota which also featured Kamui Kobayashi and Mike Conway ultimately came in fourth.

It was Toyota Gazoo Racing’s fourth win of the season meaning that the eight races have been completely split between the Japanese marque and their rivals Porsche, with the final race coming up November 17 and 18 at BIC in Sakhir.

Rounding out the LMP1 podium in Shanghai was the no. 1 Porsche 919 Hybrid of Neel Jani, André Lotterer and Nick Tandy.

The LMGTE Pro class was claimed by the Ford Chip Ganassi Team UK consisting of Andy Priaulx and Harry Tincknell; while first place in the LMGTE Am category was claimed by Aston Martin Racing’s Paul Dalla Lana, Pedro Lamy and Mathias Lauda.