Bahrain:Azzam and Al Mehairi steer Batelco to victory in endurance karting at BIKC 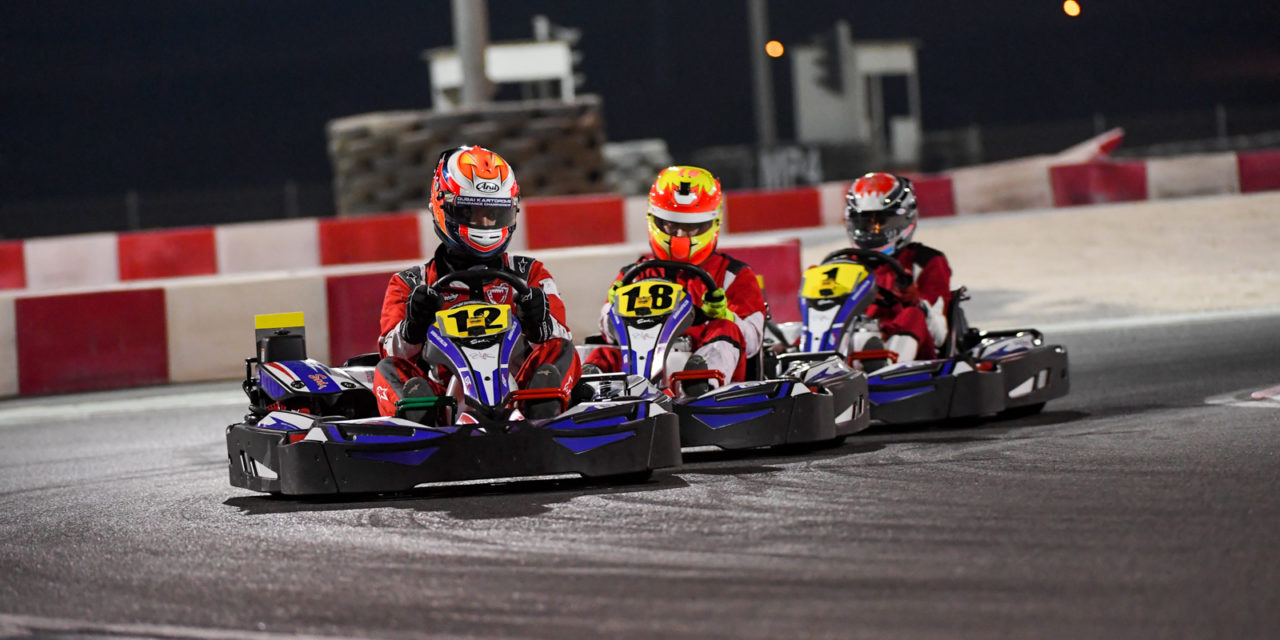 BIC, Sakhir – Batelco Drag 965 Racing emerged victorious in the first round of the 2017/2018 Bahrain SWS Endurance Championship, held over the weekend at Bahrain International Karting Circuit (BIKC) in Sakhir.

The pair of Ramez Azzam and Saeed Al Mehairi combined their talents for Batelco to win the three-hour challenge.

Aside from their outright win, Azzam and Al Mehairi also clinched the victory for Batelco in the race’s Pro category.

In the Nations class, the Go Gosaibi boys of Buhindi and Al Muammari were classified first, adding to their success in the overall classification.

In the Corporate division, the Redline Racing 1 tandem of Paul Lecaillon and Hussein Lala were the winners.

Following all the action, the winners were honoured in a podium ceremony attended by officials from BIKC, Bahrain International Circuit and the Bahrain Motor Federation.

Racing was held along BIKC’s 1.414-kilometre Commission Internationale de Karting (CIK) track, which is homologated for international events and which combines a great mix of corners and level changes.

The teams were competing on identical karts – a 390cc Sodikart GT4 – each of which can generate up to 13 BHP.

The second round of the Bahrain SWS Endurance Championship is scheduled for December 2 and it will be another three-hour challenge. Then, then third and final round will take place on February 9, and that will be a grueling 24-hour challenge.

After all the rounds are completed, the first and second place teams of the Bahrain 24hrs SWS Endurance Championship will qualify directly to the Sodi World Finals, to represent the Kingdom of Bahrain in July of next year. The winner of round three will be entitled to a free entry to the 24 Hours of Paris held at Racing Kart de Cormeilles, RKC.