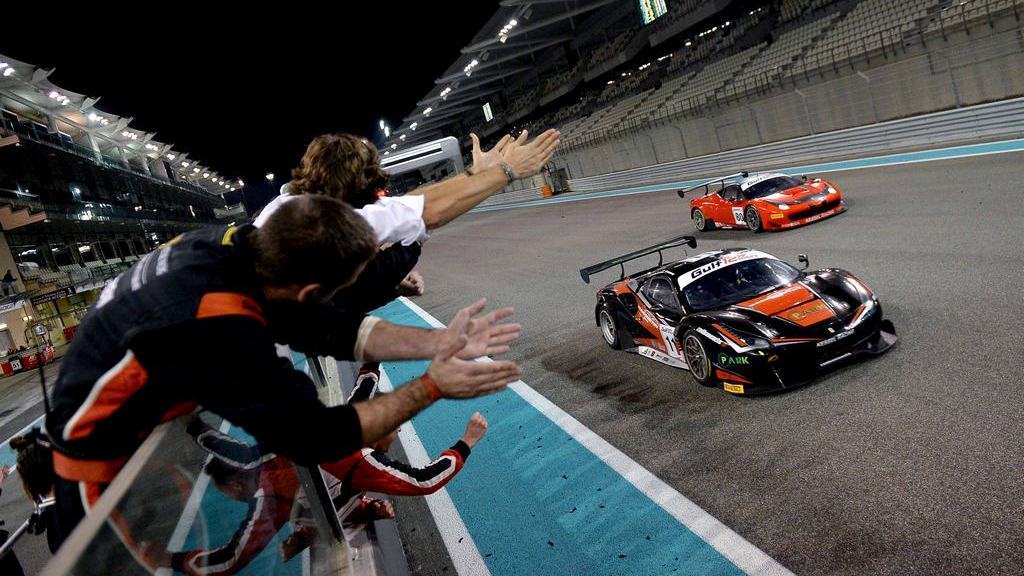 Starting from pole position, the number 11 Ferrari led from the opening lap and held off strong competition from the two remaining class competitors including GP Extreme’s Renault RS01.

“It was a really good event from practice, through qualifying and the race, the car was fantastic,” said Kessel Racing’s Davide Rigon. “I enjoyed it, nobody made any mistakes and we brought the car back in perfect condition which was not easy as there was a lot of traffic on the track and the driving stints were long.”

Fourth place went to AF Corse in the 488 GT3 which subsequently gave them the PRO AM class win and completed 300 laps as they crossed the chequered flag.

Herberth Motorsport had been leading in the GENT class until a technical issue meant the team were forced to stop and allowed the Kessel Ferrari to take the lead with just one hour remaining.

In the GTX class, Scuderia Villorba Corse took the chequered flag ahead of Dragon Racing and Brookspeed.

This year the event welcomed a new category in the guise of the PROTO class, allowing the Ligier JS P3 to compete at the circuit for the first time. The competitors in this class were spread throughout the 25-strong field and it was Graff who took the win four laps ahead of United Autosport.

Gulf 12 Hours promoter Andrea Ficarelli said: “Introducing the PROTO class was a great addition to the Gulf 12 Hours as it enabled more teams to compete in the race but kept the race recognisable in shape and sound. This year has been a learning curve for us and we will be looking at making changes to the regulations to allow for closer racing in 2017.”

Ronnie Kessel – (Team Principal): “We just closed the 2016 season and I think we will miss a bit. It’s hard to find the words to define a year so full of victories. Here too the team, even though we have a week to Christmas, after a long and stressful year, was perfectly focused and united, and has passed each time with great tenacity and passion every difficulty. The drivers were all at the top, and it’s also got this amazing achievement. In 2017, we are waiting for other challenges, and we hope to further victories. “