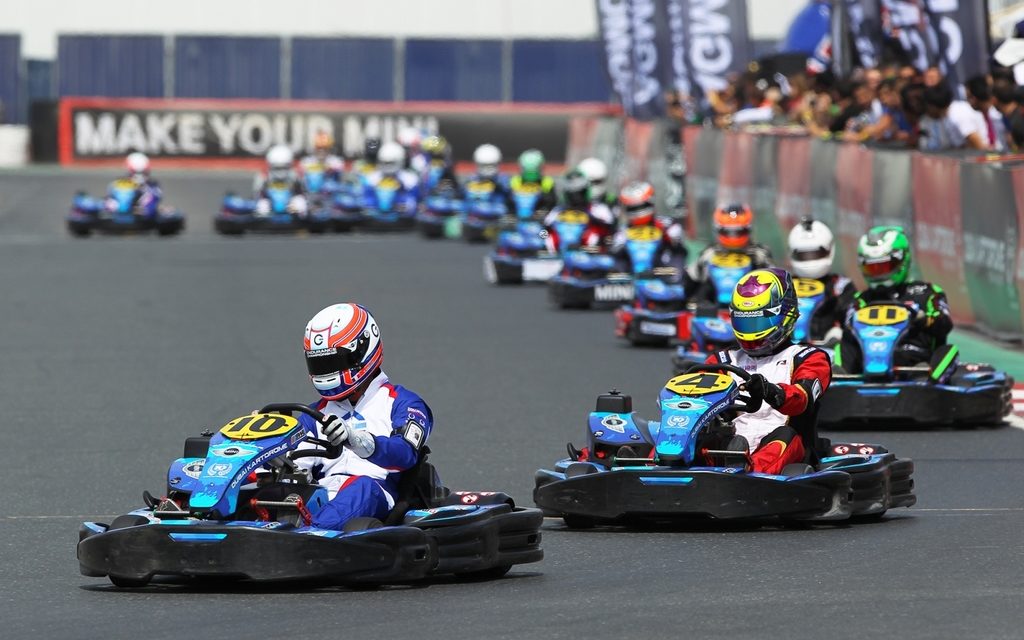 Dubai, UAE, 20 October 2016:  The Endurance Championship Driven by MINI returns to the Dubai Kartdrome for Round Three on Friday, 21 October 2016.  Participating teams from around the world will need to complete 700 kilometres on the outdoor circuit to see the chequered flag, braving 12 hours of highly competitive kart racing.

After two rounds in 2016, top contenders CG Racing Pro and BatelcoDrag965 have each collected 75 championship points.  CG Racing Pro won the Pro title once in 2013 and Batelco teams have been crowned Pro champions an astonishing four times, which is an Endurance Championship record shared with NFM Professionals.

History suggests that BatelcoDrag965 might have the advantage; however CG Racing Pro has been on top form this year, including a spectacular win to claim the Endurance Cup at the 2016 SWS World Finals.

CG Team Manager Habib Chouery said: “After returning from the SWS World Series in Paris with the 2016 World Championship trophy in hand, the entire CG Racing contingent is looking forward to some very exciting racing action back at the Dubai Kartdrome. We’re going to be shooting for the top spot and make history once again.”

Other contenders for the Pro championship include Mach1, a team that has improved race after race and is now up to third place on 60 points, while Globcom-Flame and LD are even on 56 points in fourth.

LD has an all-Russian roster and currently leads in the Nations Cup category, followed by another Choueiri Group entry, the Lebanese outfit of CG Racing in second and the all-Indian team of ENOC-NH8 in third.

Choueiri Group is also well represented in the Corporate category with CG Racing currently in first place and CG Academy in third.  Fly Emirates have split the CG pair with a hold on second position.

Although many of the participants live here in the Middle East, kart racers from Europe, Asia and North America have also travelled to Dubai to line up for the renowned Le Mans-style start of the race.  Just finishing the endurance race is considered an accomplishment; winning it takes superior teamwork, ability and determination.

Qualifying for the Endurance Championship Driven by MINI 700km race will commence at 18:00 on Friday evening, 21 October 2016.  The race flags off at 19:00 and will run until approximately 07:00 on Saturday morning, with trophies awarded thereafter.