MotoGP: Back to business as riders head to Red Bull Ring 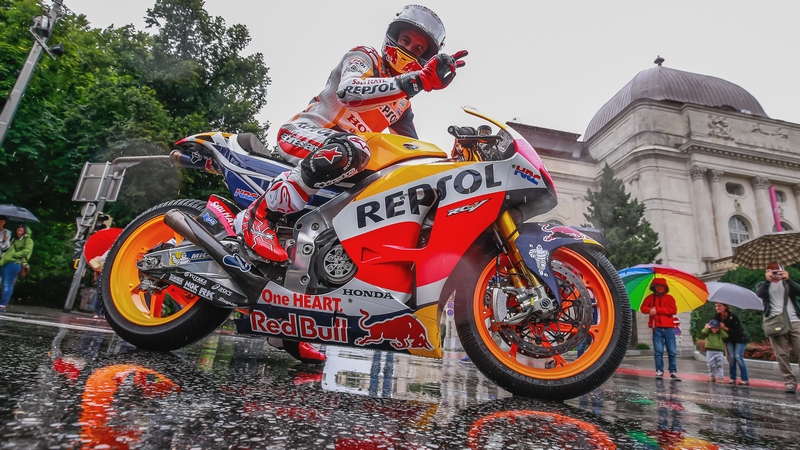 Wednesday, 10 August 2016- The scene was set for a weekend to remember as Marc Marquez led riders through the streets of historic Graz on MotoGP’s return to Austria.

It’s almost time for the lights to go out for the NeroGiardini Motorrad Grand Prix von Österreich, and ahead of the track action at the Red Bull Ring – Spielberg, MotoGP made a pit stop in the picturesque city of Graz. It is almost 20 years since the FIM MotoGP World Championship last visited the country, and the pre-event parade through the streets of the southern city proved the perfect homecoming before action moves to the new layout of the nearby Red Bull Ring.

Wednesday dawned with slightly damper weather but spirits higher than ever as Marquez and Bradl prepared to lead Binder, Bendsneyder, Folger and Cortese through the streets of the UNESCO World Heritage Site, truly welcoming MotoGP back to Austria. After a media Q&A session in the morning, the riders then fired up their engines and set off on the parade route – beginning at Café Promenade and taking in the best of Graz before the finish line at Hauptplatz – to give fans a glimpse of what is in store in the Austrian GP and kick off the weekend proper.

The spectacular scenery of both the city of Graz and the surroundings of Spielberg should make for a weekend to remember at the Austrian GP upon MotoGP’s return to the country, with the new layout of the Red Bull Ring ready to challenge the world’s fastest riders and another 25 precious world championship points up for grabs. Free Practice begins on Friday morning, as the grid get back to business after the summer break.