MCE Ulster GP 2016: More news on the runners and riders as practice begins… 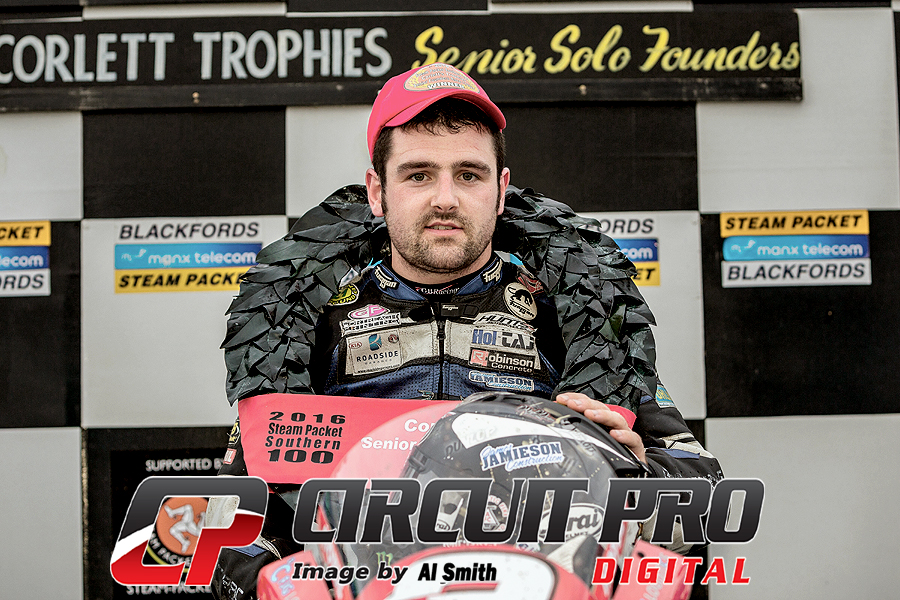 Can Michael Dunlop continue his winning ways at the Ulster GP

The anticipation has been growing steadily on the run up to the MCE Ulster GP recognised as the fastest road racing circuit in the world.

All the top and fastest road racers will be taking part with a record of 173 riders from 16 different countries as well as a good field of up and coming newcomers taking to the circuit, some 54 of them in all.

All eyes are obviously on two of the biggest names in the sport namely Michael Dunlop and Ian Hutchinson with an expected rematch from the 2016 Isle of Man TT races after their disagreement, something that has been widely talked about and I will not add to it here. ‘Hutchy’ will be looking to spoil the Dunlop party in Ulster

Michael laid the gauntlet down at the TT of his intentions from the off during the TT, setting a new outright record speed of the mountain course at an amazing 133.393 mph from a standing start, the first rider in history to officially break the 133 barrier and the first sub 17 minute lap with Ian in second place, Michael left the TT with a new outright lap record of 133.962mph. The roles were in reverse order in the Superstock race with Ian taking first place and Michael in second position, come the Blue Riband event on the traditional Friday of race week once again it was a reversal of roles with Michael taking the honours and Ian in second position, Ian also won both Supersport races during the TT

Since the TT Ian has been riding well in the British Superbike series in the Superstock races with very pleasing results never out of the top 4 and currently lying in second position in the series.

What of Michael you may ask, he crushed all opposition at the Southern 100 races with an emphatic 4 race wins out of the 4 races he contested,  by a margin of that many seconds that one could be forgiven to think he was riding a 2 litre machine such was the lead he gained in every race.

Taking the Open championship at Skerries with a new track record of 110.817mph, and also taking a double win at Armoy road races where he won the Race of Legends for the sixth consecutive time.

Michael has only faltered once since his victory at the NW 200 aboard the superbike namely his second placing behind Derek Sheils in the feature Race of the South at Walderstown, due to his bad choice of tyres in mixed weather conditions.

As I stated at the beginning there are not just these 2 riders vying for the top prize at the Ulster, that man from down under namely Bruce Anstey, the fastest ever rider around the circuit with a speed of 133.997mph set in 2013 is in good form too Speaking to Bruce before he left for the circuit he said,

“Since my off during practice at the TT this year and hurting my ankle in the process I have been training hard to get myself up to racing fitness riding my motocross machine as much as possible.

Is Bruce’s record threatened I personally would say that’s a big fat yes if the conditions prove to be right on the day, will it be Bruce that ups that record breaking speed ? Well who knows there are plenty of riders out there and hungry enough to do it?

Apart from the aforementioned there are some fast riders in the group namely Peter Hickman who is on form, who took the  Superbike race win last year, Lee Johnston now fully fit after his off at Olivers Mount earlier in the year, Derek Sheils, Dave Johnson who is getting faster in every event he partakes in.

A further new comer to the event will be Joey Dunlop’s son Gary Dunlop, Joey loved the Dundrod Circuit and Gary will be riding under the number 3 plate, the number 3 plate has never been used at the circuit since the passing of Joey so it will be a really special time for all, none more so than for Gary himself. Gary Dunlop, son of legend Joey will have the honor of carrying the famed #3 plate, the first time in use at the circuit since his father passed away…

It’s a mouth-watering list of riders all competing at the event with an expected 50,000 attending it will certainly be one to watch, practice has already begun today Wednesday 10th August with the main event taking place on Saturday 13th August, one event not to be missed.