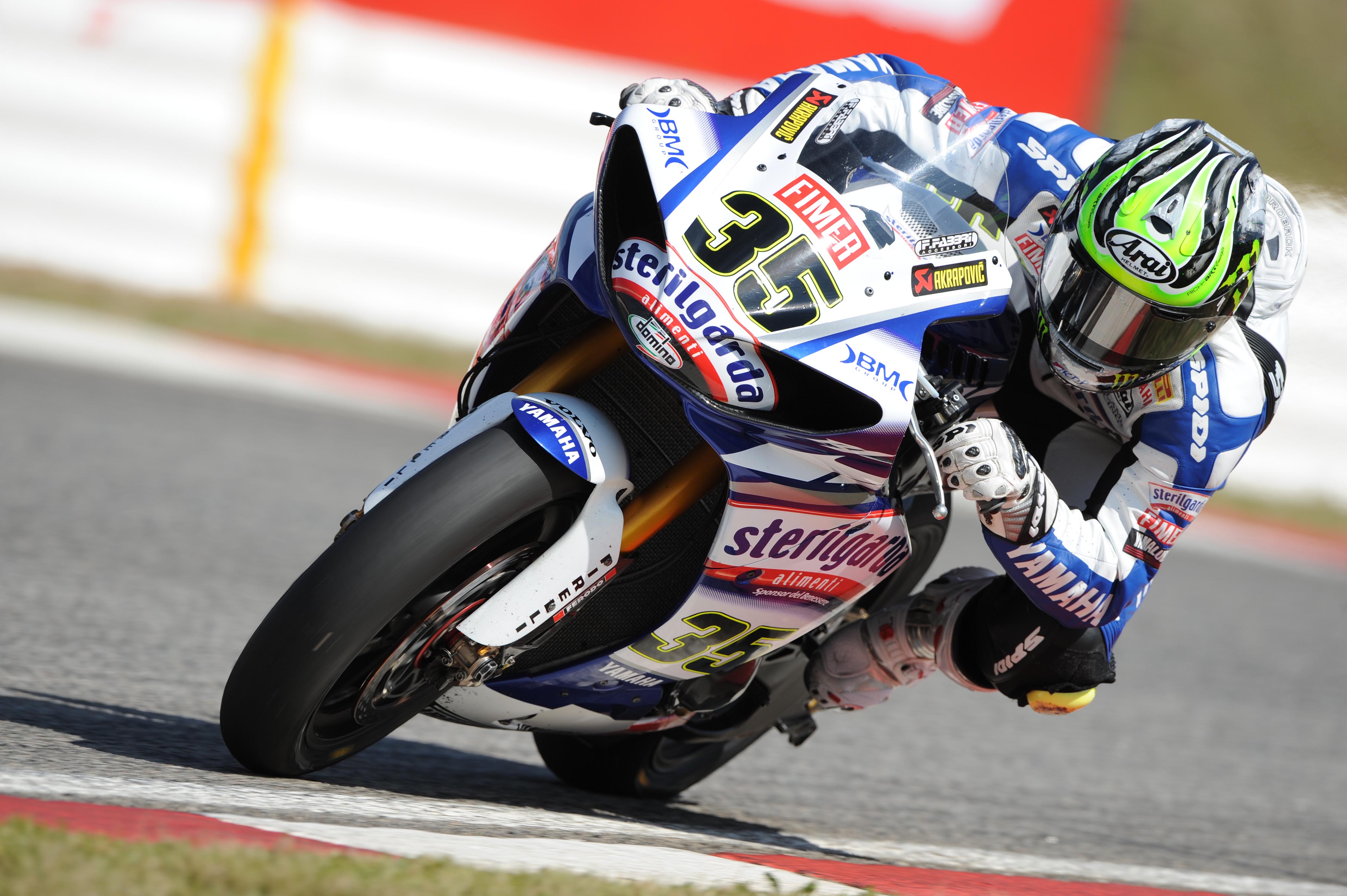 Yamaha riders Cal Crutchlow and James Toseland put the hammer down in Superpole today, leaving no doubt of the potential of the 2010 R1 in their hands as they took pole and second on the grid respectively ahead of tomorrow’s two races at the Kyalami circuit. The ongoing development of the Yamaha Sterilgarda team which had been evident from Assen was clear to see in this afternoon’s Superpole heats, with both riders going under the lap record set by Ben Spies last year. Toseland had been slower than Crutchlow to get on the pace this weekend, but having found the set up that works for him, he made it count where it mattered, leading the last heat temporarily before a last flying lap by his team mate saw him take the second spot on the grid. Crutchlow’s Superpole score makes it his third from six rounds this year. His time of 1’37.243 gives him the current fastest lap record for the circuit. Cal Crutchlow, Yamaha Sterilgarda World Superbike Team (1st, 1’37.243)
“It’s been great to take three Superpoles from six meetings so far this year, I’m really looking forward to the racing tomorrow. Yamaha have been doing a really good job in developing the bike to put us on the front row, it was unfortunate we couldn’t deliver more in Monza to repay them but we were unlucky. We’ve been up there all weekend in qualifying and practices so I think we have a good chance to deliver in the races. It’s going to be tough but I’m looking forward to taking the fight to the boys, I reckon there will be five or six up there all looking for the win, I think James is going to be one of them.” James Toseland, Yamaha Sterilgarda World Superbike Team (2nd, 1’37.260)
“I’m really happy with that result, especially after this morning’s qualifying, I think we were two seconds faster this afternoon. I’ve got a few people to thank! The Mobile Clinica guys and everyone at Monza hospital for their service last weekend, and all the riders who managed to avoid me going into turn one at the second Monza race. My head was a bit lost yesterday and this morning, which made me head in the wrong direction with the team, but they recalculated and we’ve come back, two seconds faster so a big thank you to them. I haven’t done too many laps in one go here because of my neck, so I’m not sure how it’s going to be over 24 laps but when the lights go out I’m going to hang on in there until the end!” Massimo Meregalli, Yamaha Sterilgarda World Superbike Team Manager
“It’s been a really good day, I was expecting a good lap from Cal, but knowing James physical condition I wasn’t expecting such a big result, I have to say he did a really good job. I know how tough it is on this circuit so congratulations to Cal and James, and also for the team for all the work they’ve done to get them there. Tomorrow will be a really tough race but here it is very important to start from the front row as it’s very difficult to overtake so we have an advantage.”