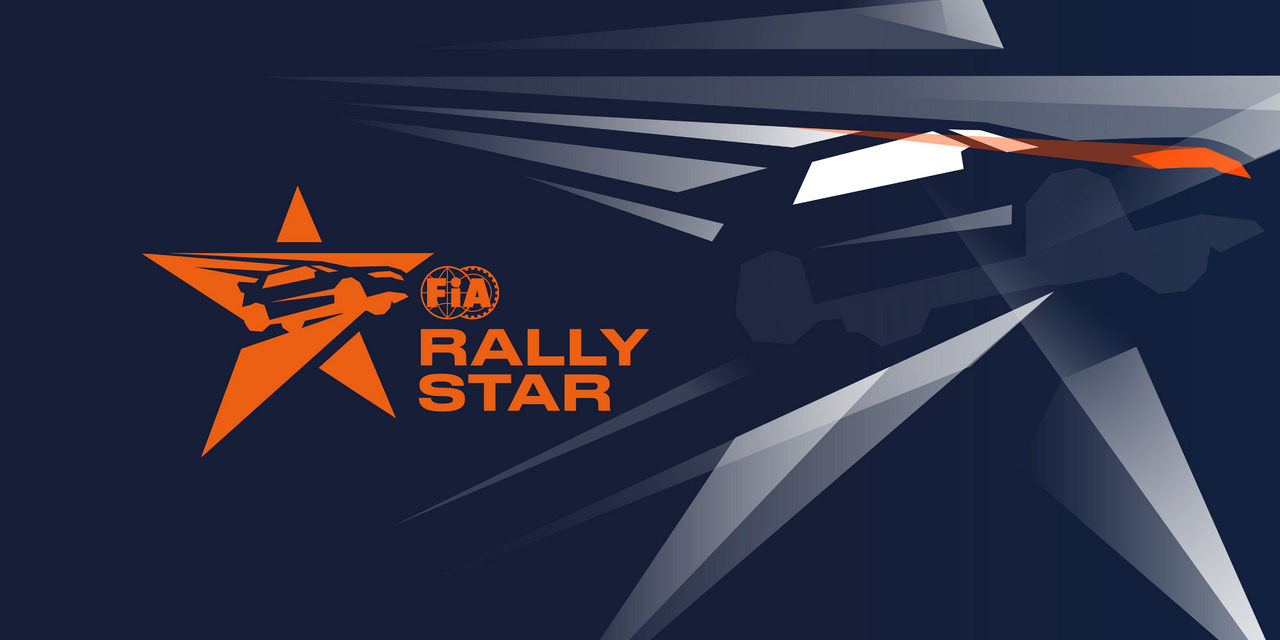 21 Feb 2020 – The Fédération Internationale de l’Automobile is proud to announce FIA Rally Star, a global, FIF-funded programme to detect, train and develop talented young drivers. Spotted by the National Sporting Authorities, the best young people between 17 and 25 years old will eventually be able to join the World Rally Championship, benefiting from a sporting programme set up by the FIA and its partners.

At the heart of the FIA’s strategy for the development of rallying throughout the world, FIA Rally Star aims to encourage the emergence of a new generation of drivers and to identify those with the greatest potential to target a professional career. The programme is funded by the FIA Innovation Fund (FIF), which aims at supporting innovative and high-impact initiatives that generate lasting benefits for the FIA community.

At the base of the pyramid, the 144 member National Sporting Authorities (ASNs) of the FIA will be encouraged to organise detection operations, offered to young boys and girls between the ages of 17 and 25. In order to make these selections accessible to as many people as possible, two grassroots disciplines will make the framework for these operations:
–    Digital Motorsport, using driving simulators and the FIA Rally Star partner video game;
–    Motorkhana, which involves manoeuvring a production vehicle through a handling course.

ASNs will also be able to use their own detection methods to identify young talent.

The second phase of the programme will be a tour of six continental finals organised by the FIA in Europe, Middle East and North Africa, Africa, Asia-Pacific, South America and North America. Candidates selected by the ASNs will compete against the clock at the wheel of XC Cross Cars to win one of the seven seats granted: one per continent, plus one for the best woman driver in the world.

This group of seven youngsters will then benefit from an intensive season of training, including personal coaching, testing sessions and participation in a minimum of six rallies at the wheel of Rally3 cars. This development programme will identify the four most promising drivers, including at least one female competitor, who will then join the FIA Junior WRC.

Over the next two seasons, these future stars will need to demonstrate that they can compete for victories and then for the title, as a full season in FIA WRC 3 will be the ultimate reward for a FIA Rally Star driver winning the championship.

Innovative and far-reaching, the FIA Rally Star programme will benefit from the support of ambassadors and partners already acclaimed in the world of rallying. The official launch is scheduled for mid-June, during the FIA Sport Conference in Thailand. The ASNs will then be able to deploy the first selections.

Jean Todt, President of the FIA: “When we talk about the detection of rally drivers, we obviously think of Rallye Jeunes, which enabled the FFSA to identify the potential of Sébastien Loeb and Sébastien Ogier with the success that we know. Thanks to the support of the FIA’s Innovation Fund, we are embarking on an extremely ambitious and innovative programme, made available to our 144 ASNs for worldwide deployment and amplification. FIA Rally Star is a great opportunity for those who dream of becoming rally drivers.”

Yves Matton, FIA Director: “At a time when the World Rally Championship is exploring new territories, FIA Rally Star will encourage the emergence of a new generation of drivers. By using grassroots disciplines such as Digital Motorsport and Motorkhana, we will be able to give many young enthusiasts their chance. The most promising will then benefit from a tailor-made development programme, ultimately enabling them to join the WRC. With FIA Rally Star, we hope to find a future World Champion, wherever they are, whoever he or she is.”