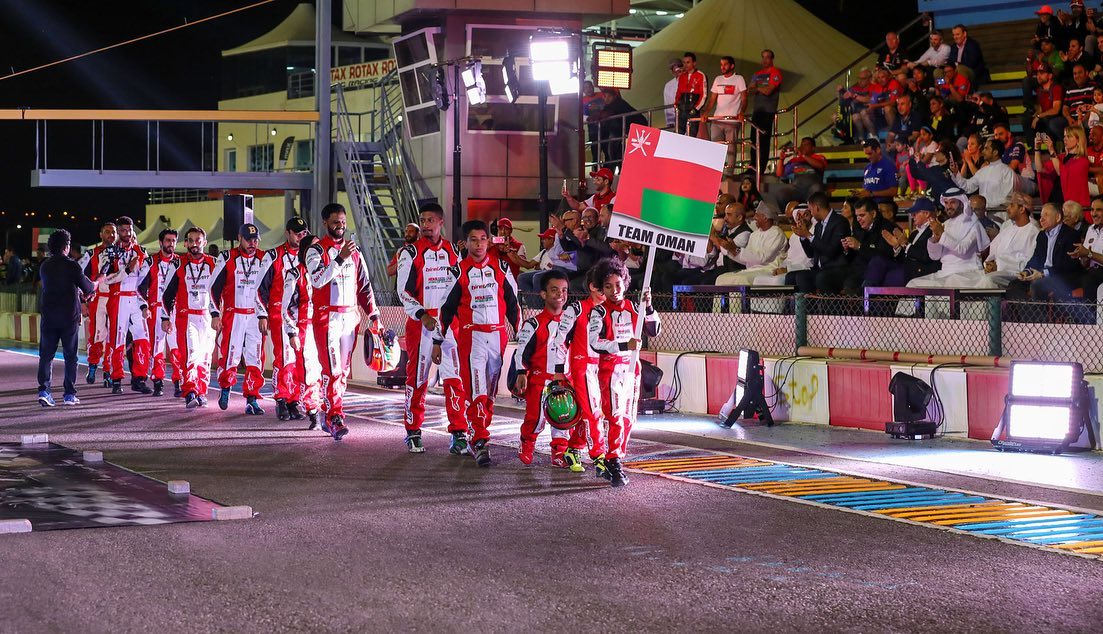 The first-ever MENA Karting Championship Nations Cup, held this past weekend at Muscat Speedway in Oman, was a huge success and laid the template for future such events, not only for the Middle East but karting globally.

The initiative – led by the Oman Automobile Association with backing from the FIA Sport Grant Programme and support from Abu Dhabi Sports Council and Al Ain Raceway – was unique in that it counted towards two championships as drivers of MENA nationality raced for the Nations Cup with their counterparts from the UAE Rotax Max Challenge (RMC) in Micro MAX, Mini MAX, Junior MAX, Senior MAX, DD2, RD1 ELITE Sprint and Endurance.

Official track action began on Thursday 13th Feb, with Heat races for all the classes, followed by Pre-Finals on Friday and the Finals thereafter.

The Micro MAX field might have been small, but throughout the two-days, the youngest drivers at the event provided some of the most thrilling entertainment.

Lebanese youngster Christopher El Feghali emerged as overall winner after an action-packed Final in which he fended off Benjamin Wade, Zain Elhommossany and Shivali Sinha.

There was nothing in it as they battled in the 16 lap Final with El Feghali crossing the finish line a quarter of a second ahead of Wade, who was best of the UAE RMC contingent, followed by Elhommossany and Sinha in his slipstream.  After a race-long fight, Adam Awan secured 3rd place in the MENA category ahead of Shonal Kunimal and Abdul Wahab Al Habsi.

The Mini MAX winner’s trophy had Harry Hannam’s name etched on it all weekend as the Dubai-based youngster set the benchmark throughout the weekend, only once beaten in the five races on the bill.

In the Final, Hannam cruised to a comfortable victory with Bertie Gibbons, the only driver to come close, finishing second, ahead of Lewis England in third and Sofia Necchi fourth.

The best-placed MENA driver was local hero Fahad Al Rawahi in fifth, with Jordan’s Faisal Nashkho runner-up in the category and Tunisia’s Arken Ben Yousef enjoying a sensational run from the back of the field to take 3rd in class. 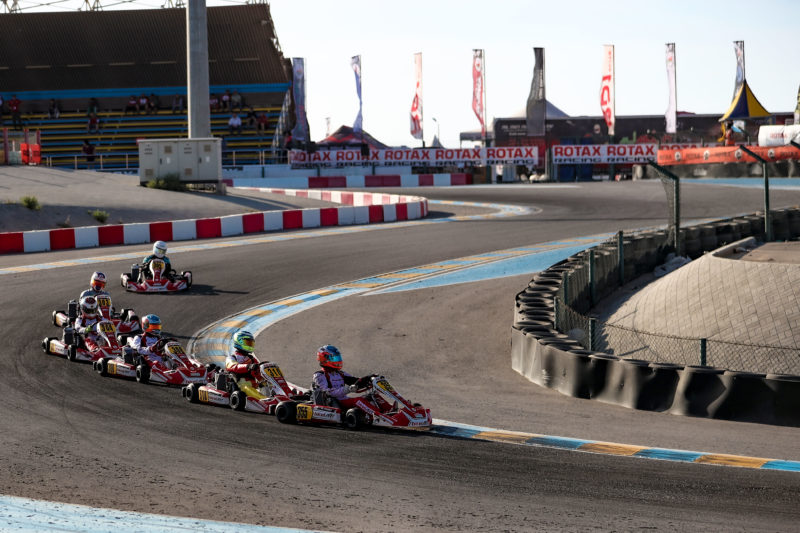 The Junior MAX class is always action-packed, and this edition was no exception. UAE RMC driver Kamal Agha set the pace throughout, winning all the Heats and the Pre-Final.

In the Final, things went wrong for Agha and William Wade as they tangled while fighting for the lead. Both lost time and places which allowed fellow UAE driver Georgie Zouein to snatch an unexpected victory while Kuwaiti driver Fahad Al Khaled came through as the best-placed MENA driver in second place overall.

It was a ‘grand-slam’ for Khaled Saab in Senior MAX as he qualified on pole, won all the heats, bagged the Pre-Final and then claimed victory in a thrilling finale. Theo Kekati and Jacopo Mazza chased Saab hard throughout the two days, and in the Final, they came very close to ending the winner’s perfect record.

But in the end, Saab played it smart by being defensive when needed but at the same time setting a blistering pace to keep his rivals at bay, which he did by three-tenths of a second with Kekati next up and Mazza third as they crossed the line. Best of a strong MENA contingent was a double Jordanian triumph with Abdelrahman Fraij and Ameer Al Najjar first and second, followed by Algeria’s Said Rezgui.

Kyle Kumaran has had electrifying pace all year, thus no surprise he started the event as the man to beat in the DD2 class. But the Dubai student met his match as Lebanese driver Matthias Njeim and local Omani hero Abdullah Al Rawahi gave him a run for his money.

Njeim signalled his intentions when he won the first heat before Kumuran got going and took control of proceedings, with Al Rawahi also in the mix.

With back-markers failing to get out of the way on the last lap, Kumaran lost the small advantage that he had held to that point and it was a photo-finish as he edged Matthias Njeim by a mere hundredth of a second as they crossed the finish line side-by-side.  Al Rawahi and Patrick Njeim made it three MENA drivers among the top four finishers. 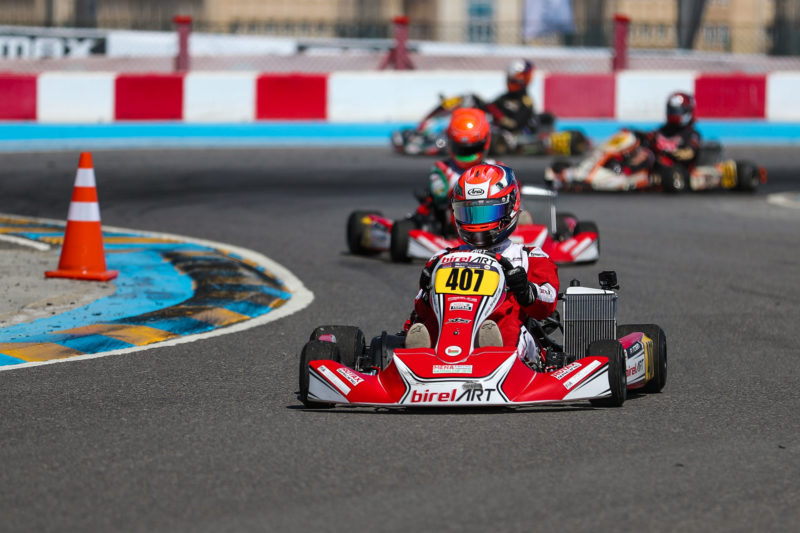 UAE RMC Championship Director Guy Sheffield summed up: “The combined MENA Karting Championship Nations Cup and UAE RMC has been a fantastic event to be involved with and has set the benchmark for such events in the future. Credit must go to the combined efforts of the organising team and especially Oman Automobile Association who made the perfect hosts.

“Many remarked that the event was like a small Grand Finals, which is exactly what the team delivered for more than 100 drivers from 20 nations, many of the MENA drivers racing outside of their countries for the first time.

“The racing was close and packed with drama, with some surprise wins and a number of races we will not forget in a hurry.  Congratulations not only to Team Oman for winning the Nations Cup and the various class Champions, but also the drivers and support crews that gave their best and represented their nations proudly. This has been a ground-breaking event for the region and a resounding success for the FIA Sports Grant programme”