24H: Showdown in Texas as the 24H SERIES reaches season finale at COTA 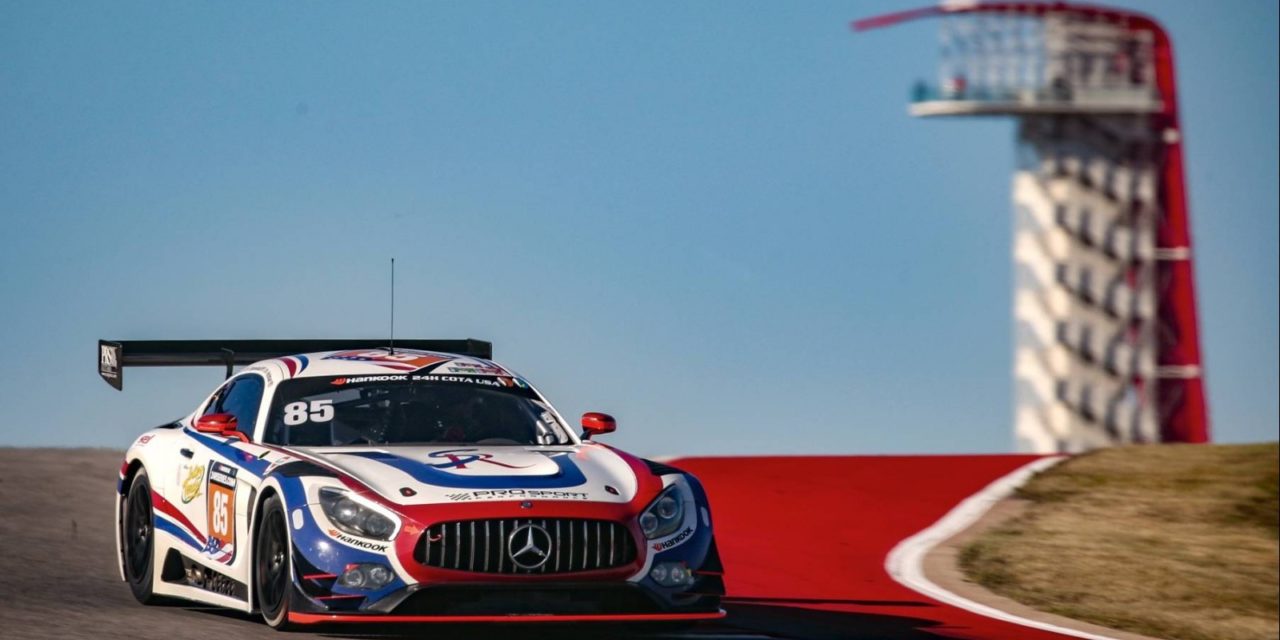 GENNEP/AUSTIN (12 November 2019) – After races in Asia and Europe, it is now time to head to North America for the season finale of the 2019 24H SERIES Continents powered by Hankook. For the third consecutive year, the Circuit of The Americas in Austin, Texas, will serve as the venue for the Hankook 24H COTA (15-17 November), organised by Dutch agency CREVENTIC. The combination of the 24H GT division and the 24H TCE division is expected to result into a grid of around 30 cars. “After two years, our event in the US is now firmly established,” CREVENTIC’s Peter Freij says. “It is pleasant to see the growing interest from North American teams: about a third of the grid are teams from the US and Canada.”
Only a few weeks after Formula 1, GTs and touring cars will now be taking centre stage at the Circuit of The Americas during the third running of the Hankook 24H COTA. “Organising our first race in North America was quite an adventure two years ago, but we were overwhelmed by the great welcome we got. Co-operation with local staff and management and everyone involved has been really smooth and returning to Austin now very much feels like coming home,” Peter Freij explains.

Drivers from all categories hail the Circuit of The Americas with an undulation of 40 metres as one of the best circuits built in the past ten years. Therefore, it doesn’t come as a surprise that interest for the Hankook 24H COTA, the only international endurance race at the venue near Austin, is rapidly growing. Once again, there will be separate starting groups for the 24H GT division and the 24H GT division.

Following the season opener in Dubai and the European rounds at Barcelona and Portimao, the race in Texas is the final round of the 24H SERIES Continents. German team Leipert Motorsport is leading the overall GT teams’ standings after good results in Dubai and Portimao, but Car Collection Motorsport is following closely in second place of the standings, only three points down on the leaders. In the TCE teams’ standings, Swiss outfit Autorama Motorsport by Wolf-Power Racing is 14 points ahead of Belgian team AC Motorsport. In the drivers’ championships and the various classes, the battles for the titles will be decided at the Circuit of The Americas, too.

Eight entries in the A6 classes (Pro and Am combined) are leading the GT segment. Participants include Ben Keating, Jeroen Bleekemolen and Felipe Fraga, the reining North American Endurance Cup champions from the IMSA WeatherTech SportsCar Championship, as well as all-American teams CP Racing and Park Place Motorsports. German team Black Falcon won the race at COTA last year and will be trying to repeat this success. Brands represented in the A6 class are Mercedes-AMG, Porsche, Audi and Ferrari. GT points leaders Leipert Motorsport, meanwhile, are competing in the SPX class with the Lamborghini, taking on Black Falcon’s all-new Mercedes AMG GTX and Cor Euser Racing’s MARC II V8 silhouette car. American team Kelly-Moss Motorsports, a household name in US-based Porsche competition, will be taking on the European regulars in the 991 class. The GT4 category has seven teams entered, one from Canada, five from the US and one from Germany, representing BMW, Sin, Ginetta and Mercedes-AMG.

Dutch outfit Bas Koeten Racing took TCE divison honours at COTA last year under the LMS Racing banner. The team is now back under the TOPCAR Sport entry as one of three Cupras in the touring car field. Other brands in the TCR class are Volkswagen with the two cars entered by TCE points’ leaders Autorama Motorsport by Wolf-Power Racing, Honda and Audi. A single BMW M235i Racing Cup car in the CUP1 class rounds out the touring car division.

With the Radical Cup North America and the SCCA Pro Spec Racer categories, there are two official support classes for this year’s Hankook 24H COTA. Private test sessions are scheduled for Thursday, 14 November, while official track action gets underway on Friday, 15 November, with free practice from 9.15-10.45 hrs, followed by TCE qualifying from 14.00-14.45 hrs and GT qualifying from 15.00-15.45 hrs. Night practice is held from 18.00-19.30 hrs. On Saturday, 16 November, the first part of the 24-hour race runs from 11.30-22.30 hrs, followed by the final part on Sunday, 17 November, from 8.00-21.00 hrs (all times local). After the race, there will be an end-of-season celebration including a fireworks display, followed by the prize-giving ceremony.

Live streaming in HD quality with commentary from the Radio Show Limited team, well-known from IMSA Radio and Radio Le Mans, is available on the series’ website and Youtube channel as well as Motortrend on Demand. There will also be regular updates on Twitter, Facebook and Instagram (24H Series). Hankook is the official title sponsor and exclusive tyre supplier for the event, Gulf is the official fuel partner of the event. During the race weekend, donations are collected for ‘Toys for Tots’, the popular charity of the US Marine. Stand 21 Racewear, DRD international for pit equipment, screen protection etc and Speedcom for radio communication equipment and support will be present with sales and service booths in the paddock at Circuit of The Americas. Further information can be found at  www.24hseries.com.