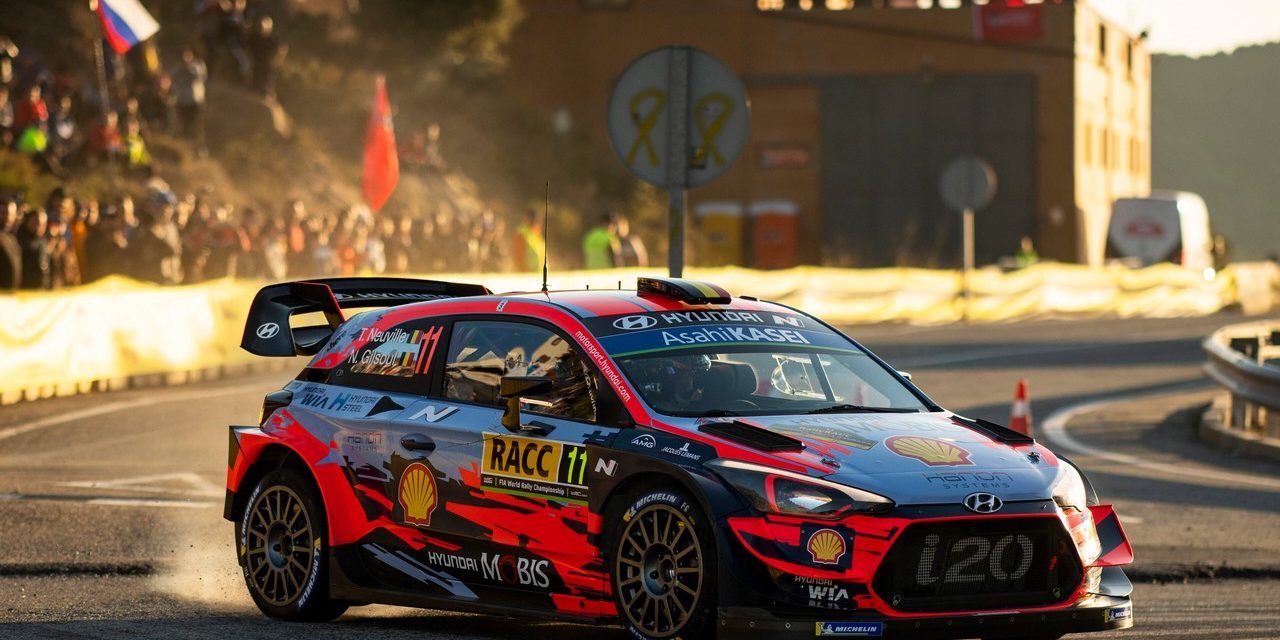 He snatched second place in the closing Wolf Power Stage to secure the 2019 crown with a round to spare, ending a 15-year French domination by the sport’s most successful drivers, Sébastiens Loeb and Ogier.

Tänak started the final asphalt speed test in third place. He needed to finish no lower than one position behind leader Thierry Neuville in the final bonus points-paying stage to prevent the Belgian carrying the fight into next month’s Australian finale.

He didn’t require the bonus points, sweeping past home hero Dani Sordo to claim second place in a Toyota Yaris and spark wild celebrations among the Estonian fans. He finished 17.2sec behind Neuville’s Hyundai i20, with Sordo, in another i20, a further 0.4sec adrift.

Tänak presented a calm figure throughout the championship’s only mixed surface event, but later revealed the stress he had carried.

“It’s difficult to say the pressure I felt this weekend – it was next level. To manage all this and get through it has been the target of my life. When you are on the verge of this you cannot imagine it,” said Tänak.

Neuville had led since Saturday morning in a bid to keep his title dream alive. His third victory of the season, allied with Sordo’s podium, enabled Hyundai Motorsport to extend its manufacturers’ championship lead to 18 points over Toyota Gazoo Racing.

As on Saturday, Loeb struggled for pace on the smooth flowing asphalt roads in Tarragona. Having led on Friday night, the Frenchman fell away from the podium battle to finish fourth in another i20, 36.3sec behind team-mate Sordo.

The season closes at Kennards Hire Rally Australia on November 14-17. The gravel event is based in Coffs Harbour, New South Wales.

What's the point of this, not worth watching

Have you been watching that??? Like bumper cars blimping into wall every lap 🤔 damage is off so easy game...

He has got to get out of that William's.

Prime position for that Merc seat good on him