MotoGP: Lorenzo, Crutchlow and Chantra continue their tour of the Thai capital ahead of Buriram GP 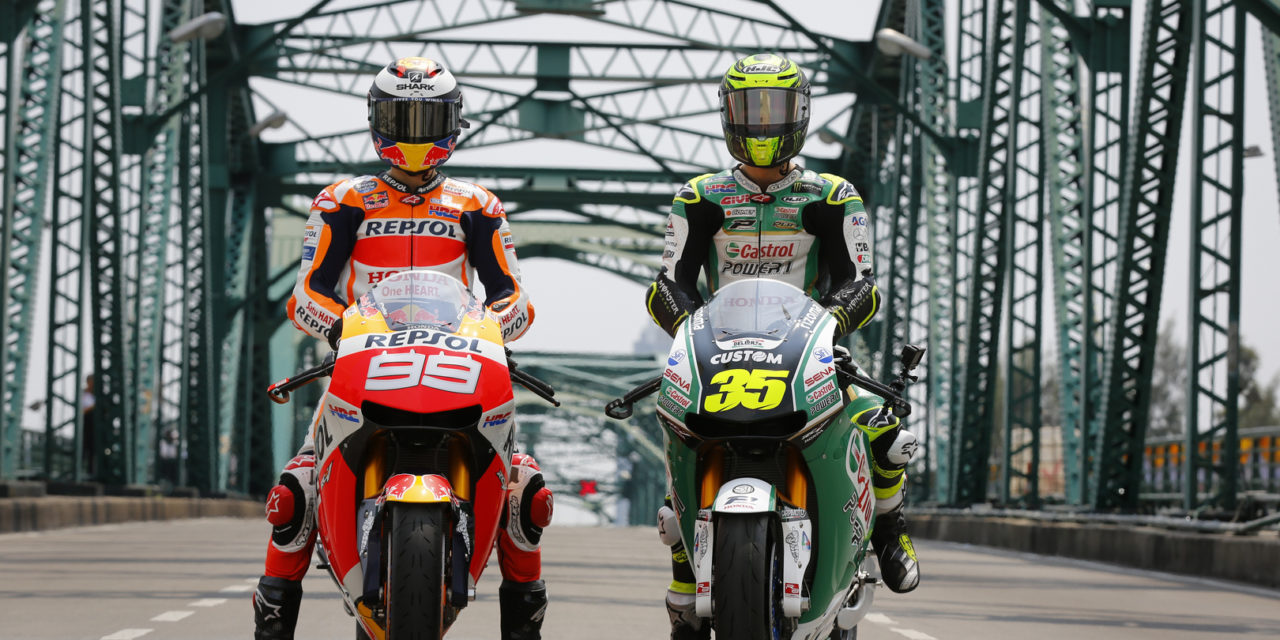 Wednesday, 02 October 2019-After touching the sky on Tuesday and before touchdown in Buriram on Thursday, Jorge Lorenzo (Repsol Honda Team), Cal Crutchlow (LCR Honda Castrol) and Somkiat Chantra (Idemitsu Honda Team Asia) had chance to see a few more sights in Bangkok on Wednesday – and got to ride their machinery through some of the streets of the Thai capital.

The day began for Lorenzo at Wat Pho – the temple of the reclining Buddha – where the five-time World Champion was able to wander around the incredible complex, taking in some history and even posing for a few selfies with fans. Crutchlow, meanwhile, began at Tha Tian Market nearby, where the Brit headed into the maze of incredible sights and smells of the place. They both came across a famous local face too, as Chantra visited the temple and the market before the trio regrouped.

To bring the event to a close, it was showtime. After displaying the Repsol Honda and LCR Honda Castrol machines at the MahaNakhon on Tuesday evening, now it was time for engines on and a real ride on the streets of the city… 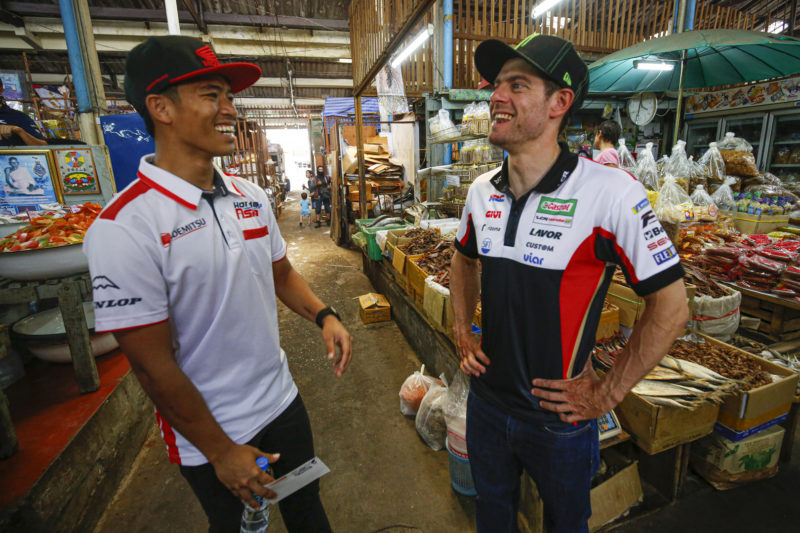 Chantra (L) made for a good tour guide

The Chao Phraya River snakes its way around Bangkok, and there are a few different ways to cross – ferries, different boats…a few bridges. Or, you can leave some awestruck faces in your wake as you ride across one of the city’s best landmarks, Memorial Bridge, and that’s exactly what Lorenzo and Crutchlow got to do.

The riders got suited and booted before the two Hondas roared across in unison and did a couple of runs, with the city traffic stopped in its tracks for the special event. And then it was back to Wat Pho and the rendezvous point to cool off and get ready to ride at full speed on Friday in front of an even bigger crowd.

Jorge Lorenzo: “It’s always nice to be in Bangkok, I love the city and I love the people, they are always smiling. It’s been nice to discover parts of the city I didn’t know, and to do a run on the MotoGP bikes here, it’s been a good pre-event!

“Here I was very unlucky last year because I got injured after the gear problem and I missed the race, so hopefully this time I can finish all the practices and race for the first time in Thailand.”

Cal Crutchlow: “It’s been a good couple of days! We got here yesterday and it’s a privilege to be welcomed to Thailand as we are, we got to go to the tallest building in Bangkok yesterday and have a look around, and then today we got to ride over the bridge in the centre of the city as well. It’s been good fun compared to other events, and it’s great to be able to share it with the people of Thailand.

“Hopefully this weekend I’ll do better that last year, I was seventh, but I’d like to finish in the top five or six this year. But the aim is the same, to try and be near the podium and be able to fight, and I think we can this weekend. I’m looking forward to going to Buriram later today, we have another event tonight and then I’ll make my way there and prepare the weekend.”

Somkiat Chantra: “I’m very happy, today walking around with Jorge Lorenzo and Cal Crutchlow…but here in Thailand it’s very hot! It’s a special race weekend. This year I want to improve, last year in Moto3 I finished in ninth but this year I’ve been training more, in Moto2 I’m really happy and I’m happy to do my home race. I’ll try my hardest and push!”

MotoGP™ now heads north to Buriram to really get in gear for the PTT Thailand Grand Prix, with the race set for 14:00 (GMT+7) on Sunday 6th October.