WRC: Three in a row for Tanak at Rally Deutschland 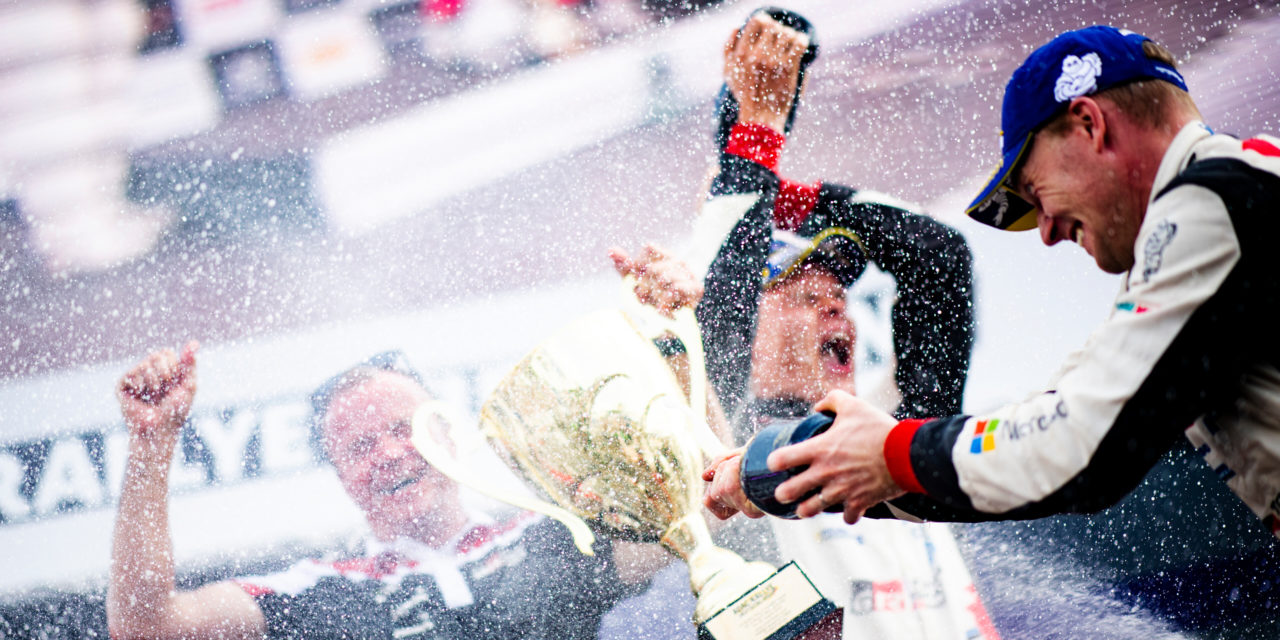 He survived a late scare to claim his fourth victory in five rounds, leading Toyota to their first clean sweep of the podium since 1993 and the first in the WRC since this rally four years ago.

Brake problems on his Toyota Yaris in the penultimate speed test forced Tänak to drive cautiously through the closing Wolf Power Stage, but he had enough in hand to head Kris Meeke by 20.8sec with Jari-Matti Latvala a further 15.2sec behind.

The Estonian extended his championship lead to 33 points with four rounds remaining. His Toyota Gazoo Racing squad closed to within eight points of leaders Hyundai Shell Mobis in the manufacturers’ standings after a 1-2-3 finish.

The four-day encounter was fought out on bumpy vineyard tracks in the Mosel, gruelling multi-surface tank training roads and smooth country lanes in the Saarland countryside.

Tänak gained control yesterday afternoon after a thrilling duel with title rival Thierry Neuville came to a premature end when the Belgian stopped to change a puncture on his Hyundai i20.

He admitted he had mixed feelings after being unable to attack for bonus points in the final test.

“We started to have some issues in the previous stage so I couldn’t push. We only had one brake at the front. I’m not really happy about that, but we’re here and I am happy about that. The team has missed out on a 1-2-3 a few times so it is good to do that finally,” he said.

Meeke and Latvala eased through the final leg among the Mosel grapes, content to hold their positions and guarantee a stellar result for the Japanese manufacturer.

Dani Sordo completed the stages in fourth, but the Spaniard sacrificed the place when he incurred a penalty by leaving the final service late to allow team-mate Neuville to move up from fifth and collect more championship points.

There were more team tactics behind. Esapekka Lappi was sixth, but adopted the same strategy as Sordo to enable Citroën C3 team leader Sébastien Ogier to climb from eighth to seventh. Lappi dropped two places and Andreas Mikkelsen also profited as he inherited sixth.

Ogier and Lappi both struggled with major understeer and world champion Ogier now trails Tänak by 40 points and Neuville by seven.

The championship reverts to gravel next month for Rally Turkey, which takes place in Marmaris from September 12-15 .