MotoGP: Crutchlow and Viñales get the ball rolling for Silverstone at Stamford Bridge 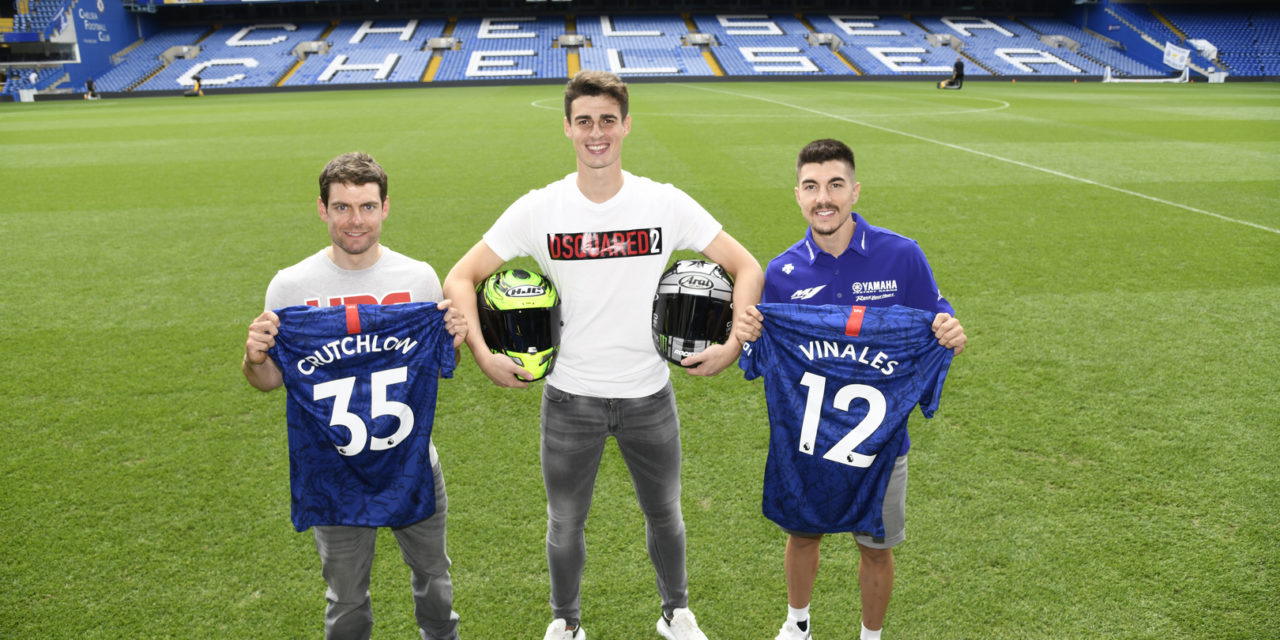 Wednesday, 21 August 2019-Ahead of the GoPro Silverstone British Grand Prix, MotoGP headed into London for a pit stop with a difference as home hero Cal Crutchlow (LCR Honda Castrol) was first joined by 2016 Silverstone winner Maverick Viñales (Monster Energy Yamaha MotoGP) on a visit to Stamford Bridge, the home of Chelsea F.C.

Seeing the changing room, walking through the tunnel onto the pitch and staring up at the stands, the two got a look around the stadium and had a fairly expert guide to see them around – goalkeeper Kepa Arrizabalaga.

The trio talked similarities, differences, support and pressure as they filmed some content for the club and for MotoGP™…and got geared up for another weekend of racing at the legendary Silverstone Circuit.

“I think Kepa, in the position he plays, he’s quite alone and with us being alone with the bike it relates a bit. But the pressure the guys have here at Stamford Bridge, most of the crowd are for the team so I think the pressure is enormous…whereas in MotoGP it’s shared around a lot with different riders. But overall yeah, being an athlete is being an athlete and you have to try and perform at your maximum.”

Maverick Viñales: “Honestly it’s fantastic. I’ve been a big fan of Chelsea since I was a kid and it’s fantastic to be here. It’s a dream come true, you know, something unbelievable!

“Kepa and I speak the same language so it’s very easy. We spoke about the games this season, also our season. It was a good chat, he’s a good guy!

“For sure when you’re at the maximum level of every sport, it’s very similar, you need the same adrenaline. So there are similarities for sure, for sure the speed is different, everything is different. But you know, the pressure, you have to win – so this is very similar too.”

Kepa Arrizabalaga: “It’s really cool to meet with two of the biggest riders at the top of MotoGP, it’s good to have them here at Stamford Bridge so they can get to know a little more about football!

“Football is very different to MotoGP but I think some things are similar: the adrenaline of the last lap, two riders close together, I think the adrenaline is very similar on the pitch!”