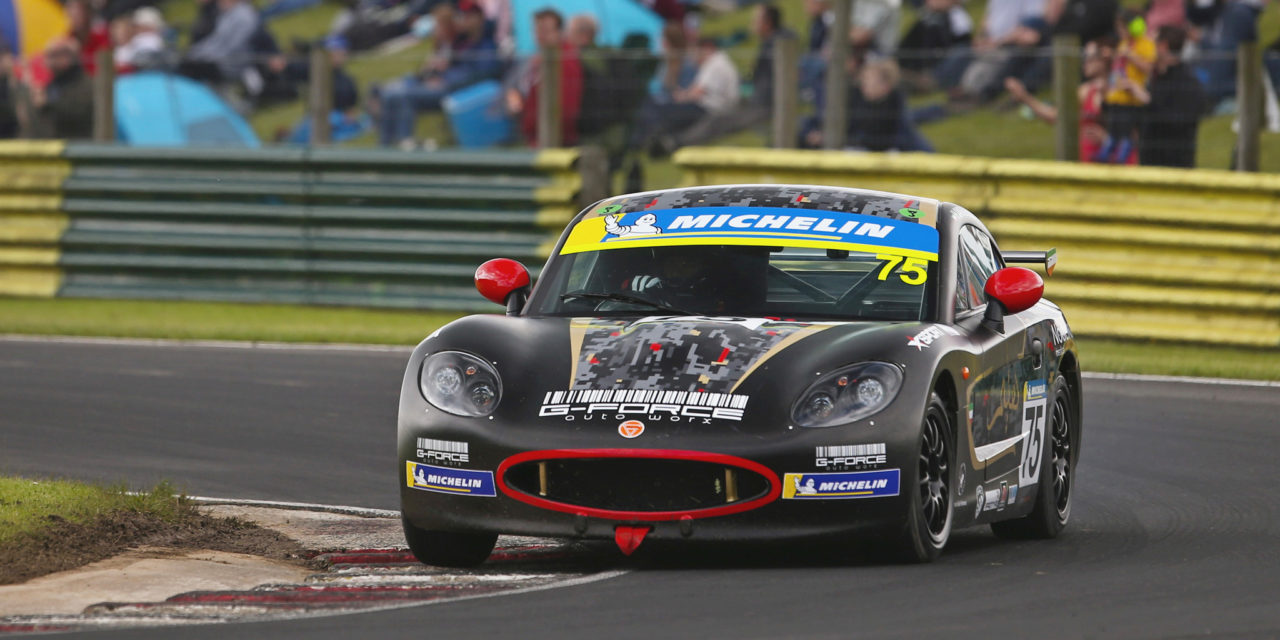 Jun 21, 2019– Round 4 of the Ginetta Junior Championship took place at Croft Circuit, in North Yorkshire last weekend with the British weather again playing a big part in the proceedings. However, with a new car design ready for the weekend, Haytham was upbeat despite the bleak weather forecast.

The race weekend started off with a dry, but cloudy qualifying on Saturday afternoon. Haytham did not have the ideal pace, trying to find the best setup, having never tested at the 2 miles long Croft circuit before. It was all totally new to him. Finally, unable to find the crucial few seconds, he settled for 23rd place start on the grid.

Later that afternoon, for first race of the day, the heavens opened and the circuit had a few hours of heavy rainfall which curtailed other races running before the Ginetta Juniors.

Hoping for a break in the weather, the 25 young drivers lined up to start. Starting behind the safety car, the race was soon red flagged and postponed due to the fact that the down pour had flooded parts of the track. The race was moved to the Sunday, and race two, originally planned for Sunday will be held at another round later in the year.

“I’m pleased that I gained some places to finish in 15th from my 23rd start position. This is my first season of racing, so everything is a steep learning curve. I just need to keep chipping away, taking small gains where I can and hopefully the points will come.”

“I’m also grateful to all my family, friends and sponsors who came to support me again this weekend, and of course the TCR team because without all of them none of this would be possible,” concluded Haytham.

On Sunday, the race started on a damp and cloudy note, but brightened up slightly by the start of Race 1 at 2:10pm.

A few laps into the 10-lap race there was a large incident at turn 4, Haytham managed to avoided the spinning cars and held his ground for the main part of the race, despite a coming together with another car on the last turn which caused some damage to the front right. On the final lap Haytham caught the wet grass at the last hairpin which sent him into the mud, however he regained control to finish in an admirable 15th place.

Haytham is currently 18th overall in the Championship and 9th in the Rookies class.

Next round is Oulton Park on 29/30th June before the championship breaks for the summer in July.