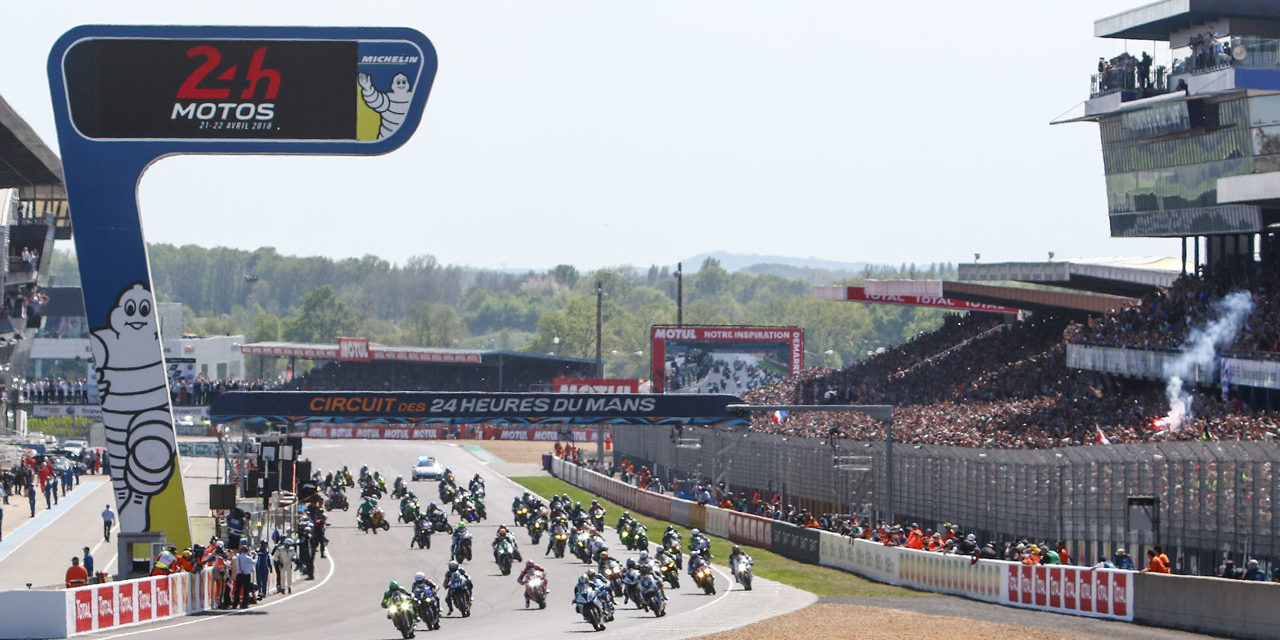 After a nerve-wracking, often unbelievable 24 hours of racing, Jérémy Guarnoni, David Checa and Erwan Nigon on the #11 Kawasaki claimed victory at the 42nd Le Mans 24H Motos. A race that will go down in history!

A crowd of 76,000 spectators gathered to watch this extraordinary race and they are not likely to forget the past 24 hours any time soon! And neither will Jorge Veigas, the new FIM president back at Le Mans for the first time since 1978 to officiate as starter. The tension rose along with the temperatures at the Bugatti Circuit this weekend, and things heated up even more this Sunday afternoon: with an hour and a half to go to the chequered flag, there was just one tenth of a second separating the top two bikes. The fierce tussle went down to the wire, after one last outing for the safety car narrowing the gap further, but eventually handing the advantage to the #11 Kawasaki.

As the Japanese outfit took its 14th Le Mans triumph, their closest rivals Sébastien Gimbert, Yonny Hernandez and Randy De Puniet on the #111 Honda put up a magnificent fight but finally had to make do with second place. The #2 Suzuki, ridden by Vincent Philippe, Etienne Masson and Gregg Black, rounds off the podium with a third place that comes as a fitting tribute to their ‘leader’ Dominique Méliand, who was inducted to the 24H Motos Hall of Fame just before the start of the race on Saturday in recognition of his ten Le Mans victories.

In the Superstock class, the #50 Suzuki Motors Events took the win, while the #17 Kawasaki ITeM 17 triumphed in the Experimental category.

Pierre Fillon, President of the Automobile Club de l’Ouest: “The 42nd running of the 24H Motos was a perfect demonstration of endurance racing: a war of wits and wheel power, the ideal arena for determined devotees of the discipline. Winners of the 24H Motos not only beat their rivals, they also face an internal struggle and a battle with their machine, a struggle to surpass themselves, to push their limits and to pursue their dream. It felt very much like summer at the 24H Motos this weekend, which no doubt added to the huge crowd’s enjoyment, and I’d like to thank everyone who made the trip to Le Mans. Things were a bit trickier for the riders and their bikes and I must commend every one of them for their fighting spirit. And, of course, special congratulations must go to the # 11 team – the winners – our winners. They will go down in 24H Motos history. Bravo!”