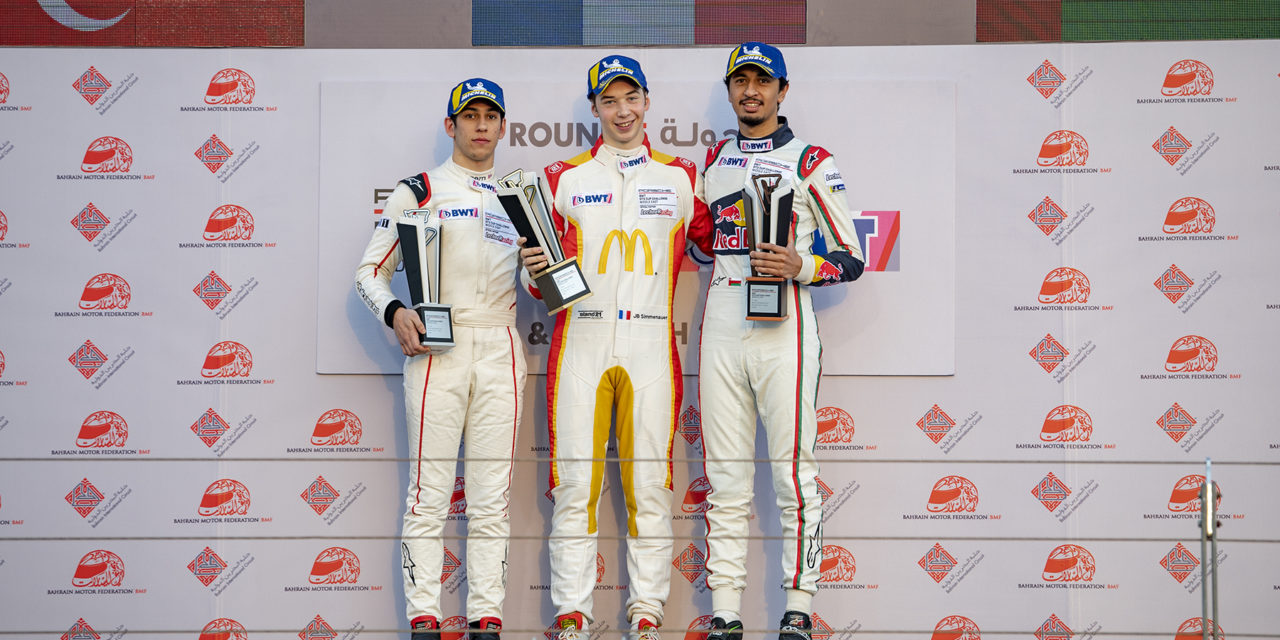 Bahrain’s speed weekend lived up to its name with more thrilling racing on day two of Round 5 in Sakhir. Needing to finish the weekend with a lead of 50 points or more to claim a consecutive title, reigning champion Al Faisal Al Zubair fell just short due to some ferocious driving from Turkey’s Besler and yesterday’s Race 1 winner, J.B. Simmenauer.  It means Season 10 will go down to the wire, with the champion being decided at Round 6 later this month.

Besler put on a blistering display in Race 2 at the Bahrain International Circuit to claim his first Porsche BWT GT3 Cup Challenge Middle East win. Going into the race, the young driver knew the title would be all but Al Zubair’s if he didn’t win. Showing a degree of calmness way beyond his years, Besler was able to hold off the impressive J.B. Simmenauer on the final lap after trading places throughout the race; a contest that will go down as one of the all-time great Porsche GT3 Cup Challenge Middle East battles.

The race started with Besler in P1, J.B. Simmenauer in P2, South Africa’s Saul Hack in P3 and the championship leader, Al Faisal Al Zubair in P4. It got off to an exciting start, with the international roster of drivers going all out in an attempt to gain vital points going into the final round later this month. South Africa’s Saul Hack made an early attempt at the start to go into P2, to be thwarted by Simmenauer, who himself found the smallest of gaps to squeeze by Besler going into turn one and into the race lead. 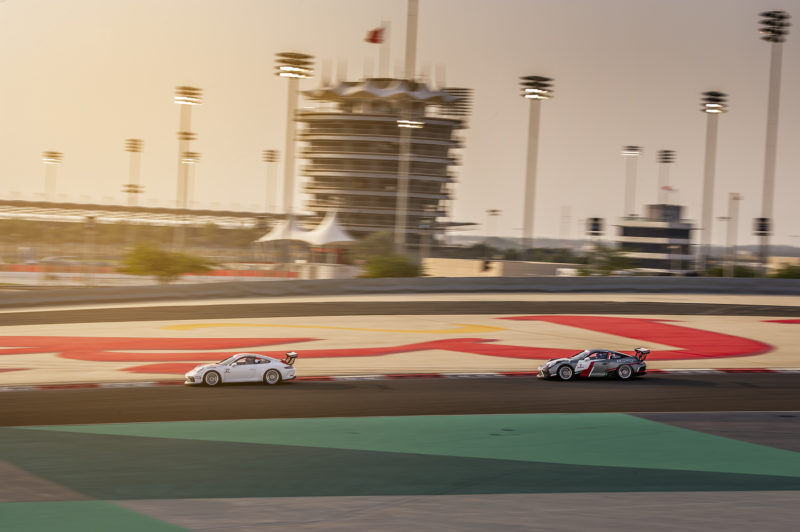 Germany’s Leon Kohler, Al Zubair and South Africa’s Saul Hack showcased an incredible duel in the middle of the pack, trading places in the early laps before Koehler manoeuvred into P3, with Al Zubair holding his nerve to finish in P4 and get one step closer to a second championship title.

The race finished with Besler in first place, Simmenauer in 2nd, Kohler in 3rd and Al Zubair in 4th.

Race 3 was equally as gripping, following a starting grid of Al Zubair in P1 and J.B. Simmenauer in P2 after clocking qualifying times of 2:01.851 and 2:02.290 respectively.  It was the Frenchman who was able to continue his fine form from lights out as he got off to an electric start, taking Al Zubair before turn one and holding him off with the skill and poise of a seasoned driver. Besler then showed great determination on lap 7, picking his moment to manoeuvre past Al Zubair into P2 and eventually into P1 after another fierce battle with Simmenauer.

However, it was the Frenchman who held his nerve going into the latter stages of the race, applying enough pressure to make Besler slip on lap 11 and steering his way to victory, his second of the weekend and third overall in Season 10.

Speaking after Race 3, Besler said: “Winning Race 2 was an incredible feeling as it was my first victory in the championship. It was the most exciting race of the series and J.B. pushed me hard throughout. I knew going into the race that Al Zubair could claim the title today, so to be able to get a win at such an important time makes me happy. Race 3 was also a brilliant race and another great battle between me and J.B.. Credit to him, he raced very hard and deserved his second win of the weekend.”

Simmenauer said of the weekend: “It was a very good weekend. We worked hard as a team from the beginning to get these results and it was tough because Berkay and Al Faisal were both very fast. It was a very hard weekend of racing but all in all I’m really happy with the two victories and I feel like I’ve come a long way this season, especially considering my two DNFs in the earlier rounds of the championship.”

Series organiser Walter Lechner, of Lechner Racing, said: “I think Race 3 was one of the most exciting in 10 years of the series. This weekend we had three races, 60 cars, and no nasty incidents, it proves they respect each other on the track. Other championships come and go but we are the most professional series in the region. We are now going to the last race which will be the support race for the Formula 1 Grand Prix, it can’t be any better.”

Following Round 5, Al Zubair currently sits on 326 points, 41 points clear in the overall standings ahead of Besler in second (285 pts) and Simmenauer third (251 pts).

The series returns to the Bahrain International Circuit for Round 6 later this month, with Q1 taking place at 20:00hrs on Friday 29th, followed by Race 1 at 11:55hrs on Saturday 30th and Race 2 – the official support race to the 2019 Formula 1 Gulf Air Bahrain Grand Prix – at 15:30hrs on Sunday the 31st.

Championship standings after 5 of 6 rounds