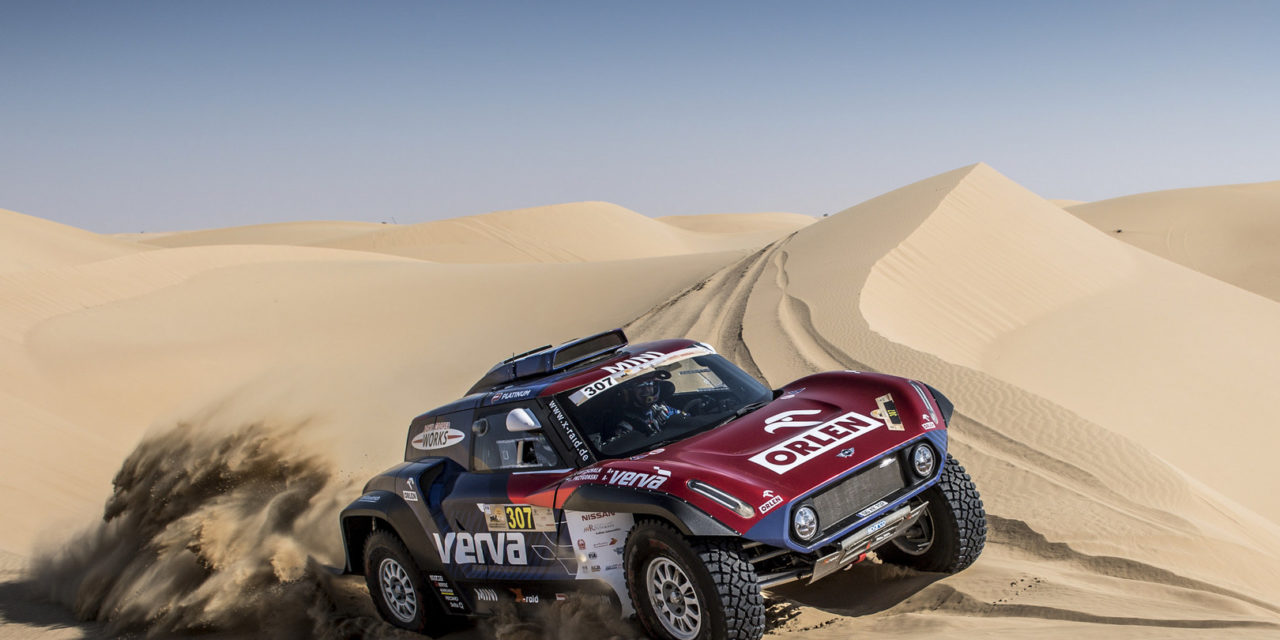 UAE-based South African rider Aaron Mare, who had led at the half way point last year before being halted by mechanical failure, captured the bikes title from Frenchman Benjamin Melot who finished runner up for the third time in succession.

Finishing third another 2 mins 2 secs away in the second round of the 2019 FIA World Cup for Cross Country Bajas for cars and buggies were the Czech pairing of Martin Prokop and David Kripal in a Ford Raptor RS Cross Country. 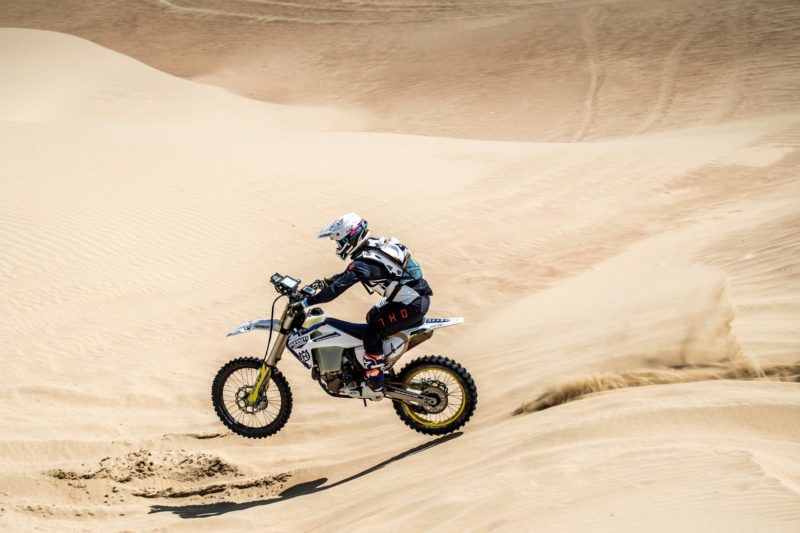 Setting the fastest time on the 204.93km Nissan stage, Russia’s Vladimir Vasilyev and Konstantin Zhiltsov in a Toyota Hilux Overdrive took fourth place ahead of Benediktas Vanagas and Bartlomiej Boba in another Hilux. Czechs Miroslav Zapletal and Marek Sykora in a F150 Evo completed the top six.

Extending his overnight lead, Mare took his Husqvarna to the bikes crown by 7mins 42secs from Melot’s KTM as the opening round of this year’s FIM Bajas World Cup for bikes and quads reached its finish back at Dubai Autodrome, the official rally base.

Another UAE-based South African rider, Mark Ackerman, finished 1 mins 3 secs further away in third on his Husqvarna. Kuwait’s Mohammed Jaffar on a KTM, Emirati Sultan Balooshi on a Kawasaki and UAE-based Ryan Blair on a Husqvarna completed the top six.

Success for the host country came in the quads category, with Emirati Khalifa Al Raisse on a Honda  700 TRX winning with 14 mins 45 secs to spare from Saudi Abdulmajeed Al Khulaifi on a Yamaha.

Russians Alexander Baranenko and Alexander Gorkov in a Toyota Land Cruiser won the T2 production category, while the T3 Side by Side crown went to Qatar’s Adel Abdulla and French co-driver Jean Michel Polato in a CAN AM Maverick X3.

“Once again we have seen some classic cross country rallying in the Al Qudra desert, and this event continues to go from strength to strength,” said Mohammed Ben Sulayem, President of the Automobile and Touring Club of the UAE, the rally organisers, and FIA Vice President for Sport.

On a day of spectacular cross country rallying at its best, the leading drivers fought out a series of head to head battles over the dunes and salt flats. Przygonski, whose Dubai Baja success last year launched him on a path towards the world title in the FIA cross country rally series, completed the Nissan stage to say: “We had a plan to push from the go and attack to the maximum levels. We caught up to Al Qassimi at the 150km mark and then we both stuck to each other. For 10kms we were chasing each other, jumping the dunes. I lost about two minutes when we got stuck, but pushed through and jumped through the dunes to the finish. I’m really happy and enjoyed it so much.”

Al Qassimi said: “This was a pretty tiring stage from the beginning and Przygonski was really pushing to get past us so we had to keep a good pace. It’s always tough to be the first out as you are making the tracks and have nothing to follow.”

Reaching the finish at Dubai Autodrome, Prokop said: “We had a big jostle with Vasilyev, overtaking many times and really pushing each other. We’re really happy to make the podium. It’s great that two groups were fighting for those positions. It made the end of the stage really exciting.”

Vasilyev, twice a winner of the Abu Dhabi Desert Challenge, commented: “We managed to overtake Martin and then played a game of catch up, each overtaking each other, every time, pushing each other. We had a small problem with the right hand front wheel drive shaft but not too bad.”

New bikes champion Mare said: “It was another really good day of riding. I was really pushing for the first 70kms of the stage and opened up a gap from the other riders. I took it easy for the next two refuel stages as I didn’t want to make any mistakes and lose time. Towards the end I gave a final push to try and extend my lead as much as possible.”