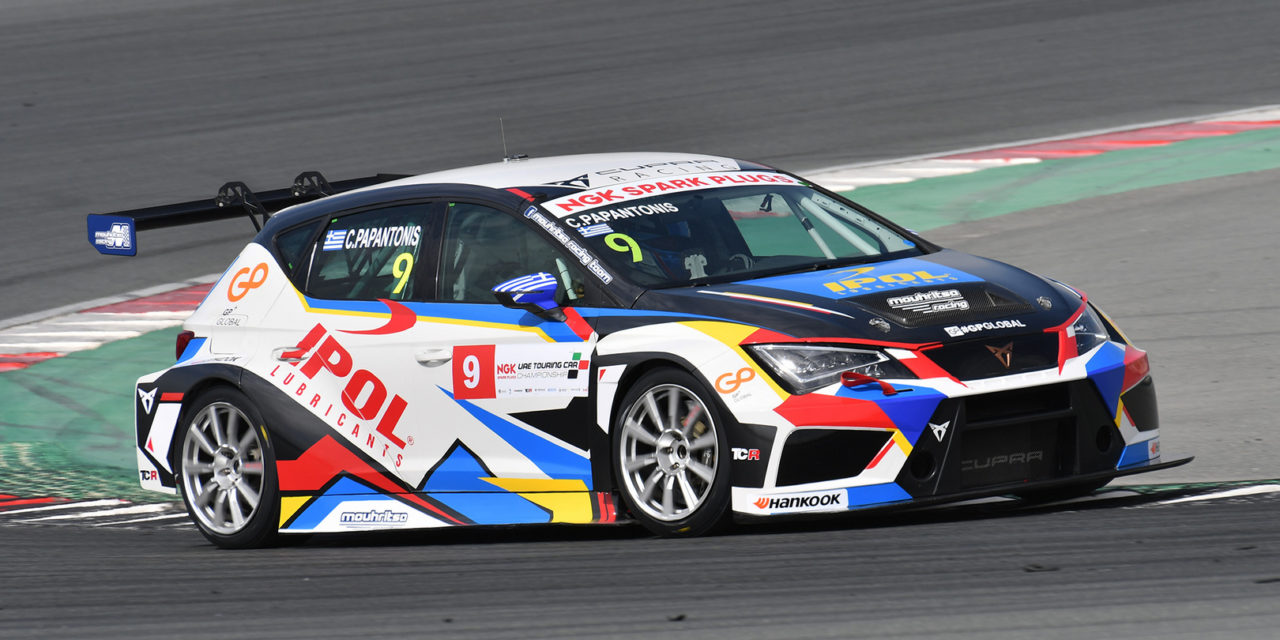 The popular touring car segment of last season’s NGK Racing Series expanded in size to justify a championship of its own, and former champions Costas Papantonis, Alexandros Annivas and Will Morrison, as well as newcomer Ricky Coomber, have made their mark in the new series.

Costas Papantonis currently has the hottest car on the grid, a TCR Cupra courtesy of Gulf Petrochem/Mouhritsa Racing. The Greek driver was dominant on Saturday, qualifying on the 5.39-kilometre Grand Prix Circuit at Dubai Autodrome with a best lap time of 2:12.110, well clear of the rest of the field.

Papantonis then took command of the next two races. Once the 350 BHP Cupra opened up and stretched its legs, the remaining cars were gasping to catch up. He clinched victory by over half a minute in both contests, taking TCR Class and overall honours.

Only one driver gave Papantonis trouble, and that was another Greek and another Gulf Petrochem/Mouhritsa brute of a car. Alexandros Annivas gave chase in a Class One Seat Leon Super Copa. He had to settle for second-place overall on both occasions, but he chalked up two Class One victories in the process.

The number 48 Honda Integra by ZRT Motorsport is back for another season but this time with a different pilot at the helm. Ricky Coomber trailed just behind the Greek drivers, to settle for third-place finishes overall but, more importantly, a pair of Class Two victories over Saudi sensation Reema Juffali.

Coomber had another prize in store. At the end of the races he was voted Airlink International Driver of the Day and presented with a jumbo AED 1,000 cheque by Airlink Assistant VP of Cargo, Mr. Rashed Juma Bin Bakhit.

The feistiest part of the touring car field was the Renault Clio Cup Class powered by Renault Middle East, featuring no less than seven contenders to the crown. Defending Clio Cup champion Will Morrison was challenged repeatedly by rival Jon Simmonds, but the Scot managed to scrape ahead for two class wins.