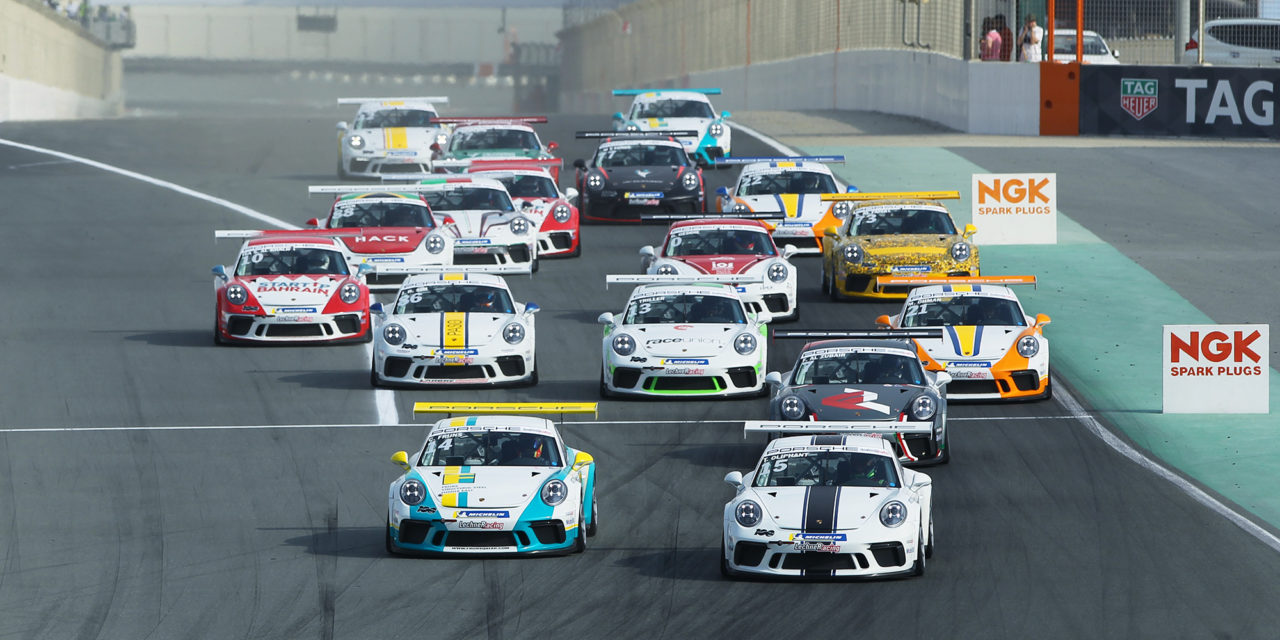 Since 2009 the Porsche BWT GT3 Cup Challenge Middle East has established itself as one of the premier race series in the region. Based on the highly successful Porsche formula for one-make series racing the challenge gives every driver an equal chance to compete, racing in identically constructed Porsche GT3 Cup cars.

Omani driver Al Faisal Al Zubair is expected back on the grid at Dubai Autodrome to begin the defence of his championship title from last season.

The popular touring car segment of last season’s NGK Racing Series expanded in size to justify a series of its own, the new NGK UAE Touring Car Championship. Former champions Costas Papantonis, Alexandros Annivas, Jon Simmonds and Will Morrison have all signed up to challenge the new series.

The Renault Clio Cup Class powered by Renault Middle East will be a hotly contested category, with seven cars currently in the line-up. Defending champ Will Morrision currently leads the class over Peter England after the first round at Yas Marina Circuit in October.

GT drivers from the former NGK Racing Series will also have their own series, the new Gulf Sportscar Championship. The formidable outfit of Dragon Racing, led by Leon Price, have two Ferraris entered to confront the best of Audi, Porsche and Lamborghini.

There will also be formula power on track with the return of the MRF Challenge, one of Asia’s top single-seater series. The FIA-approved championship is set to light up the winter season with a group of talented young drivers from Europe and Asia. The series is organised by Madras Motor Sports Club and a total of 15 races will take place in Dubai, Bahrain and Chennai.

The Gulf Radical Cup has been going strong since 2006 and for this season the series returns to its original promotor, GulfSport Racing. Defending champion Jani Hjerppe is back with his new teammate Shibin Yousaf, and the pair have already scored a victory in the first round this season. Sergey Shalunov finished just .735 seconds behind them and will be looking to do better in Dubai.

Two-wheeled aficionados will be treated to a brand-new bike series, the Al Masaood National Motorcycle Championship, which offers 600cc racing in Supersport and Superstock classes, as well as the Ducati Championship.