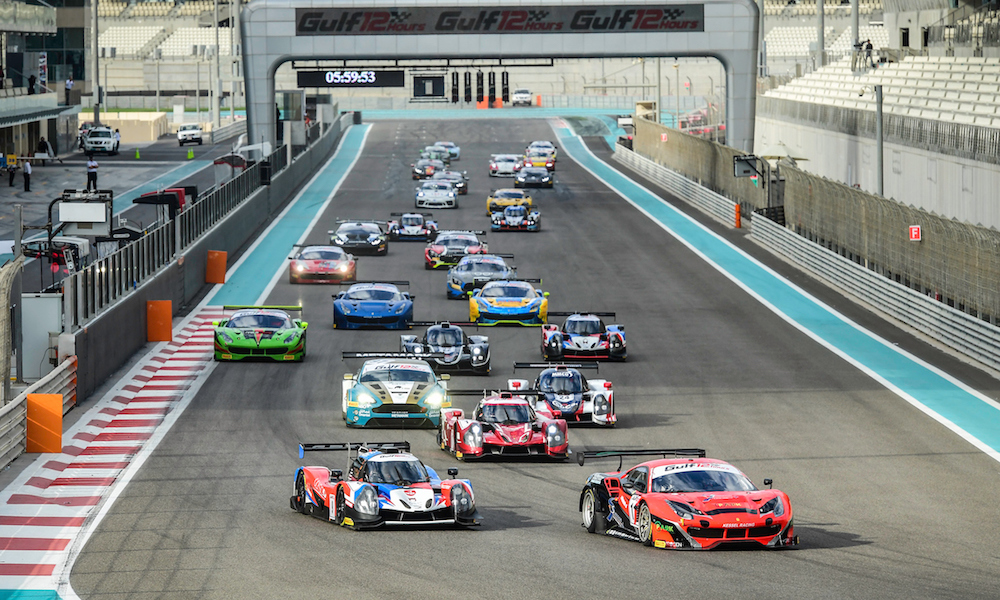 The new Gulf Sports Cars Championship is set to consist of five double header rounds, each round will host two 50min races shared between Dubai Autodrome and Yas Marina Circuit from November 2018 to February 2019.

The promoter will run the 8th edition of the Gulf 12 Hours at Yas Marina Circuit on Saturday December15. Although this international 12h race will not be part of the Gulf Sportscar Championship, however, teams taking part in both events will benefit from special entry conditions and integrated logistics services.

The Gulf Sports Cars Championship will run as a national championship; however, it will be open to International competitors also. This will allow national graded drivers to compete and therefore, it will enable them to qualify for their International licence.

The championship will be open to GT cars and a selection of LMP3 and certain carbon prototypes. The entrants will have a choice to run either a single driver, or a pairing.

Promoters will reserve the right to adjust car performance via BOP bulletins before and during the championship.

“This new project is a result of many meetings and a lot of brainstorming during the past several months with the local stakeholders, including the ATCUAE, Dubai Autodrome, Yas Marina Circuit, the top UAE-based teams and some key European teams. We believe this new championship will be the ideal initial platform to promote the development of the motorsport business in the UAE and in the Gulf region. Starting from January we will also offer our support to the NGK Series organised by Dubai Autodrome, with the aim to develop it in a premier entry-level series for touring cars teams”.

This message is only visible to admins.