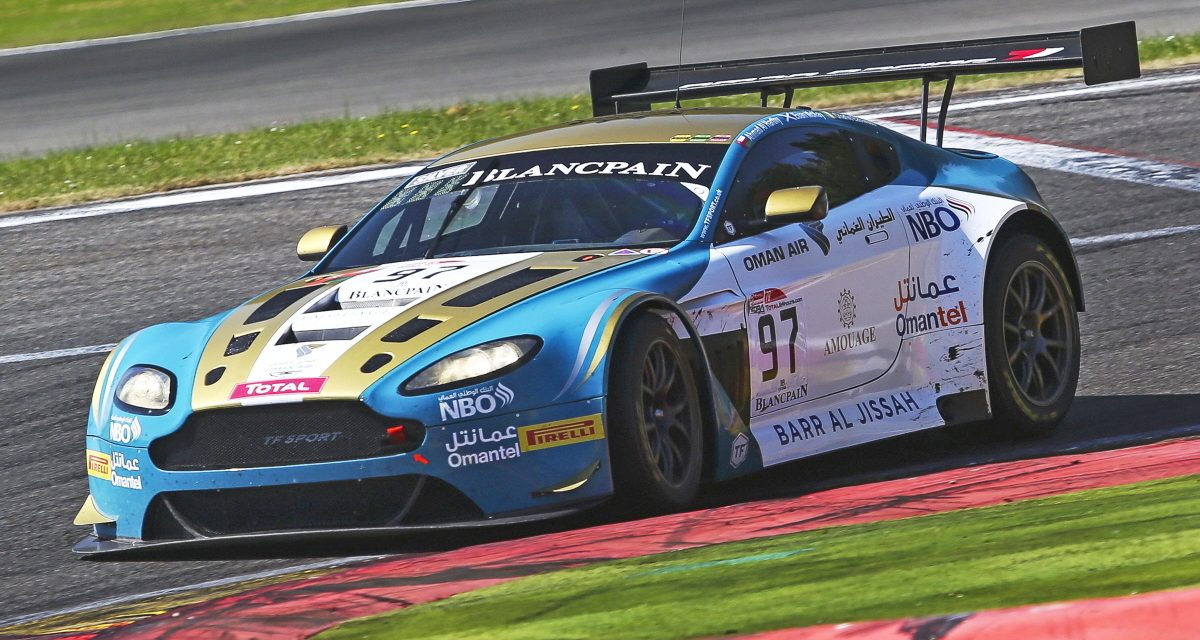 Spa-Francorchamps, scene of Ahmad Al Harthy and Oman Racing’s sensational Blancpain Endurance Cup Pro-Am title triumph 12 months ago, welcomes the globe’s biggest and best GT3 championship for the 2018 instalment of the Total 24 Hours of Spa this week – and the Muscat driver cannot wait.

Fresh from a very pleasing top four run at the Belgian track just over a fortnight ago during testing, Al Harthy heads into the eagerly awaited twice-round-the-clock encounter – the penultimate round of the Blancpain season – fully focused and determined to challenge for the Silver Cup podium.

“We’re all really looking forward to the week ahead, Spa is an incredible place to visit and the big build-up to the 24 Hour race is always very special”, said Al Harthy, “Everyone at Oman Racing is determined to put together a very competitive and consistent challenge, we know we have a great team, great car and with Euan, Charlie and Ross too, I believe we have a very strong driver line-up.”

Heading into round four of the Blancpain Endurance Cup season, which will be the 70th anniversary of the Total 24 Hours of Spa, Al Harthy, Eastwood and McKay are fourth in the Silver Cup standings, just six points outside the championship top three – a consistently strong run throughout the 24 hours, therefore, could be very beneficial indeed.

Uniquely, points are scored at six hours, 12 hours and again at the conclusion of the encounter so consistency can be handsomely rewarded and also have a major impact on the various title battles, particularly with just one race remaining after Spa.

Indeed, during last year’s 24 Hour contest Al Harthy and then team-mates Jonny Adam, Salih Yoluc and Euan Hankey raced to a fabulous second place finish in the Pro-Am class. Holding the lead at the six-hour juncture, Oman Racing was second in class at the halfway point and ultimately took the flag in the runner-up spot.

Notably, of course, the huge haul of points enabled Al Harthy and Adam to wrap-up the Pro-Am title with one round to spare – a landmark victory with the Omani becoming the first driver of Arab origin in the history of the Blancpain Endurance Cup to win one of the category’s championships.

“Obviously, Spa last year was incredible for us – a moment I’ll never forget”, added the Oman Ministry of Sports Affairs, Oman Air, National Bank of Oman, Omantel, Barr Al Jissah and Amouage supported driver, “To complete the 24 Hour is an achievement in itself, you need everything to go to plan, but the most important thing is consistency and that’s what we had last year.

“This year, the challenge is bigger still in the even-more competitive Silver Cup but we made a good start in the official test a couple of weeks ago at Spa and we’re all very focused. It would be fantastic to try and finish on the Spa podium again, and that’s what we’ll be trying to do.”

The build up to the Total 24 Hours of Spa will begin for Oman Racing on Wednesday, 25th July, with a parade of GT3 cars into the nearby city centre. Free practice, pre-qualifying and qualifying, plus a late-night practice, will all take place on Thursday, 26th July, with Super Pole on Friday, 27th July.

Then, on Saturday, 28th July, the 70th Total 24 Hours of Spa race will get underway at 16.30 (local time) and will be streamed live online