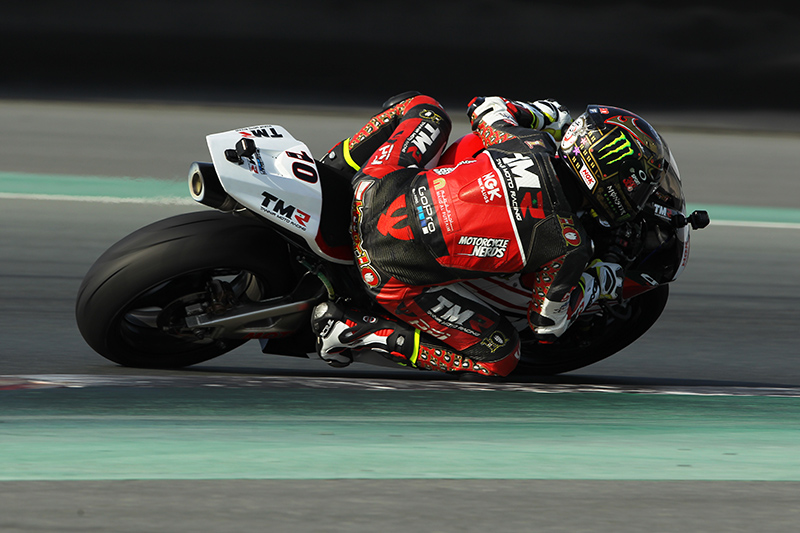 Dubai, UAE, 30 March 2018:  Championship trophies were given out in four different race series at the season finale at Dubai Autodrome on Friday (30 March), headlined by the NGK Racing Series.

The fastest car on the grid was the Dragon Racing Ferrari 488 GT3, driven by Leon Price and Rob Barff.  The duo wrapped up a pair of carefree wins to seal the day, but the 2017-2018 Class Three championship belonged to fellow Dragon Racing driver Jim Geddie.

The Dragon Racing car Porsche GT4 Clubsport, driven by Paul Sebright and Saeed Al Mehairi topped Class Four in both races but it was another Dragon Racing pilot, Tanni Hanna, who claimed the season title. Jonathan Mullan and Umair Khan of ZRT Motorsport claimed a pair of Class Two victories in a Honda Integra and sealed the season title.  Within Class Two, the Renault Clio Cup was another feisty affair, with Peter England taking the first class win and Colin Boyle nabbing the second.  The results were favourable for Boyle but not enough to catch Willie Morrison in the championship and Morrison was crowned the Clio Cup champion for the season.

Fahad Al Gharbally of MSK Racing took the challenge to 600cc championship leader Mahmoud Tannir early on, but at the end of the day Tannir successfully defended his title. The Lebanese rider saved his best effort for the races.   Mahmoud Tannir went two-for-two on the day and secured another 600cc title.  Another Honda rider, Brendan Zaaiman, took second-place on both races.

South African rider Lara Pepler struggled on the day, finishing in fourth each race, but she still walked away happy having done enough to secure the 600cc Rookie Cup for the season.

Kane Shepherd of Thailand was perfect on the day, racking up a Motorsport hattrick with top marks in qualifying, two race wins and the championship crown.

Shepherd jumped right out the gates in qualifying with a best lap time of 1:21.900, almost a full second faster than his nearest competitor, Nabil Hussain. Then Shepherd made it look easy, coasting to victory by 6.311 seconds over Gulhuseyn Abdullayev in Race One and 12.466 seconds ahead of Hussain in Race Two.

Kane Shepherd wrapped up the season on 230 points to take the title and a scholarship prize worth $20,000.  Filip Kamiiarz claimed second-place with 138 points and Talal Beshara secured third-place on 109 points.

The established order got a shakeup on the weekend with Ian Roberts of GulfSport Racing seizing a narrow victory in Race One and Mikhail Stepanov of B-Tuning taking Race Two. Dream Racing’s Mark Stoleson and Tarek Elgammel topped the second qualifying session to start well but two racing DNF’s in a row took them out of contention for the day.

Championship leader Jani Hjerppe and his Dream Racing teammate Seppo Mantyla also did well early on as frontrunners in the first qualifying session, but then struggled in the next two races.  The Finns only managed fifth place in Race One and then improved to second-place in Race Two.