Dubai: Drivers ready to get back on track in the Porsche GT3 Cup Challenge Middle East at Dubai Autodrome 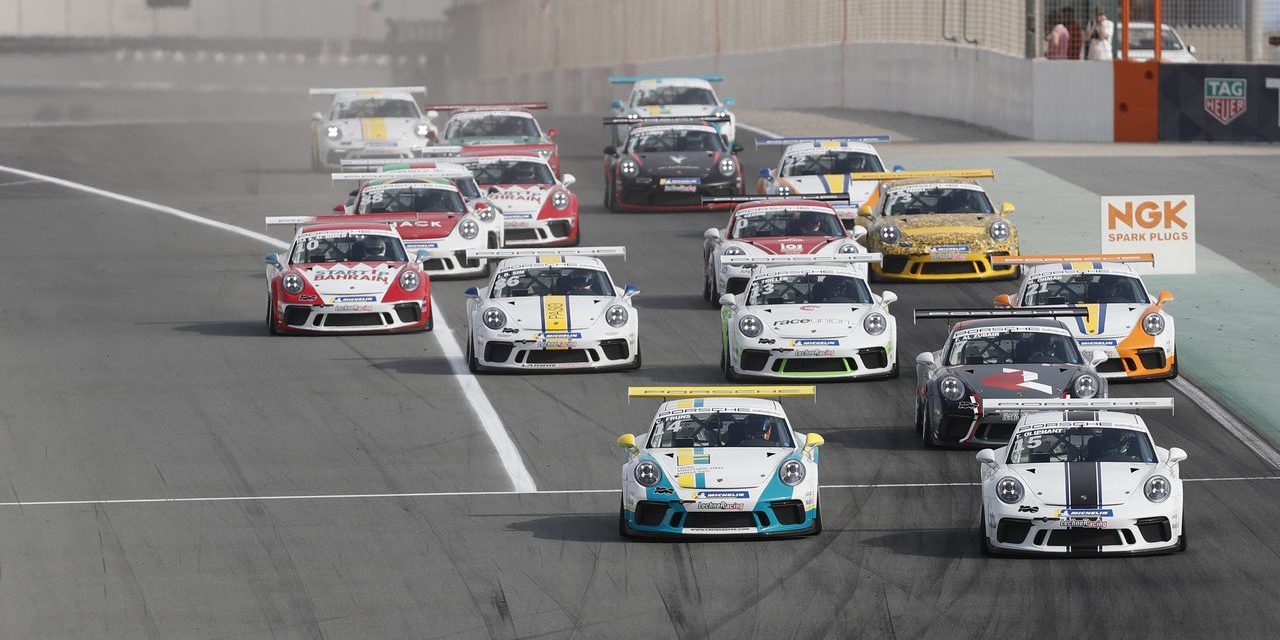 Drivers are eagerly awaiting their return to action following a short winter break in the Porsche GT3 Cup Challenge Middle East, after closing the year with very little between those contending for the silverware at the top of the standings.

Season 9 of the region’s first and only professional championship will roar back into life and resume racing this weekend, 26-27 January at the Dubai Autodrome, and rivalries are predicted to be reignited once more.

Looking ahead to Round 3, Omani driver Al Faisal Al Zubair said: “I feel ready and prepared for the next round. I’ve worked hard in the first four races of the season to get to this position and I am one step closer to my overall goal.

“Sometimes having a break in the middle of the season can unsettle drivers and interrupt their form. However, I feel relaxed and refreshed and cannot wait to get back on track and go again. With the level of competition so high, there is no room for complacency. Every race counts now until the end of the season, and I won’t be the only driver giving it everything when we re-start our engines this weekend”

Despite the pause and lack of on-track competition over the winter period, the sense of anticipation amongst drivers has been building recently thanks to the region’s leading endurance race, Hankook 24H Dubai, hosted at the Dubai Autodrome.

The eventual winners of the 2018 race included former Porsche GT3 Cup Challenge Middle East two-time champion Abdulaziz AlFaisal. The victory for AlFaisal of Saudi Arabia once again proving the pedigree of the drivers who have emerged from the regional Porsche series.

Speaking ahead of a return to Dubai, championship leader Tom Oliphant said: “The Porsche GT3 Cup Challenge Middle East has made a name for itself as a breeding ground for talented drivers, and that’s not just drivers from the Middle East. With the perfect off-season weather, world class racing circuits and top level of professionalism on and off track, drivers from around the world are being drawn to the championship each year.

“I’m a prime example of a driver that competes internationally, but wanted to find a place to compete at a top level over the off-season in Europe, to give myself an annual racing calendar and continue to progress and develop all year round. And I am not the only one, the championship is attracting drivers from South Africa, Sweden, Luxembourg, France and other areas of the world that are looking for the same thing. This also provides the perfect opportunity for young drivers from the region to develop and gain experience against some of Europe’s more seasoned drivers, which in turn sees them develop faster and really helps build the motorsport culture in the Middle East.

“I’m delighted to be sitting at the top of the championship at this stage, and I will be working hard over the next four rounds to make sure it stays that way!”

The opening four races in Season 9 were characterised by new levels of intensity and competition. Drivers from overseas now know what to expect when racing here in the Middle East, with both established international and talented local upcoming drivers taking part.

Walter Lechner said: “The rise in talent and competition only enhances this championship in a positive way. It is great to see the different battles that emerge from each category throughout the season. Our drivers can find fair competition at their own level, while striving to reach those ahead in the next category above.

“The championship prides itself on nurturing and developing talent, providing a platform for drivers to enhance their motorsport career at any stage. Each season the standards get higher. The interest from overseas becomes stronger. Season 9 has already proved successful in delivering incredible sporting drama and I for one can’t wait to see what is going to happen!”

The Porsche GT3 Cup Challenge Middle East returns to Dubai on 26-27 January 2018, before visiting Abu Dhabi’s Yas Marina Circuit, 2-3 February 2018. The final two rounds will be held in Bahrain, with the series coming to a thrilling conclusion as an official support race for the 2018 Formula 1 Gulf Air Bahrain Grand Prix.