Dubai: Two weekends of action at Dubai Autodrome as Creventic Series gets underway 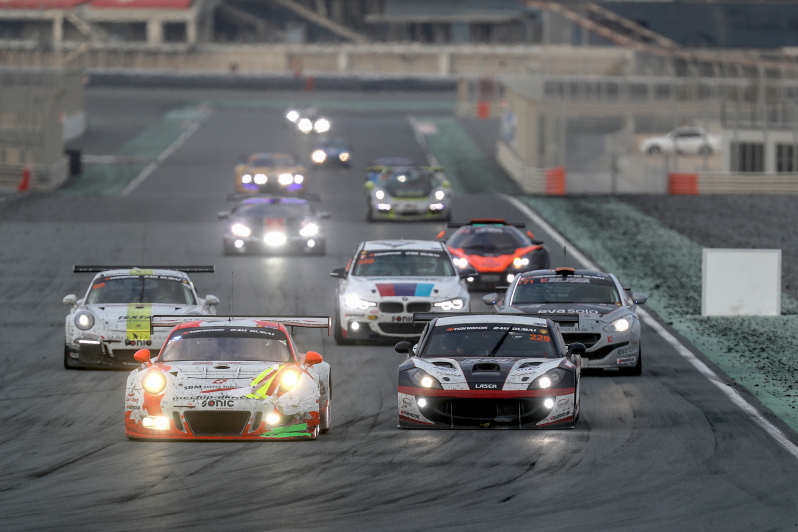 Dubai (4 January, 2018) – Only a few days into the new calendar year, motorsport fans can already look forward to the first events of the 2018 season as the CREVENTIC SERIES powered by Hankook get underway at Dubai Autodrome. With back-to-back events on the first two weekends of 2018, series’ organisers and promoters CREVENTIC, in co-operation with the DNRT, have created a veritable ‘speedweek’ at Dubai Autodrome. The action starts with the Hankook 3x3H DUBAI for prototypes (5-7 January, 2018), followed by the 13th running of the Hankook 24H DUBAI, the original and most prestigious endurance racing event in the Middle East, from 11-13 January, 2018. Drivers and teams from 42 different countries are expected for the first major event on the international motorsport calendar. Following the success of the inaugural event one year ago, the prototypes are back at Dubai Autodrome for the second running of the Hankook 3x3H DUBAI. As the name of the event indicates, it is a triple-header of three-hour races, each with a separate classification and prize-giving ceremony. The Hankook 3x3H DUBAI is counting towards the Championship of the Continents of the 24H PROTO SERIES powered by Hankook, with the next rounds scheduled at the track of Portimao in Portugal (6-8 July) and the Circuit Of The Americas in Austin, Texas (15-18 November).

For the round in Dubai, prototypes from three different categories are expected, with P2, P3 and CN1 cars all featuring on the entry list. British team Simpson Motorsport has entered a pair of Ginetta G57s in the P2 class, with another Ginetta entered by Century Motorsport. The Ligier JS P3 is the car of choice in the P3 class with entries from Speedworks Motorsport, Graff and Spirit of Race. In the CN1 class, French team Krafft Racing is running a pair of Norma M20 FCs while the locally-based team AUH Motorsport, that has its headquarters at Dubai Autodrome, will be running up to three of its Radical SR3 RSX cars. There is an optional private test for prototype teams on Friday, 5 January, from 13.00-16.00 hrs. Free practice is scheduled on Saturday, 6 January, from 8.30-10.30 hrs, followed by qualifying from 11.00 till 12.00 hrs and the first race from 15.00-18.00 hrs. The second race runs on Sunday from 9.00-12.00 hrs, the third race is held from 15.00-18.00 hrs. The races can be followed live on the series’ website, www.24hseries.com while regular updates will be posted on Facebook (24H Series) and Twitter (@24HSeries). With an entry of over 90 cars, the 13th running of the Hankook 24H DUBAI again looks promising. The event at Dubai Autodrome is the season opener of the Championship of the Continents in both the 24H GT SERIES and the 24H TCE SERIES powered by Hankook. With touring cars from the TCR, SP3, CUP1 and A2 classes accounting for about one third of the field and the rest of the grid filled with A6, GT4, 991, SPX and SP2 class machinery, there is a good balance between GTs and touring cars.

Over the years, the race in Dubai has become one of the classic endurance races for GT3 cars and this year’s event will be no exception. The A6 Pro class has eleven entries with Mercedes-AMG GT3, Audi R8 LMS, Porsche 991 GT3 R, Renault R.S. 01 GT3 and Lamborghini Huracán GT3, plus a Ford GT Lambda as an interesting ‘dark horse’. Several prominent drivers are on the list for the race, including local hero Khaled Al Qubaisi and Dutchman Jeroen Bleekemolen, both two-time overall winners of the race. Many other drivers in the A6 Pro class have works or semi-works status, including several drivers from Porsche, the most successful manufacturer in history of the Hankook 24H DUBAI with five outright wins.

With 15 entrants, the A6 Am class is set to be the largest category in Dubai. Cars in this class are Mercedes-AMG GT3, Chevrolet Corvette C6-ZR1, Renault R.S. 01 GT3, Audi R8 LMS, Lamborghini Huracán GT3 and Porsche 911 GT3 R. Reigning 24H SERIES GT Champions Hofor Racing will be starting the campaign for its title defence in Dubai. The SPX class is the domain of various Lamborghini Huracán Super Trofeo cars as well as modified Porsche Cup cars and a car from the French Lamera Cup. The 991 class for Porsche 991 Cup cars has been split up into a Pro and an Am class, with three of Porsche’s Young Professionals and Junior drivers entered in the Pro class. The SP2 class has one MARC Focus V8 taking on two KTM X-BOWs. Following an agreement between CREVENTIC and SRO, a separate GT4 class will be in place for the first time in 2018. In Dubai, the entry in this class includes twelve cars with Porsche, Mercedes-AMG, Ginetta, McLaren, Audi and BMW all represented by customer teams.

The TCR class is leading the touring car segment with 14 cars. There is no lack of variety either, with the Audi RS3, Peugeot 308, SEAT Leon and Volkswagen Golf all expected on the grid in Dubai, including two teams from the United Arab Emirates. Defending 24H SERIES powered by Hankook touring car champions, Team Altran Peugeot, will be back in action as well. The SP3 class has a variety of BMWs, Ginettas and Hondas as well as two Lamera Cup cars. The CUP1 class will have five BMW M235i Racing Cup cars on the grid while two Renault Clios and one Peugeot RCZ in the A2 class round out the field.

The race can be followed live with timing and streaming on the series’ website. Live streaming is also available on the series’ Youtube channel and Motortrend on Demand. The Radio Show Limited team will be present for live commentary during qualifying, night practice and the race. Regular updates will be posted on Twitter (@24HSeries), Facebook (24H Series) and Instagram (24H Series). Hankook is the official title sponsor and exclusive tyre supplier for the event. The following companies will be present with sales and service booths in the paddock of Dubai Autodrome: DRD international for pit equipment, screen protection etc., Speedcom for radio communication equipment and support, Stand21 and Racing Sportiva for racewear and Global Crave for freshly squeezed orange juice. Further information can be found at www.24hseries.com