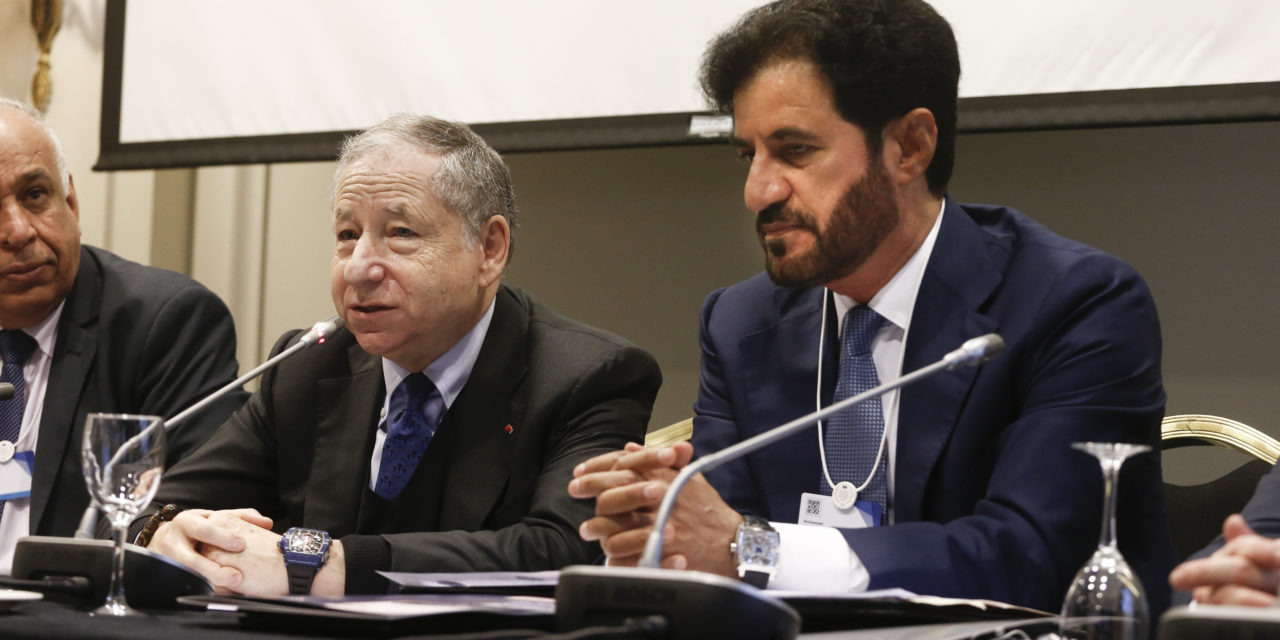 Dec 9th 2017 – Concluding the successful Annual General Assembly of the FIA in Paris, France, ATCUAE President Mohammed Ben Sulayem has been elected Vice President of the FIA for the MENA region and a member of the World Motor Sport Council Membership.

This election is the culmination of years of work by Mohammed Ben Sulayem and his pioneering work to develop motorsports in the Middle East region.

Mohammed Ben Sulayem leads the ATCUAE team who manage all of the marshals for the Etihad Airways Formula 1 Abu Dhabi Grand Prix each year with over 700 marshals ensuring the safety of the event. ATCUAE is contracted by the Yas Marina Circuit to manage the motorsport element of the Abu Dhabi Grand Prix each year. The safe and successful delivery of the event is paramount to the ATCUAE’s mission.

Ben Sulayem also oversees international events such as the Abu Dhabi Desert Challenge and the Dubai International Baja, which are internationally recognised desert rallies that challenge even the toughest drivers and riders. The logistics alone for these events are demanding. However, the safety of the event is what makes them shine with on-the-ground staff ensuring competitors’ safety around every turn.

As a champion himself, Ben Sulayem understands the challenges of his role. “I have always prioritized safety and innovation and I look forward to bringing that to my new role with the FIA,” said Ben Sulayem in a statement. “It’s a new challenge, but I am honoured to have been elected and excited for the new role.”

In addition to the international events managed under the supervision of Mohammed Ben Sulayem, he has also pioneered innovative motorsport education such as the e-learning platform offered by ATCUAE to a global motorsport community.

Under the leadership of Mohammed Ben Sulayem, the Formula 4 has launched in the UAE as well as the Emirates Desert Championship. Both are designed to help feed new talent into more difficult competitions in a pyramid schematic, which has been the approach of FIA President Jean Todt throughout his terms as president.