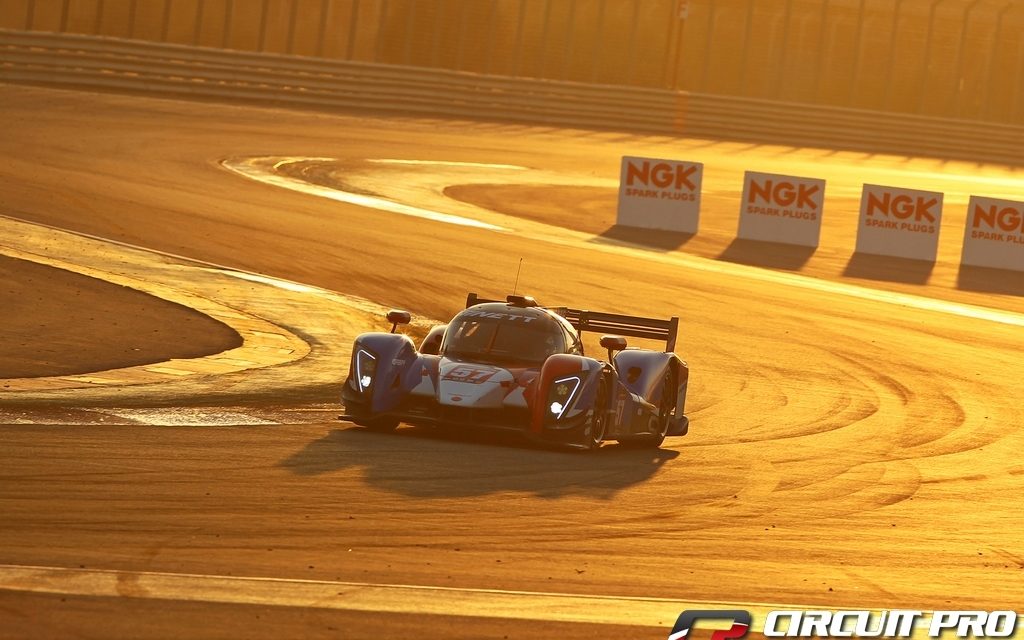 This fresh new series developed by Creventic forms a triple-header of three-hour races only for prototypes. This is the first opening round of a new International series, with the three races squeezed in around the Dubai 24hr event at Dubai Autodrome.

The team had minimal time to set up for free practice and Khaled had only 3 laps with the new car before some technical issues caused the car to pit for repairs, this saw Khaled and the team lose out on valuable practice on Tuesday morning.

The car went on to qualify in third position at mid-day for the first of three races over the following days. Charlie Roberston took the start, but after 32 laps he had to pit early with an electrical problem and the team spent the remainder of the day fixing the car, this meant that they would also miss out on valuable night time practice. The HHC team worked through the night to source the issue and eventually changed the engine overnight.

Race two took place on Wednesday at 9:00am, the car was prepared and ready to go. Khaled took the start, but from the back of the grid due to the DNF in race 1. He fought his way through the other class cars to try and catch the other eight Ginetta G57 cars but found it hard going.

The second race was to be just as testing as the first, again with engine issues causuing the car to be underpowered, and Khaled was forced to pit after 39 laps. Charlie Roberston took the wheel and also found the car to be under power, the team then took the decision to retire the car completely.

Race 3 would shine some luck on Khaled as he swapped over cars into #57 with Graff Racing team, taking the place of Ginetta Chairman Lawrence Tomlinson. He would join Mike Simpson and Jordan Sanders in the final race of the day at 4:00pm.

Khaled took his turn in the car at 5:00pm just as the Dubai sun was setting. But in one final twist, after leaving the pits and going to fill for fuel, there was a problem with the fuel station pump and the car was not filled up as it should. On leaving the pits for his opening lap Khaled noticed the car felt underweight and radioed the team. They then had to re-pit for more fuel causing almost 5minutes of lost time.

The car however, once fuelled proved to be perfect and allowed Khaled to truly unleash the full power of the 500HP machine.

On the finish of the race the #57 car was awarded back only 3 minutes of time lost in the fuel station, but this allowed them to claim a spectacular second place on the podium.

“I can’t believe we are here on the podium after the past few days of all the technical issues we had with the first car and I didn’t get hardly any time to test initially, so finally after changing cars we managed to get the fuel problem, it was a true test of my willpower at the end,” commented Khaled post race.