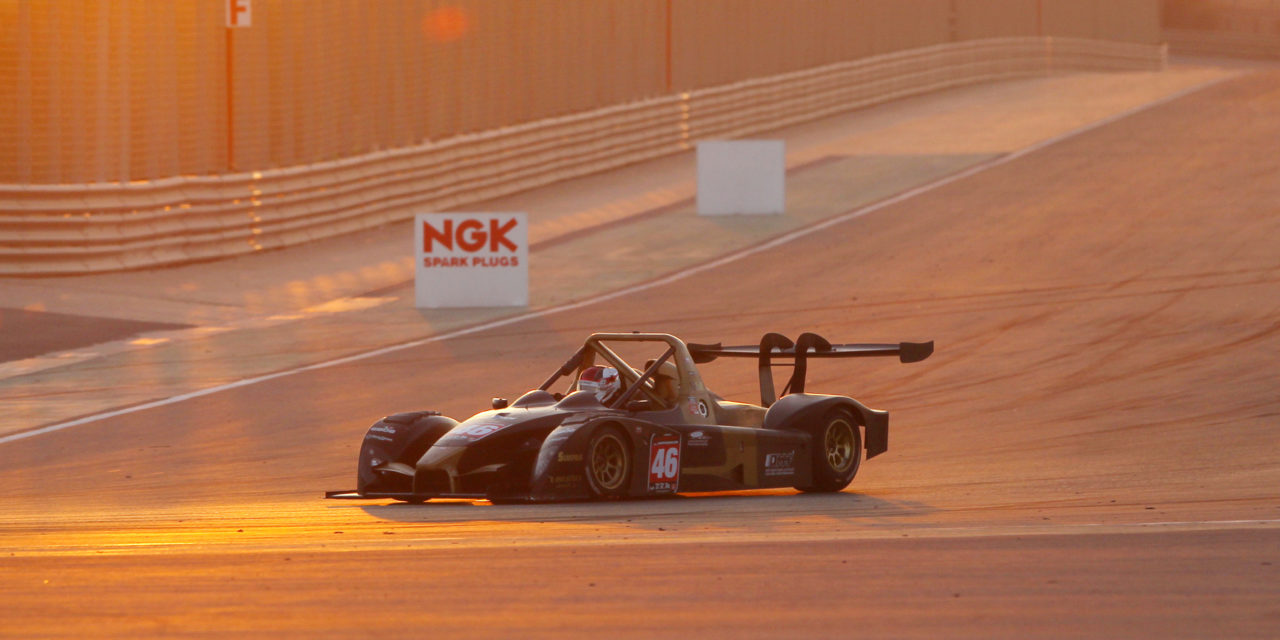 Dubai, Jan 13th 2017 –This was an exciting opportunity for Qatar driver Amro Al Hamad in this new series formed as part of a busy week of racing with a triple-header of three-hour mini endurance races at Dubai Autodrome.

Amro, racing the production sportcars WolfGB08 for the Italian factory team Avelon Formula Racing, he was joined in the  #46 car with British South Africa based driver Nick Adcock and Italian driver Guglielmo Belloti.

Free practice on Tuesday morning gave all the the drivers a chance to familiarise themselves with the new series rules and qualifying later in the day saw the car placed fourth in the class for race one start. Amro started off the weekend in a confident mood having had a lot of experience at the circuit and also in the car during previous race events.

Race one started on Tuesday afternoon at 2:00pm and Amro had to start from last place in the pit lane, due to the lengthy repairs to the car after qualifying.

Amro commented, “In the first race, I handed the car over to Nick, but restarting the car after the refuelling had been a challenge for my team mate Nick and we lost a lot of time to restart the car and lost our position, later on in the lap he had a spin and the car and it cut out, he and had to be pulled back to the pits to restart the engine.”

During the first part of race two the car suffered a split timing belt with Belotti at the wheel, and the car had to be towed back to the pits where it retired from the race. Race three started at 4:00pm on Wednesday with Nick Adcock taking the first stint and the car, then Amro took over one hour later where he climbed to first in the CN class and fifth overall when the car suffered a spectacular engine blow out just before turn 10, this was unfortunately a race ending failure resulting in another DNF for the Avelon Team despite their best efforts.

“It has been a bit of a roller coaster ride to be honest and the car didn’t play the game. But I am happy as I took the car from last position to 4th overall after an hour and half of hard work during race one. I wish to thank all the team for doing a difficult job trying to fix the car, as we had a lot of issues, this format of racing took its toll on a lot of the cars, so hopefully we will have more time to fix issues in the next rounds, but this was all rushed into just 2 days which was very hectic.”

“I wish to thank the QMMF for the support and to all my friends and family it means a lot to me to represent Qatar at these important events.”