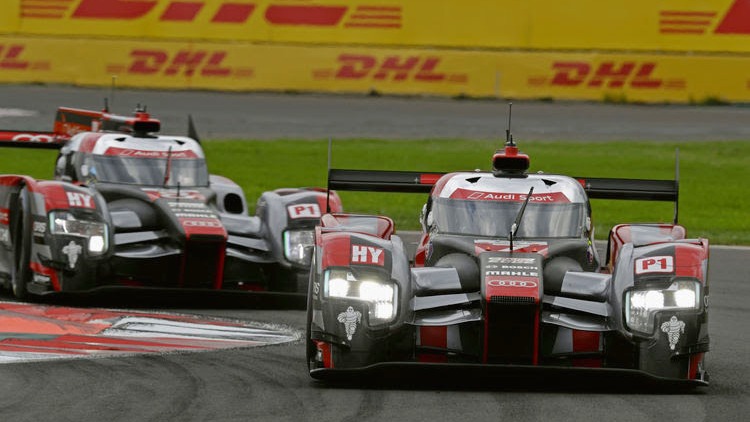 Oct 26th 2016 – Audi is realigning its motorsport strategy. The premium brand will terminate its FIA WEC commitment, including the 24 Hours of Le Mans, at the end of the 2016 season. Instead Audi is taking up a factory-backed commitment in the all-electric Formula E racing series.

Speaking to 300 employees of the motorsport department on Wednesday morning, Chairman of the Board of Management Rupert Stadler put this strategic decision in the context of the current burdens on the brand, pointing out that it was important to focus on the things that would keep Audi competitive in the years ahead. That is why the Board of Management had decided to terminate Audi’s commitment in endurance racing. In the future, Audi will be using the know-how and skills of the motorsport experts from Neuburg and Neckarsulm partially in motorsport and partially in production development.

“We’re going to contest the race for the future on electric power,” says Stadler. “As our production cars are becoming increasingly electric, our motorsport cars, as Audi’s technological spearheads, have to even more so.” The first all-electric racing series perfectly matches the strategy of offering fully battery-electric models year by year starting in 2018, Audi currently being in the greatest transformation stage in the company’s history. The commitment in FIA Formula E will already commence in 2017. It is regarded as the racing series with the greatest potential for the future. That is why Audi has intensified the existing partnership with Team ABT Schaeffler Audi Sport in the current 2016/2017 season. On the road toward a full factory commitment, the manufacturer is now actively joining the technical development. The commitment in the DTM, where Audi will be competing with the successor of the Audi RS 5 DTM in 2017, will remain untouched. In mid-October, the premium brand won the manufacturers’ and teams’ classifications. In 2013, Mike Rockenfeller most recently brought the title of DTM Champion home for the four rings.

No final decision has yet been made concerning a future involvement in the FIA World Rallycross Championship (World RX). In the current 2016 season, DTM factory driver Mattias Ekström in his Audi S1 EKS RX quattro clinched the World Championship title early, competing against numerous factory teams. Up to now, Audi’s involvement has been limited to supporting the private EKS team. The brand is currently evaluating a possible extension of the commitment, the exciting topic of electrification being on the agenda in rallycross racing as well.

The departure from the FIA World Endurance Championship (WEC) marks the end of a successful era. For 18 years, the brand was active in Le Mans prototype racing. During this period, it scored 13 victories in the 24 Hours of Le Mans and set numerous technical milestones. At Le Mans, Audi clinched the first victory of a TFSI engine (2001), the first success of a race car with a TDI engine (2006), plus the first triumph of a sports car with a hybrid powertrain (2012). In the brand’s 185 races contested to date, Audi’s Le Mans prototypes have achieved 106 victories, 80 pole positions and 94 fastest race laps. On two occasions, Audi won the FIA World Endurance Championship (WEC) with the Audi R18 e-tronquattro race car. In addition, from 2000 to 2008, Audi, nine times in succession, secured the title in the American Le Mans Series (ALMS), the world’s most important racing series for Le Mans prototypes at the time.

“Audi Sport Team Joest shaped the WEC during this period like no other team. I would like to express my thanks to our squad, to Reinhold Joest and his team, to the drivers, partners and sponsors for this extremely successful cooperation. It’s been a great time!” Due to the LMP commitment, Audi has been demonstrating Vorsprung durch Technik and learning a lot for use in production.

Following Audi’s announcement today about its withdrawal from endurance racing, comments of Pierre Fillon, Président of the Automobile Club de l’Ouest and Gérard Neveu, CEO of the FIA World Endurance Championship are below:

Pierre Fillon, President of the Automobile Club de l’Ouest :
“It was with emotion that we all learned this morning about Audi’s decision to withdraw from endurance racing.   Although prepared for this, we regret the departure of a major figure in endurance racing for a different adventure. Present at Le Mans since 1999, the German firm has written some of the finest and strongest pages in the history books for the 24 Hours of Le Mans and, more recently, the WEC. More than a competitor, the marque with the four rings has been a real contributor in recent years to the tremendous growth of endurance racing across the world.

“To reduce costs for manufacturers is a major focus for the ACO, in partnership with the FIA. Furthermore, these two organisations have clearly set the course for the coming years: stay at the forefront of innovation while offering the best possible platform for new technologies in preparation for the cars of tomorrow.
“Hybrid technology and electric motors are already part of our daily lives in endurance racing. The changes to the technical regulations towards hydrogen-electric power responds straight away to the energy requirements of this new era.

“We salute the work carried out by the Audi Sport and Team Joest teams who have done a remarkable job, and a particular thought goes to my friend Wolfgang Ullrich. One door closes and, at the same time, another one opens with the already-announced arrival of other manufacturers. For all fans of endurance racing and motorsport enthusiasts, see you next week in Shanghai for the penultimate round of the FIA ??WEC and in 2017 for the 24 Hours of Le Mans.”

Gérard Neveu, CEO of the FIA World Endurance Championship:
“We understand this decision, although obviously we regret the departure of a major player in the WEC.  Audi has been involved in endurance racing for 15 years, and more particularly in the first five seasons of the FIA World Endurance Championship.
“Today we spare a thought first for everyone at Audi Sport and at Team Joest.  Drivers, engineers, mechanics and team members for whom this news is painful. We offer them our admiration and gratitude for their extraordinary sporting performances in the WEC since 2012.
“The WEC is made up of a grid of 32 cars, 20 teams, with four categories and six manufacturers entered.  In a week’s time, in Shanghai, Porsche and Toyota will be battling on track for the 2016 LMP1 world title, as Ferrari and Aston Martin will be for the GTE title.

“One manufacturer is leaving, others will soon be arriving.  This is the life of a championship.”