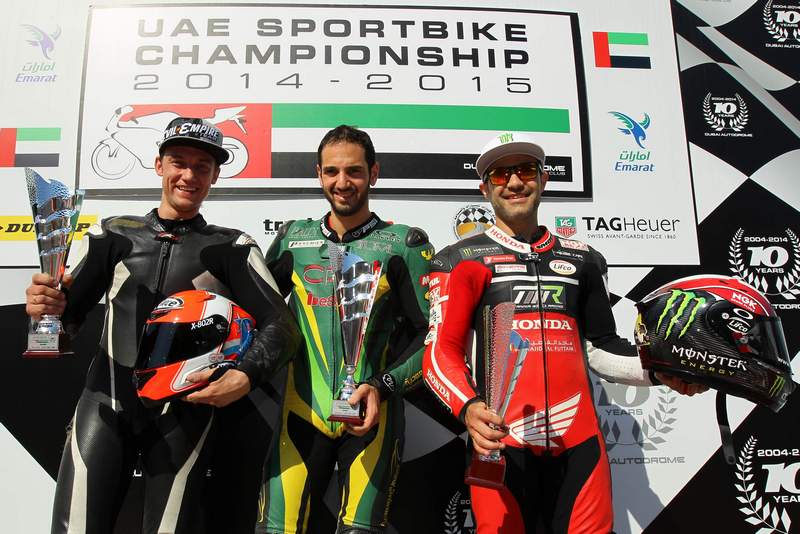 Tejas Hirani had a bittersweet day in Formula Gulf 1000, winning Race 1 but was forced to pull out of Race 2 with technical problems.

Ahmed Al Ghanim, who had earlier finished runner-up in the first race, seized the advantage to take top honours in the second race.

Masher Bal Hejaila bagged a third in Race 1 and second in Race 2, with Yousuf Al Bader claiming third in the second race.

Flying the Saudi Falcons banner reigning UAE champion Abdulaziz Binladen continued to prevail in the UAE Sportbike Championship aboard his Kawasaki, as he powered to two commanding victories in the premier two wheeler class.

Best of the rest was Vladmir Ivanov on his Yamaha, who claimed second spot on the podium in both races ahead of former UAE champion Mahmoud Tannir third on both occasions.

The next race day at Dubai Autodrome takes place on the weekend of 27 and 28 February, with Porsche Cup GT3 Middle East and Radical Middle East Cup added on the race day bill.