Rally: QMMF announces challenging route for opening round of MERC 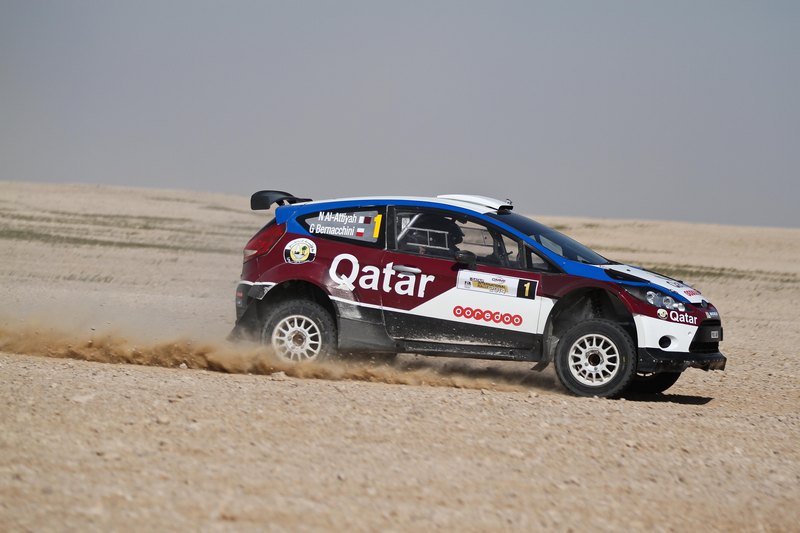 Monday, January 19th, 2015 –DOHA (Qatar): Event officials at the Qatar Motor and Motorcycle Federation have finalised the route for the 2015 QMMF Qatar International Rally, round one of the FIA Middle East Rally Championship, that gets the international rallying season off to a flying start in the Gulf region on February 5-7.

Held under the presidency of Nasser Khalifa Al-Attiyah, FIA Vice-President for Sport MENA, the three day event features a 2.27km super special stage on Thursday, February 5th and a further 12 gravel stages in the Qatar desert on February 6 and 7.

After scrutineering and documentation at QMMF headquarters on Salwa Road in Doha, the rally itself gets underway with a ceremonial start on Doha Corniche from 7pm on Thursday evening. Teams will then immediately tackle the super special stage before heading off to the Qatar Aqua Park where the cars will be kept overnight.

The meat of the competitive action starts the following morning. Teams will tackle special stages at Umm Wishah, Al-Shabana and Al-Kharsaah before returning to the Qatar Aqua Park for a midday regroup and service. The three demanding gravel stages will be repeated in the afternoon.

Six further special stages are planned for Saturday, February 7th. The popular Mekanes special precedes a stage at Salwa and a third timed test of 27.56km (the longest of the rally) supported by the QMMF. Another late morning regroup and service precedes a repeat of the three specials on Saturday afternoon, before teams return to the headquarters of the QMMF for the ceremonial finish podium and post-event press conference. In a total proposed route of 539.84km, rally organisers have planned 263.27 competitive kilometres.

“We have been running the event as the traditional opening round of the FIA Middle East Rally Championship for many years and are continuously evolving and making small improvements to the rally itself and the special stages,” said Nasser Khalifa Al-Attiyah. “This year we have extended the championship from six to eight rallies and are looking forward to getting the season off to a safe and successful start in Qatar.”

Entries officially close on Thursday, January 22nd. The QMMF is offering a generous assistance package to international entrants. Teams will be offered five nights’ free accommodation for driver and co-driver (room and breakfast only) at the Century Hotel in Doha.