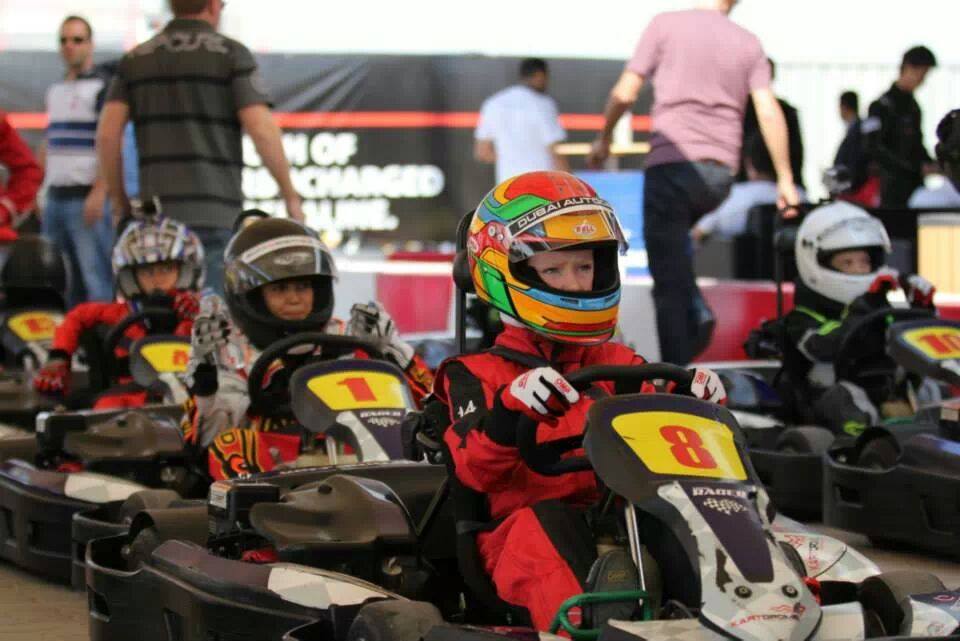 Dubai Autodrome– A strong contingent of UAE leisure karting drivers and teams have qualified to participate in the 2014 Sodi World Finals which takes place at Le Mans on 9-10 May.

The top drivers in the Dubai Kartdrome based Sodi Sprint Series and the champion teams in the Kartdrome Endurance Championship driven by Mini will join over 260 drivers, from 20 different nations, for two days of World Finals action at the brand new FIA homologated karting track on the grounds of the legendary Le Mans circuit in France. Logan is a Year 7 pupil at Greenfield Community School in Dubai and she has only recently started go-karting just as a hobby in late September 2013. She quickly advanced from fun driving at Dubai Kartdome indoor track to competing in several SWS Junior Cup race events on the full outdoor circuit at Dubai Kartdome.

Logan’s progression in the sport of go-karting has been significant, and as the only girl competing in a total field of 15 drivers with an age range of 7-14 she has shown strong potential to become a future driving star.

“Last week we have received amazing news that Logan was selected to compete at the SWS Junior Cup World Grand Finals in Le Mans, France as the # 3 ranked girl racer in the world based on points accumulated in SWS races at her home track of Dubai AutoDrome. Logan will be part of a group of Senior, Team and one other Junior boy who will represent the UAE and Dubai Autodrome at this prestigious event in the karting calendar, ” commented proud father and fellow racecar driver Graeme Hannah