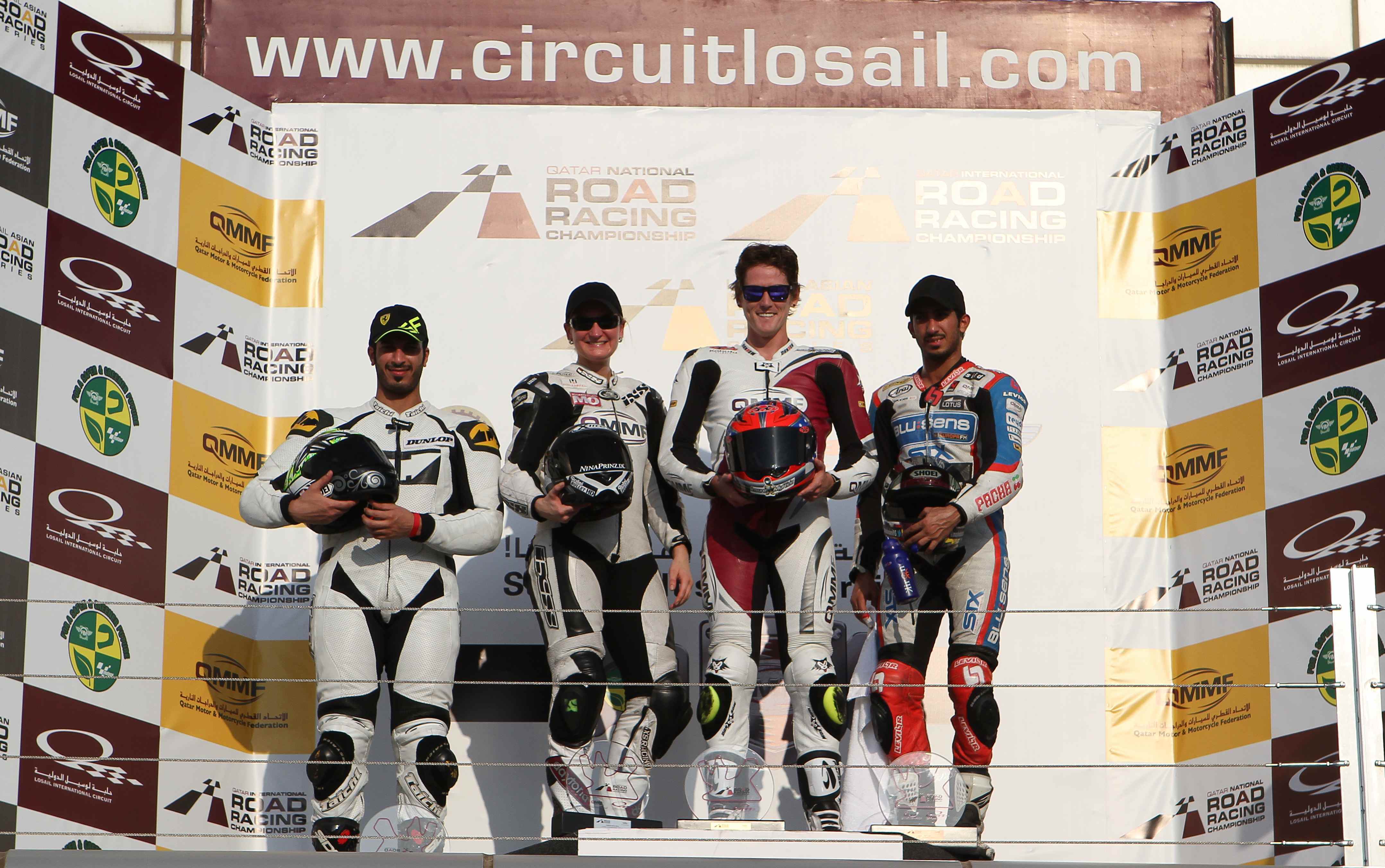 In race 1, the Australian rider had a tight battle with Nasser Al Malki, aboard his MW S1000RR during most part of the race, but a mechanical problem made the Qatari rider retire in the 13th lap.

Mishal Al Naimi, who started the race from the back of the grid took third place in the podium.

In the 600cc category, Fahad Al Sowaidi was the fastest rider in his category and was also present in the podium.

In the second 1000cc race, the scenario was the same of the Race 1. Alex Cudlin finished in first position with Nina Prinz in the second place and Mishal Al Naimi in third position. Nasser Al Malki had a technical problem in his bike and he retired in the 9th lap.

Alex Cudlin is leading the championship with 50 points, Nina Prinz is second with 40 points and Mishal Al Naimi has 32 points.

Alex Cudlin – “Thanks to Mr.Nasser Khalifa Al Attiyah and all QMMF for giving me this opportunity to ride again. This is my 4th year and I feel like a family here. In both races, Nasser Al Malki had a good start and as I didn’t race since September it took me some time to get the rhythm but as the race progressed, I was more confident. I have experience in the Endurance races so I am able to keep the lap time stable and that makes me able to create a gap between me and the others. ”

Nina Prinz – “I would like to thank to QMMF for giving me again the opportunity to race in this championship. In the first race I made a perfect start but I lost in the first part of the race that made me go slower. In the second race, my first laps were very good but then I nearly had a crash with a rider what makes me keep calm and the second position was ok for me.”

Mishal Al Naimi – “After the mechanical problem that I had yesterday before the Qualifying Practice, I didn’t expect to be on the podium today starting from the last position. After each lap I became more confident and I am very happy to be in the podium in both races and get as much points as possible.”

Fahad al Sowaidi – “I started late competing in this category but in the last month I joined the Asia Road Racing Championship and I improved my riding. My target is to improve my lap times in each round.”