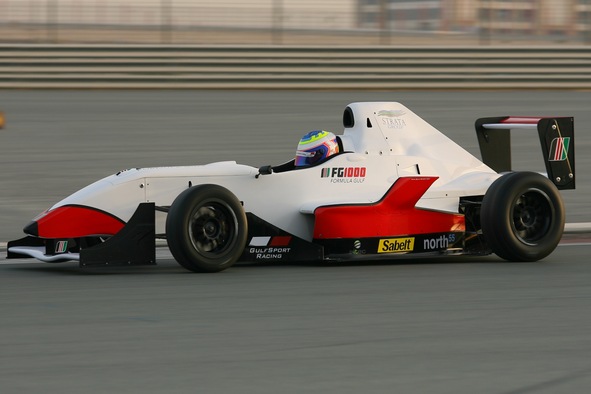 For the first time in the region, young aspiring drivers will have a structured route to F1, building their experience and preparing them for the challenges of the Europe and Asia racing championships.

The series will provide an affordable, professionally run race series in the UAE with the champion being awarded a scholarship to race in Europe. Competitors ranging in age from 15 to 25 will work with professional driver coaches from Europe throughout the 2010/11 race season at the Dubai Autodrome and the Yas Marina Circuit.

“The $11 billion spent on motorracing infrastructure, strategic investments and eight F1 events has stimulated interest in motor racing and the search for a local driver in F1,” said Barry Hope, Director of Racing at GulfSport. “This initiative responds to that interest by offering an opportunity for those talented and aspiring young drivers to start their journey to F1 on home soil.”

Basing the first step of the motor racing career ladder within the region creates a cost-effective alternative to travelling to Europe and the Far East, where drivers have often been poorly prepared and had to deal with much higher costs charged by similar championships and race teams. In order to further control costs and keep the focus on driver ability, the organisers will provide identical racing cars and testing will be limited to official test days.

The series, which will run under the auspices of the Automobile and Touring Car Club of the UAE (ATCUAE) has already attracted the support of a major global enterprise that expects competitors to become household names as a result of a multi-part TV show it plans to commission to capture their progress through training and races. More details of this will be released shortly.