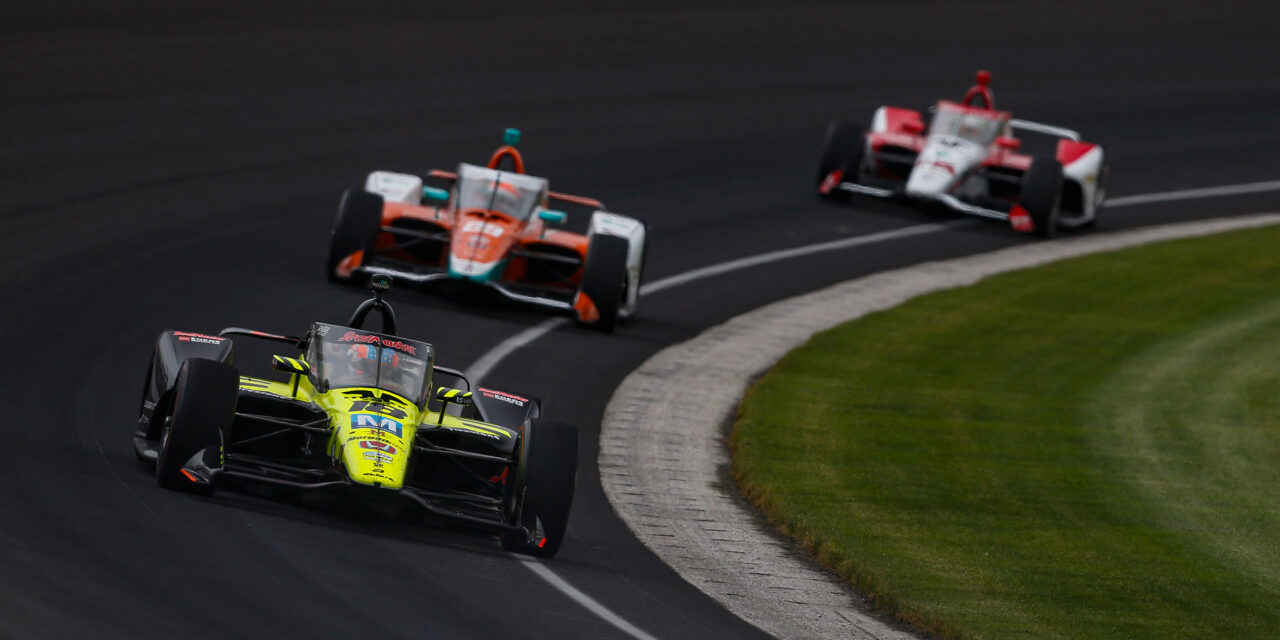 Indianapolis May 31st 2021- Dale Coyne Racing with Vasser Sullivan took a gamble during today’s 105th Running of the Indianapolis 500 for a shot at a top-five finish. However it didn’t pay off.

Ed Jones qualified the No. 18 Team SealMaster-Dale Coyne Vasser Sullivan Honda 11th lining up in the middle of Row 4, for the “Greatest Spectacle in Racing.”

Jones ran most of the race in the low to mid-teens and got as high as third.

Shortly after his third pit stop the second yellow flag of the racecame out and the team decided to gamble, pitting again for fuel in an attempt to finish the race with just one more stop while the vast majority of the other cars would need two stops.

Unfortunately, they came up short and Jones had to pit on the second to last lap for a splash of fuel, dropping him to the back of the finishing order.

Ed Jones Race Quote:
“The SealMaster Honda was fast. It was just very hard to overtake. There were not a lot of drivers moving forward. I was able to pass a few people, but it was very difficult. We had bad luck with the yellow flag coming out right after our first pit stop. So we lost a few positions there. Then, with the pack not moving much, we decided to get aggressive with our pit strategy and unfortunately it ended up hurting us. I think we had a top-eight car, but it didn’t work out that way. It’s frustrating, but we tried to do something to get to the front and it didn’t payoff.”

In 53 career INDYCAR starts, Jones has earned 14 top-10 finishes including three podium performances, third at Indy in 2017, and third at Long Beach and Detroit Race 2 in 2018.

Jones is the 2017 INDYCAR Rookie of the Year and was the top-rookie finisher in the 2017 Indianapolis 500, placing third.

The 2021 Indy 500 was the 10th time Jimmy Vasser and James “Sulli” Sullivan have partnered to enter a car in the Indianapolis 500. In 10 Indy 500 races they have finished in the top-10 six times. Their car was running in the top-10 two other times when contact forced it from the race.

A Vasser Sullivan entry has finished in the top-five three times with one victory, Tony Kanaan in 2013, Kanaan third in 2012 and Santino fourth in 2020.

Vasser and Sullivan first teamed up in 2011 with Tomas Scheckter as the driver. He finished eighth.