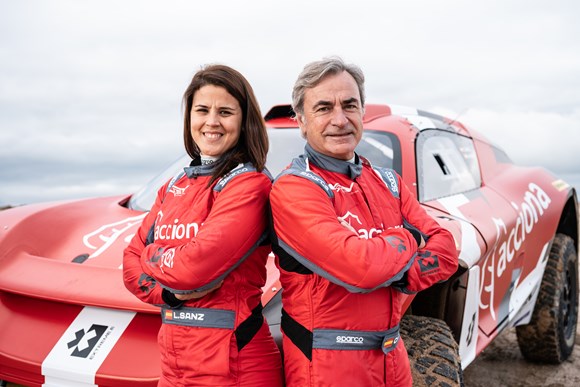 The team will include Sainz himself and Laia Sanz as drivers. Extreme E is a new global competition that integrates, for the first time in motorsport, the concepts of climate mitigation, sustainable mobility and gender equality. QEV Technologies, a company specialised in R&D in electric mobility and with vast experience in competitive motorsport, will be the team’s technical partner.

Carlos Sainz has won the World Rally Championship twice, in 1990 and 1992. He has also won the Dakar Rally three times: in 2010, 2018 and, most recently, this year. The Spanish driver has been awarded the Princess of Asturias Sports Award 2020 for his successful career in the elite of world motorsport.

Laia Sanz has been the Trial World Champion thirteen times and the Enduro World Champion on five occasions. She has finished the Dakar Rally ten times, between 2011 and 2020, winning in the women’s motorcycle category in all of them. She also finished 9th overall in 2015, achieving the best result ever by a woman in the motorcycle category of the Dakar Rally. Her participation in the new Extreme E team represents her official move from motorcycling to sports car racing. 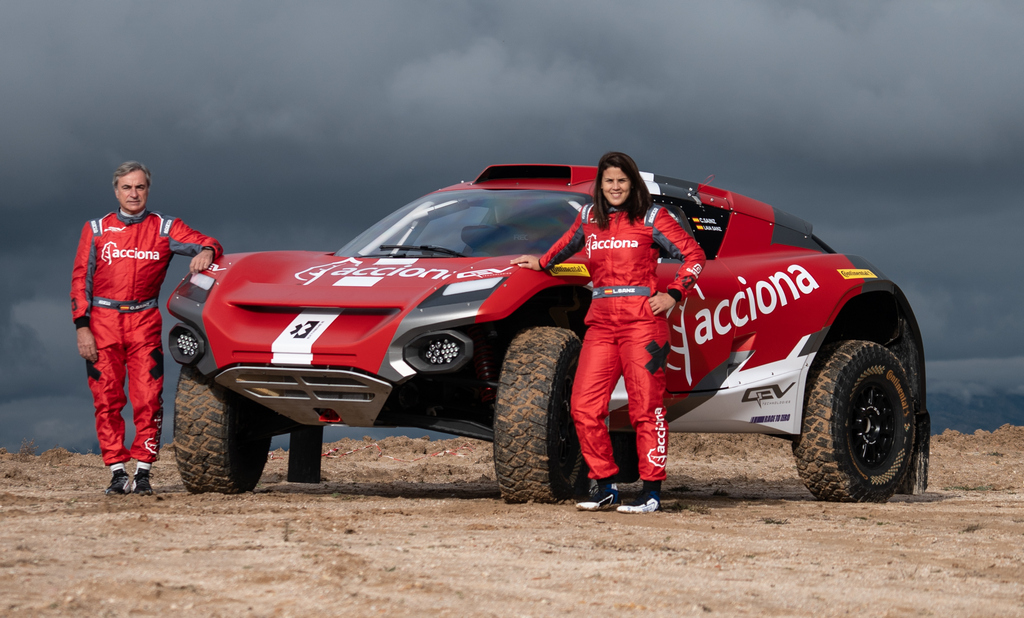 ACCIONA – which in 2017 led the first team to complete the Dakar Rally with a 100% electric vehicle – announces its return to motorsport, with the aim of contributing to global awareness on the effects of climate change and the need to accelerate the transition to a low-carbon economy.

QEV Technologies is a motorsport engineering firm that is renowned for feats such as comprehensively developing the Arcfox GT and the Hispano Suiza Carmen Boulogne, promoting the FIA RX2e Championship or its countless victories in electric competitions such as Formula E.

The ACCIONA | Sainz XE Team will compete against eight top racing teams, who will all showcase the reliability of electric mobility and just how competitive renewable energies can be when put to the test in the most demanding environments.

Alejandro Agag, Founder and CEO of Extreme E, said: “I want to give a great welcome to the ACCIONA | Sainz XE Team to Extreme E. Carlos Sainz, together with ACCIONA and QEV Technologies, have put together the first fully Spanish team of the Championship.

“The WRC and Dakar Champion joins the electric revolution not only as a driver but also as a team owner, following the steps of other World Champions like Lewis Hamilton and Nico Rosberg. Together with Laia Sanz, the Spanish female driver who will compete alongside Carlos, they join what is becoming the greatest line up in off road racing! The team is also led by ACCIONA, a company that for many years has showed its strong commitment to sustainability, and by QEV Technologies, the leading Spanish company in racing operation and electric mobility. And last but not least, I want to also welcome the fourth shareholder of this exciting project, the son of El Matador, Formula 1 driver, Carlos Sainz Jr. Today is a great day for Extreme E.”

Carlos Sainz said: “I would like to start off by thanking ACCIONA for their confidence; as well as Alejandro Agag, who has shown us great support, and, of course, QEV Tech, who is our technological partner. With Laia as my teammate, I think that we have all the right ingredients for a Spanish team to be fighting at the very top. That will be our target.”

And he added: “This is undoubtedly a new kind of competition in the world of motorsport and not only because of the type of car, which is 100% electric and off-road, but because of the format. To compete in a championship where there is gender equality, where both drivers are equally important and where both are going to win and lose together seems very original and inclusive. For a veteran like me, this is one of the last things I am yet to try out: I would have left behind some unexplored territory!”

Laia Sanz said: “I am very grateful for the faith Carlos, QEV Tech and ACCIONA have shown in me. I’m tremendously motivated and excited as this is an important step for me; I’ve always had an interest in sports cars and I’m sure I’m going to learn greatly alongside Carlos. I’m a huge admirer of his and to form a team with him is like a gift; he’s the best teammate I could ask for. I hope to live up to expectations and to learn quickly to help the team out as soon as possible.

“The championship format is new in itself and it’s very interesting to see teams made up of men and women. It also includes a concept of sustainability: we have to start thinking about this. I think racing will steer increasingly in this direction.”

Joaquín Mollinedo, ACCIONA’s Chief Institutional Relations, Sustainability and Brand Officer, said: “We are very pleased to have reached this agreement with Carlos Sainz and QEV Tech to compete together in the new Extreme E championship.

“Both Carlos and Laia Sanz have an excellent sporting and personal track record and a solid commitment to the fight against climate change. The ACCIONA | Sainz XE Team will undoubtedly contribute to transmitting the message that a 100% decarbonisation can also be a reality in motorsport activities. If this is possible in this sport then anything is possible.”

Joan Orús, Chief Operating Officer of QEV Tech said: “We are excited about this championship and about being able to support the ACCIONA |Sainz XE Team. Through this incredible challenge, we are confident that we will be able to innovate and create technologies that will be applied firstly in the race and then on the road, living up to our leitmotiv – from Race to Road.

“Our company has a history of success in a variety of races. The path we are on today is truly ambitious, and we look forward to getting started.”

The new Extreme E series, officially certified by the International Automobile Federation (FIA), represents the first sports competition with a clear social commitment. The competition seeks to revolutionise motorsport by promoting sustainable development and supporting the fight against the climate emergency, as well as gender equality.

Extreme E Season 1 is committed to being a competition with a net positive impact on CO2 emissions: it will reduce and offset more greenhouse gases than it emits into the atmosphere.

Each of the five rounds that will be held over the next year will serve to show the impact of climate change on different threatened ecosystems around the world.

The competition will begin on March 20th next year with the Desert X Prix, in Al-‘Ula, Saudi Arabia, which is known for its arid and rocky terrain: an example of the devastating desertification and drought the planet is facing.

Each route will have an approximate distance of 16-20 kilometres, divided into two laps, which will encourage high speeds and wheel to wheel racing. Each X Prix will be held over two days, with a first qualifying round, two semi-finals and the grand finale.

Gender equality is another key aspect of Extreme E. The regulations establish that the teams must be composed of 50% men and 50% women, with the same number of kilometres travelled by each of the drivers at the wheel of their ODYSSEY 21 electric SUV.