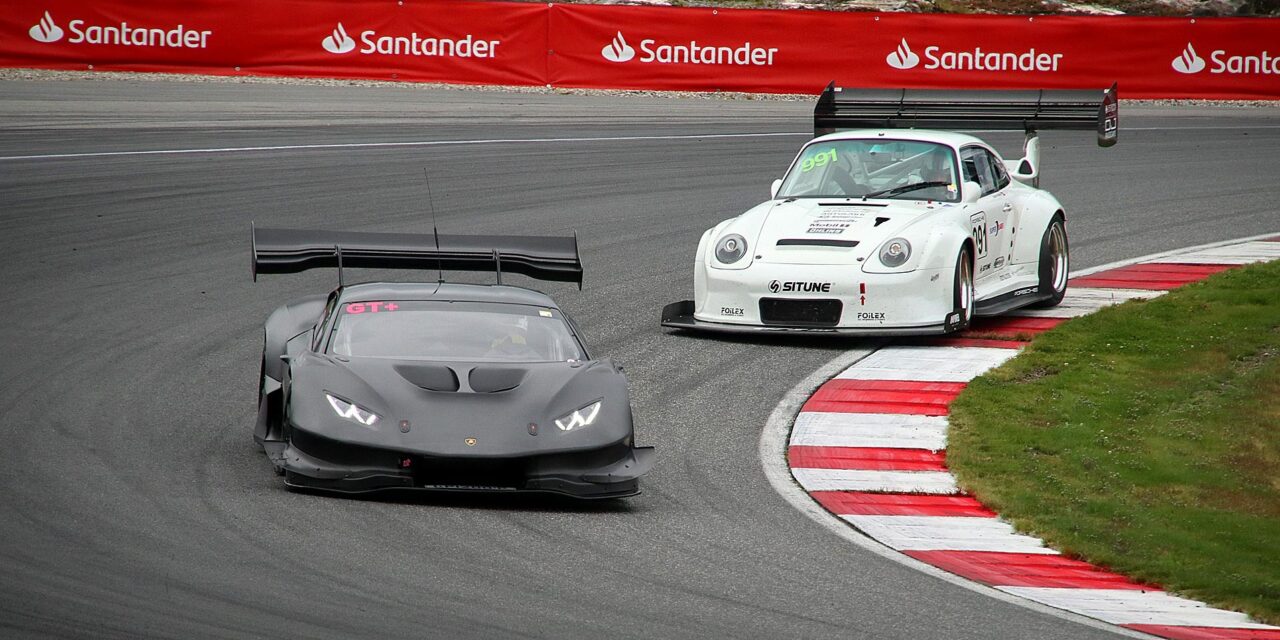 Nov 27th 2020 – Despite a challenging 2020 season due to the global pandemic, Norwegian GT racing is still growing.

For the 2021 season, Racing NM presents a new Scandinavian Championship for GT+ cars in addition to the Norwegian championship. The championship will have it’s own title sponsor in Mad-Croc Energy.

Norwegian racing has, thanks to an outstanding joint effort by clubs NMK Solør, NMK Sarpsborg-Rudskogen and Racing NM, enjoyed great success in 2020 with a record number of participants. More than 200 drivers in total have taken part in competitions, with the GT categories showing the most growth.

Since 2017 the total number of drivers in the GT categories alone has risen from 62 to 110 drivers. Due to the success, Norwegian GT racing has received increased International media coverage and interest.

Based on this success, launching the 2021 Scandinavian GT+ Championship powered by Mad-Croc Energy is a natural next step.

The new Scandinavian championship will be based on the current GT+ regulations and
hopefully introduce new drivers from Sweden and Denmark, as well as all other countries in the FIA North European Zone (NEZ).

“We receive an increasing number of inquiries by drivers from other Scandinavian countries that are interested in competing in the Norwegian GT championship. With the amount of interest being shown, Mad-Croc Energy sees an opportunity in providing the support needed to let the championship grow,” says Mad-Croc Norway’s Radni Molhampour

“The increased effort and funding will be beneficial to all participants, both new and existing ones. One of the areas that we will invest in is to provide a studio broadcast from all events, as well as having a Mad-Croc VIP-arena at the races that provides hospitality for the championship. There is also plans to invite wild card drivers. More details to come,” says Radni Molhampour. The goal of the championship is to have 15-20 of the most extreme race cars in the region on the grid for 2021. The Norwegian GT+ championship has recently received praise Internationally for it’s very liberal “free for all” approach to the technical regulations. As long as the car is built to the highest safety standards, there are no limitations. Rather than using the more conventional GT4 or GT3 regulations, GT+ provides an alternative to the more regulated series and opens for an interesting and varied field of extremely fast and powerful race cars.

One example is the Zyrus Engineering Lamborghini LP1200. Based on the Huracan Super Trofeo, it has been completely re-imagined and is now force fed with a twin turbo system that pushes the power to 1200bhp. Radni Molhampour, who is also the team manager for Zyrus Engineering confirms that they will enter the championship with two cars in 2021.

Most of the teams that campaigned in the 2020 Norwegian GT+ championship have already shown interest in the new championship and are looking forward to competing for a Scandinavian title. Jan Øivind Ruud, who finished third in 2020 is racing a modified Stealth B7

“This is something that I really believe in,” says Jan Øivind Ruud, who finished third in 2020. He is racing a modified Stealth B7 which demolished the track record at Vålerbanen in the final race of the season.

“We all managed to bring our cars and teams to the table in 2020 despite Covid, and the racing was really close, with more variety of cars and international drivers, it will get even more competitive,” says Ruud.

Frode Alhaug, who is the leader of the racing division at the Norwegian Automobile Sport Federation, is one of the driving forces of the project, together with Radni Molhampour, Jan Øivind Ruud and other members of the division.

“For the last few years, we have actively invited and encouraged drivers and teams from our neighboring countries to compete in our championship, and we would now like to take it one step further. With the international recognition the championship has got lately, we are ready to take that next step.

“The international media coverage and interest in our regulations is great for our Championship, our drivers and our officials. The racing division has worked hard for a long time with the organisers to provide our drivers with the best possible events and based on the feedback we are now getting, we now have a product that we are proud to show our partners and sponsors, as well as potential new teams and drivers.”

“We wish to increase the status of the Championship by working closely with the current teams in the GT+ and GT1 categories. These GT+/GT1 races are some of the most spectacular races on Scandinavian tracks. Our top teams have been noticed world-wide for their professionalism and for their high driving standards. We feel that now is the time to expand and we are looking forward to offering our teams and drivers, as well as new teams from the other North European countries, the chance to compete for a Scandinavian GT championship title, starting in 2021.”

“Over the last few years, there has been a great development and growth in the Norwegian GT categories. From GT5 and GT4, for the more affordable budget saloon cars and hatchbacks, and all the way up to the 1000+ horse powered hypercars of GT+. We will continue to provide great and entertaining, high quality racing for years to come, and our streaming services and broadcast will be upgraded and invested in. The current pandemic will of course be an unknown factor that we have to plan for, and we will keep working with the authorities to make sure we follow all their recommendations and guidelines. The racing division will announce a preliminary calendar very soon and more information regarding the new championship will be posted on our website,” concluded Frode Alhaug.