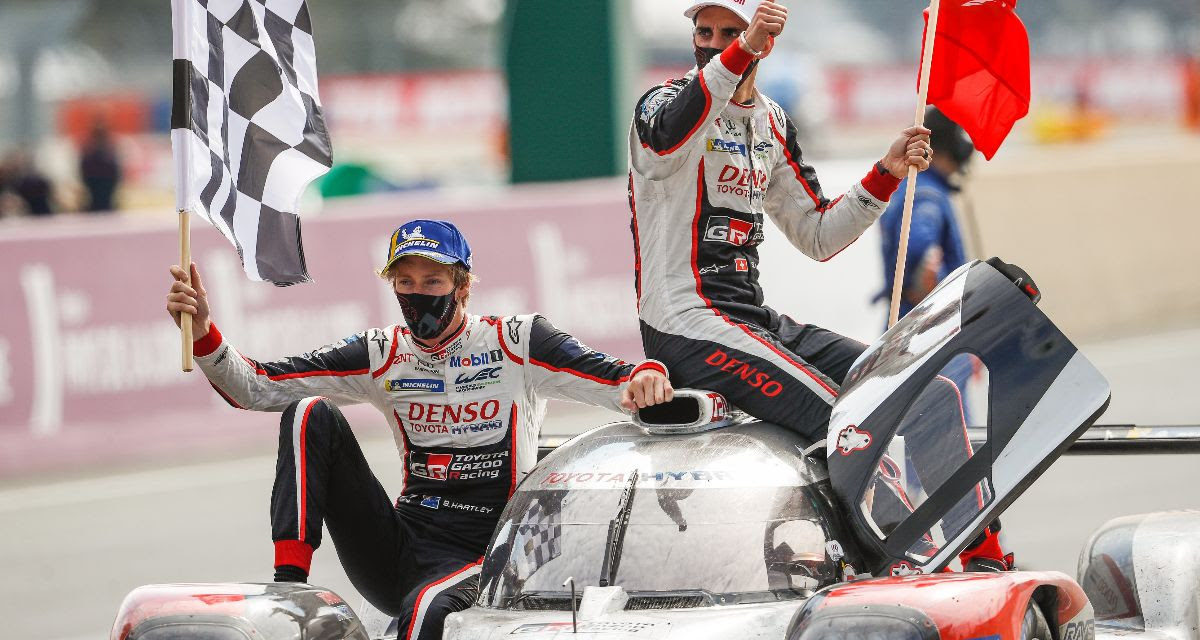 Sep 20th 2020 – In an unusual year, with the race held behind closed doors in September rather than June, the 88th 24 Hours of Le Mans ended with a third consecutive win for Toyota Gazoo Racing. Thanks to the drivers in the #8 car, Sébastien Buemi, Kazuki Nakajima and Brendon Hartley, the Japanese manufacturer will thus keep the 24 Hours Grand Trophy for good.

Two high-profile personalities from the world of motor racing opened proceedings at the 88th 24 Hours of Le Mans at 14:30 on 19 September 2020: Emanuele Pirro, five-time 24 Hours of Le Mans winner, officiated as Grand Marshal, while the CEO of Peugeot group PSA Carlos Tavares was the official race starter. Both men have a hand in the ongoing history of the 24 Hours of Le Mans: the Italian driver took his first 24 Hours win in 2000 while the automotive boss will oversee Peugeot’s return to Endurance racing in 2022.

Toyota will also go into the race’s history books with its TS050 Hybrid. After 20 attempts, the prototype earned the Japanese marque its first Le Mans win in 2018. The car, which raced its final 24 Hours of Le Mans this year, has now triumphed for the third time running (2018, 2019 and 2020), meaning Toyota gets to keep the Le Mans trophy for good. Buemi, Hartley and Nakajima formed the winning crew in the #8 car.

Weather conditions at the race, in which there were 10 retirements and one car disqualified, (Jackie Chan Racing LMP2) were ideal. Here are the winners in the other classes: 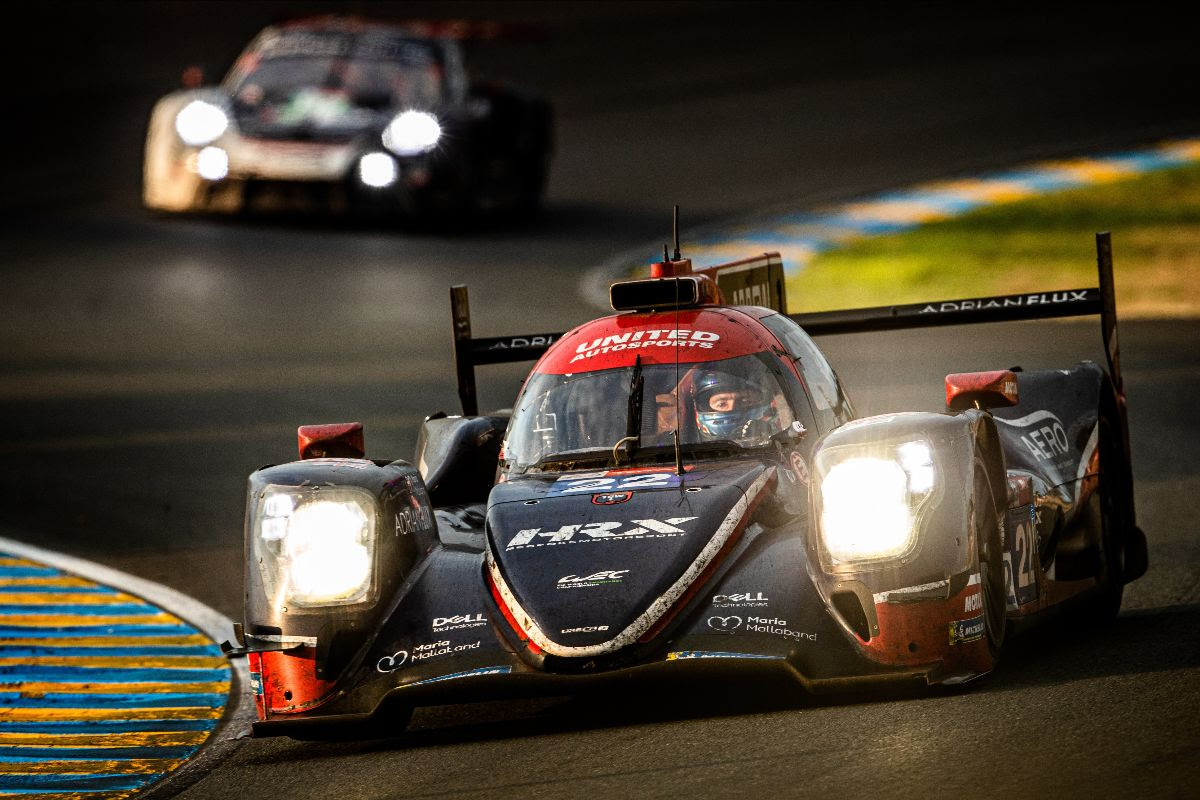 In LMP2, United Autosports has won the FIA Endurance Trophy for LMP2 Teams while Hanson and Albuquerque have clinched the Drivers’ Trophy. 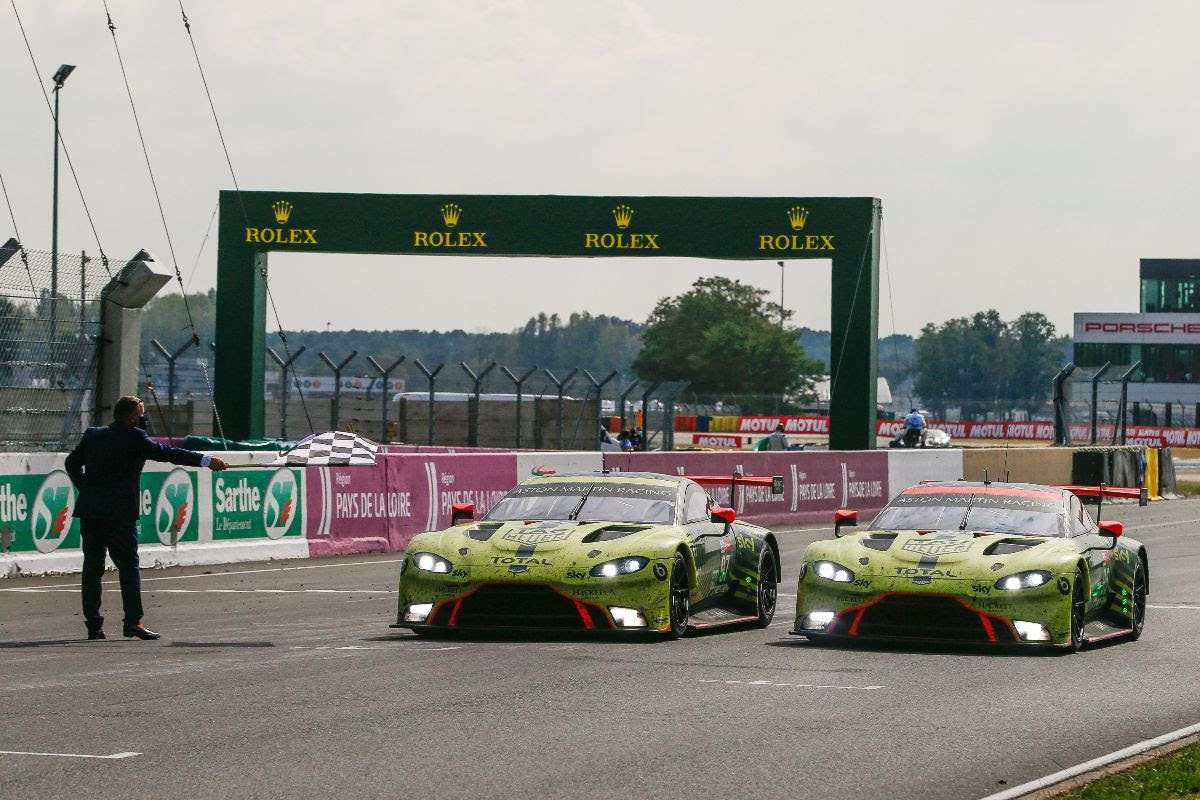 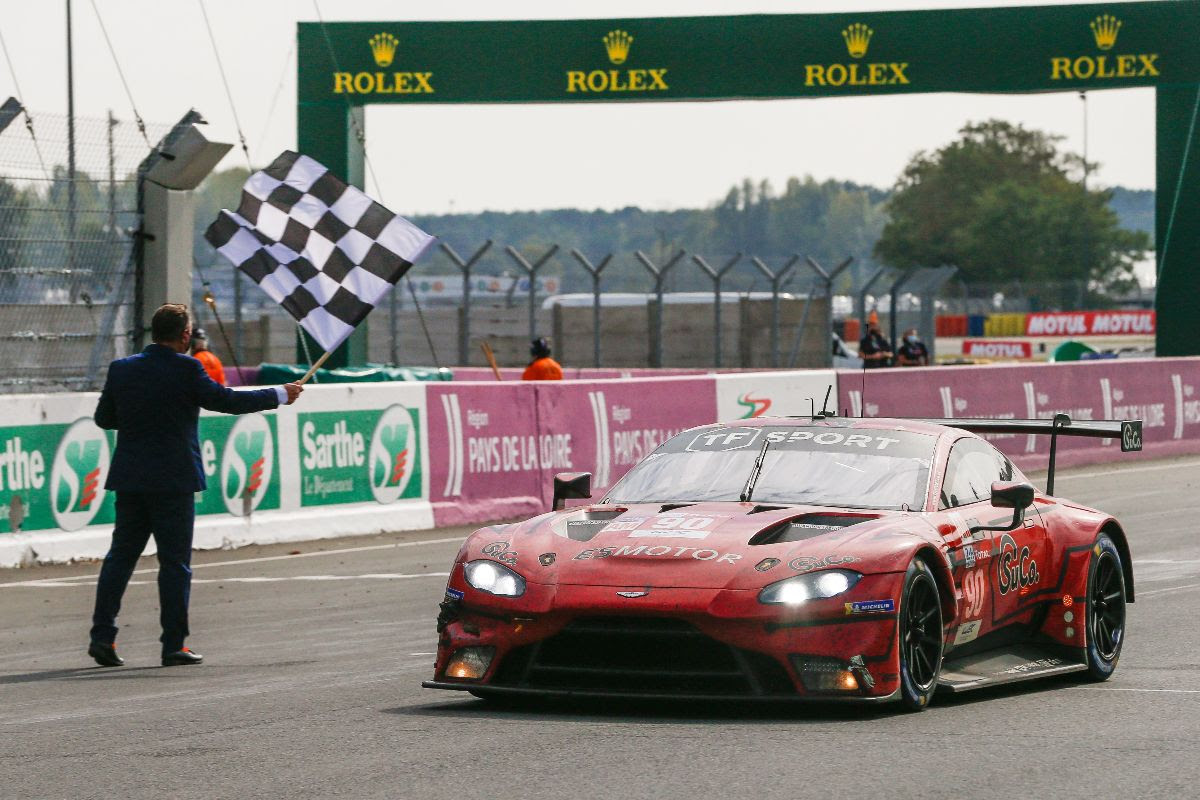 Pierre Fillon, President of the Automobile Club de l’Ouest: “It was very emotional to see the chequered flag being waved to end this 88th 24 Hours of Le Mans, and an important moment for the Automobile Club de l’Ouest. Despite the current pandemic, we managed to hold one of the world’s greatest sports events here in France, a victory for all our competitors and partners. The 2020 24 Hours of Le Mans will leave an indelible mark on the race’s history. Sébastien Buemi, Brendon Hartley and Kazuki Nakajima have added their name to the winner’s list. Sincere congratulations to them! And to Toyota for their third and final 24 Hours victory with the TS050 Hybrid. Their car will remain a landmark in the hybrid era. I’d also like to address a special message to all our fans, who were unable to attend the race here in Le Mans this year. In 2021, the 24 Hours of Le Mans will be held on 12-13 June. All being well, we look forward to seeing you then.”

The final race of the 2019-2020 World Endurance Championship season, the 8 Hours of Bahrain, will be staged on 14 November.