24H: The greatest race in the world starts today in the 88th running of 24H of Le Mans 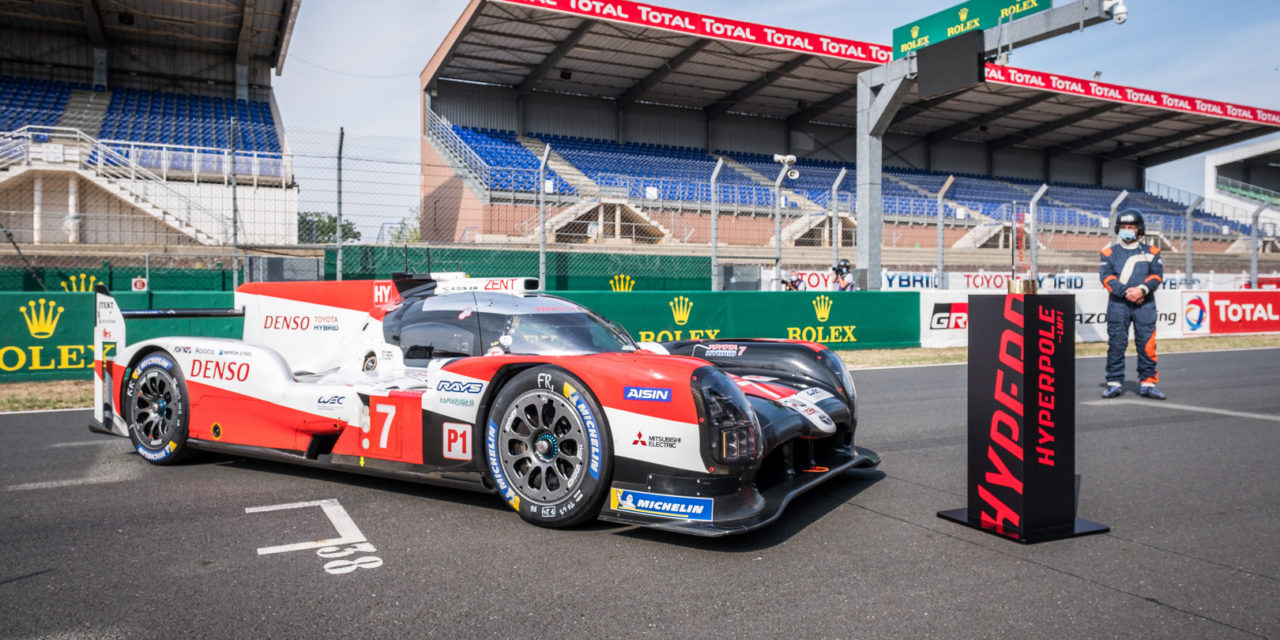 Sat Sep 19th 2020 – The ultimate race day has finally arrived! Albeit held behind closed doors with no spectators…..

The 88th running of the 24 Hours of Le Mans will get underway at 14h30 CEST with Toyota Gazoo Racing starting from pole position.

Fifty-nine cars (and 177 drivers) will compete for one of the most iconic trophies in motorsport over the next 24 hours.  Everything is now in place after the drivers completed the morning warm-up session, with the only thing missing this year being the 250,000 passionate race fans. 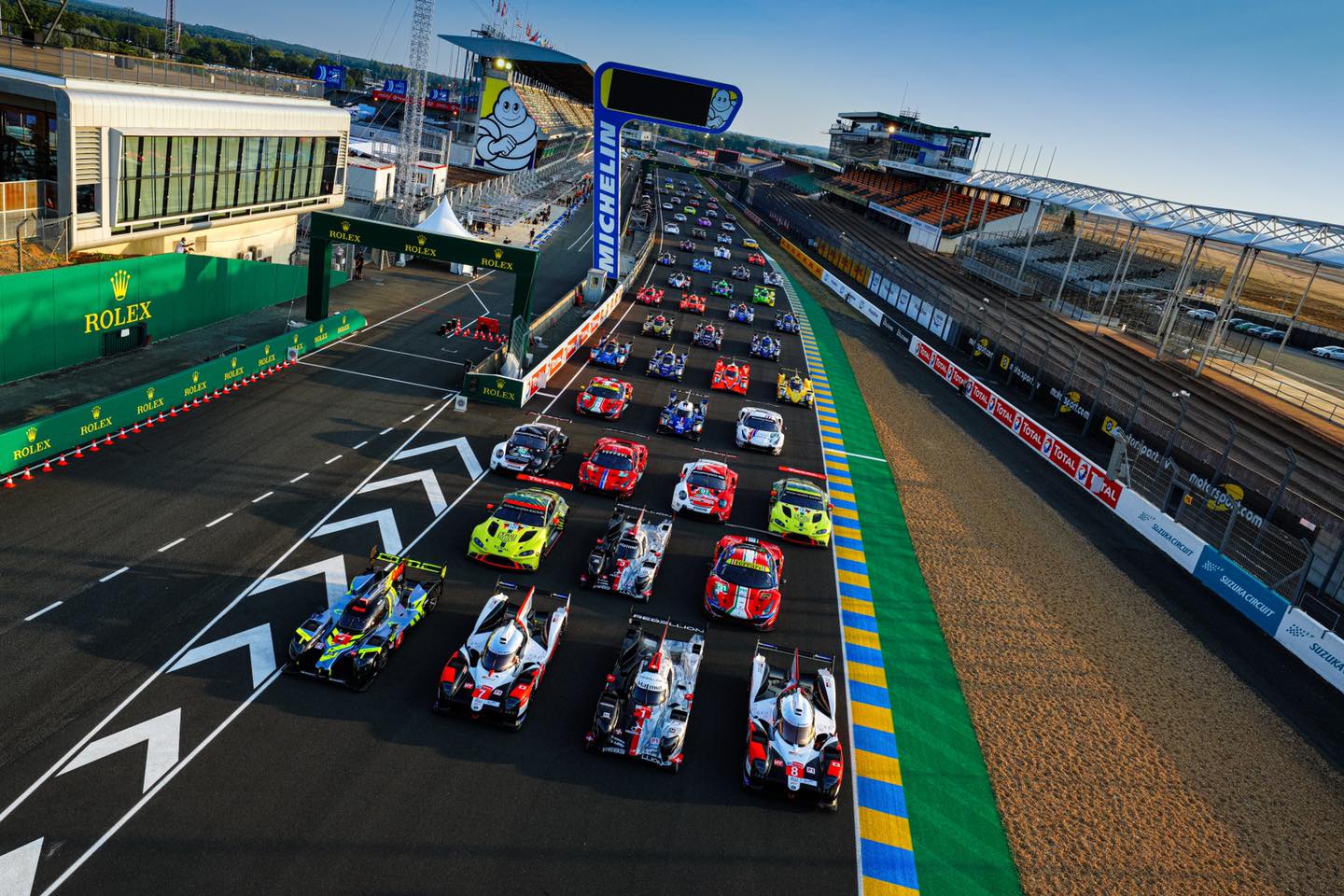 Todays 24 Hours of Le Mans – round 7 of FIA WEC Season 8 – will see Toyota Gazoo Racing start on pole for the 88th running of the race.

Kamui Kobayashi (TS050 HYBRID #7): “I am really happy to be on pole position again. The team did a great job to prepare our car for this. In hyperpole we had two chances to set a quick lap so we played it a bit safe with the first one. On the second one I pushed to the maximum but unfortunately I had to abandon the lap. It had been a quick lap up until then; I was trying to break my record and it was close. I think there was a chance to go faster so it’s a pity it was deleted. Race speed looked good in practice so now we have to do the 24 hours. We have worked really hard to get to this point so we will do our best for the race.” 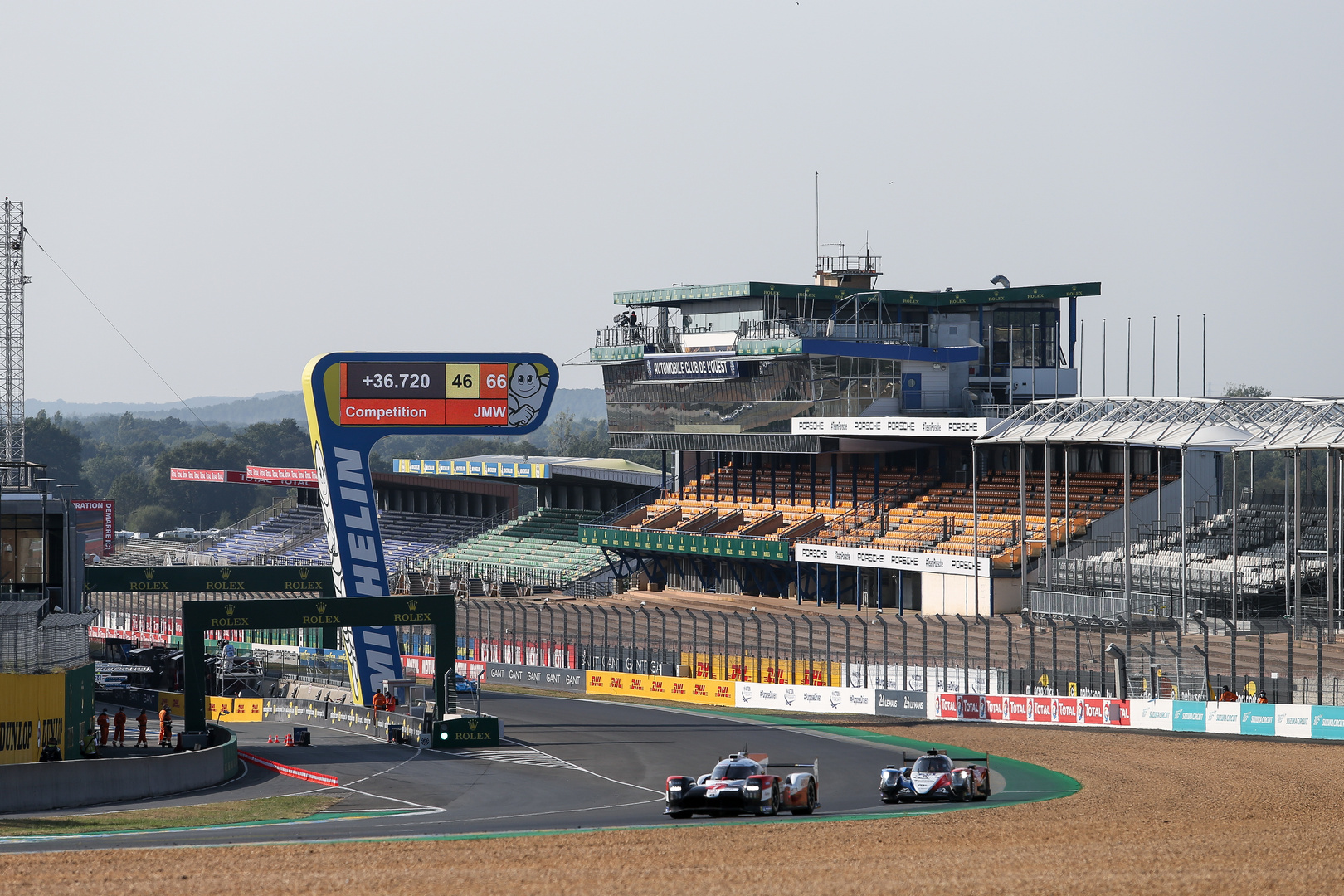 Twenty-three of the 59 entrants took part in Hyperpole following the results from yesterday’s qualifying session.  The brand-new Hyperpole format is a new-for-2020 shootout session which determines the top six grid positions for each category [LMP1, LMP2, LMGTE Pro and LMGTE Am] ahead of the 24 hour race.

Hyperpole took place on Friday 18th in warm and sunny conditions. Below are the main headlines from the 30 minute session

LMP1
•    Kamui Kobayashi was quickest in Hyperpole at the wheel of the No 7. Toyota TS050 Hybrid. The Japanese driver set a lap time of 3:15.267 early in the session
•    Rebellion Racing’s Gustavo Menezes clocked 3:15.822 in the Rebellion R13 Gibson, 0.555s adrift of Toyota’s pace-setting time
•    Menezes’ time in the No. 1 car is the quickest LMP1 non-Hybrid lap time in the history of Le Mans
•    Third quickest was the No. 8 Toyota driven by Kazuki Nakajima
•    Rebellion Racing’s No. 3 car and the ByKolles Sport No. 4 Enso CLM P1/01 finished fourth and fifth respectively completing the top five grid positions ahead of tomorrow’s race

LMGTE Pro
•    Three different WEC manufacturers – Porsche, Ferrari and Aston Martin – finished in the top three after Hyperpole
•    Porsche takes the top spot for tomorrow’s race as the No. 91 Porsche 911 RSR – 19 driven by Gimmi Bruni clocked the fast time in Hyperpole with 3:50.874
•    James Calado was second fastest in the Ferrari 488 GTE Evo, the Briton 0.241s adrift of the No. 91 Porsche
•    Aston Martin Racing will start third in LMGTE Pro tomorrow after Marco Sorensen was third fastest in the No. 95 Aston Martin Vantage
•    No. 97 (Aston Martin), No. 71 (Ferrari) and No. 92 (Porsche) fourth, fifth and sixth respectively

LMGTE Am
•    In LMGTE Am, reigning ELMS GTE Champions Luzich Racing topped the Hyperpole times with Come Ledogar clocking 3:51.266 in the Ferrari 488 GTE Evo
•    Quickest out of the full-time WEC entrants and starting second in Am tomorrow is the No. 77 Dempsey Proton Racing entry as Matt Campbell ended Hyperpole 0.056s adrift of Ledogar
•    Rounding out the top three in Am Hyperpole was the No. 56 Team Project 1 entry in another Porsche 911 RSR
•    Aston Martin Racing (No. 98), TF Sport (No. 90) and Gulf Racing (No. 86) finished fourth, fifth and sixth respectively