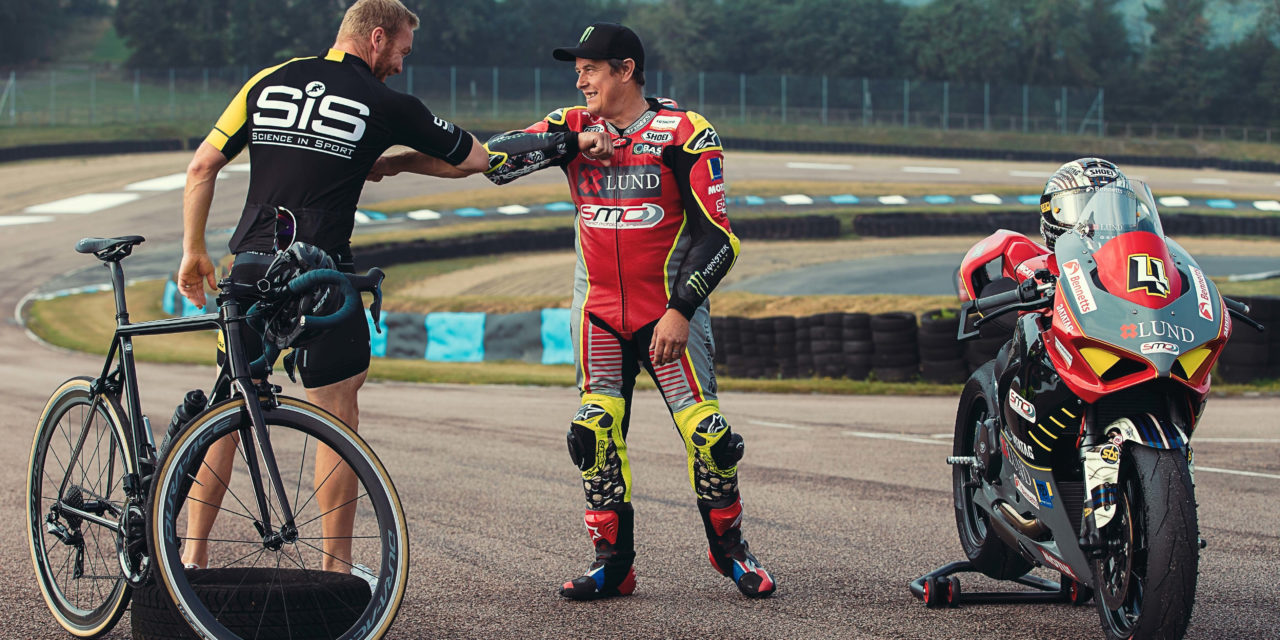 Not one, but two bike legends will drive in the 2020 Motorsport UK British Rallycross Championship 5 Nations Trophy Presented by Cooper Tires, albeit one legend used leg power and the other was engine-assisted to achieve their unsurpassed records. Today 5 Nations BRX announced that Olympic cyclist Sir Chris Hoy will drive Pat Doran’s Citroen C4 at the opening round at Lydden Hill on 30th/31st August. The same Citroen C4 will be driven by Isle of Man TT record holder John McGuinness at Knockhill for round two on 26th/27th September.

Chris retired from competitive cycling in 2013 and has since then become a successful racing driver, raced in Caterham series, in the British GT Championship, at the 24 Hours of Le Mans and claimed a European Le Mans Series LMP3 title.

Continuing his passion for motorsport, Dream Jobs with Chris Hoy is currently available on MotorTrend and sees him meeting professionals with some of the best jobs in motoring to learn their skills before taking the wheel himself. His first ‘Dream Job’ was rallycross, where he competed in a round of the FIA World Rallycross Championship in 2019. He became hooked and jumped at the chance to return to a rallycross car. 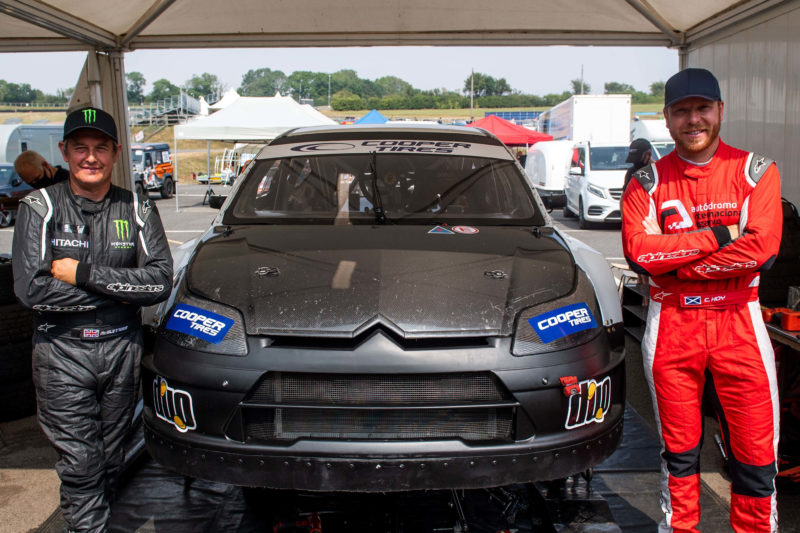 John McGuinness meanwhile is a newcomer to four-wheel racing. John remains the second most successful Isle of Man TT rider of all time, second only to the late Joey Dunlop. Although principally a road racer, the King of the Mountain has also successfully competed in circuit racing, winning the British 250cc Championship in 1999. He also competed in World Supersport in 2002 and finished third in British Superstock in 2009.

This isn’t John’s first visit to Lydden Hill however. In 1991 he competed on two wheels in the British Clubmans Championship and then again in 2003 in European Supermoto.

His legendary status and place in the history books is already assured as one of the all-time great TT racers. Debuting at the TT in 1996, he won the best newcomer award. Three years later he landed his first TT win in the Lightweight 250 category and has now racked up 23 TT victories – only three behind Dunlop’s outright tally.

In 2007 he became the first man to break through the 130 mph average barrier and then the 131 mph barrier (in an official race) – pushing it up to 131.578 mph in 2009. It’s not just pace; John can also boast 46 podium finishes to add to his 23 victories. John has previously tried his hand on four wheels when he exchanged vehicles with Gordon Shedden at Knockhill; Gordon rode John’s bike while John tested Shedden’s British Touring Car Championship car, setting a very credible lap-time in only a handful of laps. John is yet to face four-wheel competition on track however.

Chris Hoy:
“I’m delighted and excited to be back in a rallycross car. I got a taste last year with Dream Jobs. I thought it was a one-off but it was the one I enjoyed the most so I grabbed it with both hands when the opportunity to drive in the British Rallycross Championship came up.

“Driving into Lydden and seeing the track below is amazing. It’s a spectacular arena – you can see why it’s the Home of Rallycross. The track is really fun and exciting to drive. You can learn it quickly but it takes forever to perfect. It’s perfect for novices like me and I’m really looking forward to racing.”

John McGuinness:
“I’m massively excited. The cars are exciting and it’s a real spectator spectacular. I’ve not got a lot of experience on four wheels but wasn’t a million miles off the pace in Gordon Shedden’s BTCC car. I had a spin in that – I really enjoyed it. Trying my hand at British Rallycross is a good opportunity so I grabbed it by the horns. I’ll be able to be brave – I’ll feel invincible with a roof! I’m excited for the new challenge. ‘Do it while you can’ I say.”