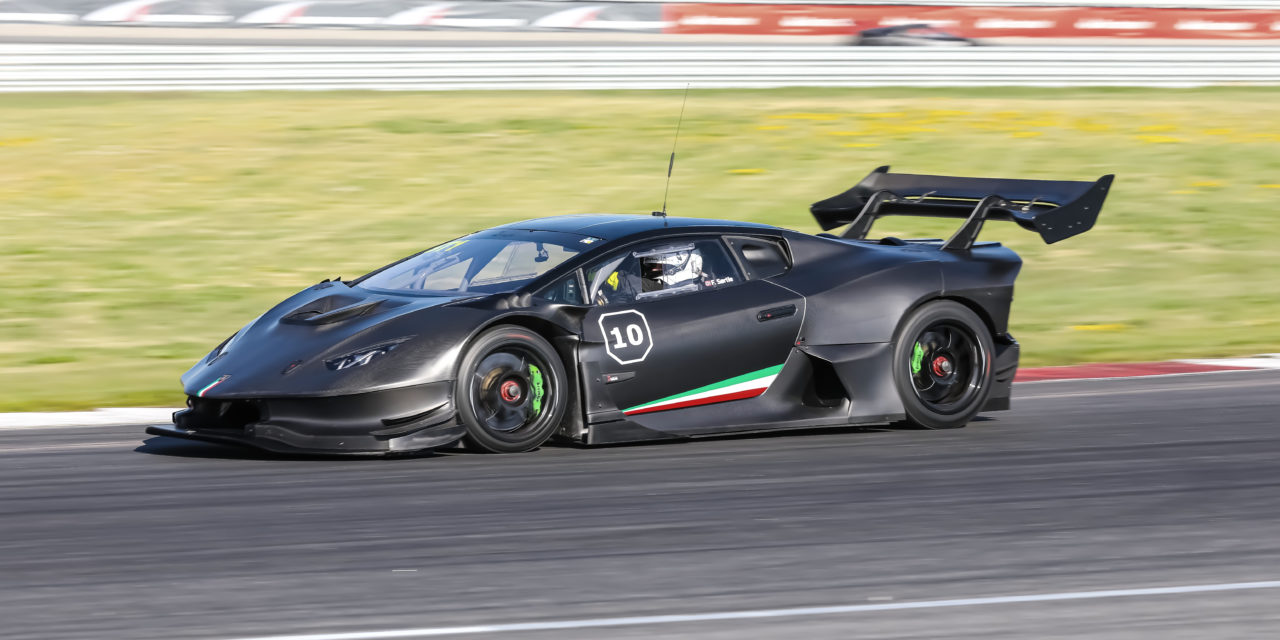 If we told you there was a racing series where anything goes, no rules on performance only FIA safety – would you believe us ? well we couldn’t believe it either, but we found what could be, perhaps the Holy Grail of ultra extreme horsepower racing – in Norway !

Those crazy Scandi’s have been at it for years apparently, in the Extreme GT Championship, it seams anything goes, no holds barred, bring your fastest machines, and see who comes out on top. There’s a plethora of older, once forgotten, out of homologation, older cars like 2003 ex Peter Dumbreck Opel DTM and even new GT3 machines, supertourers, supercars and prototypes, most customised, re-imagined and enhanced to compete in classes GT+, GT1, GT2, GT3, and GT4 etc….

and now there’s a team who have campaigned this series for almost a decade and have come up with the perfect formula for performance.

Why not take your average ‘run of the mill’ V10 Lamborghini Huracán Super Trofeo, add turbos, re-design EVERYTHING, yes even the rims,  and turn it into a raging bull with 1200 horsepower !!

AND whats more, you can buy one, they are producing 24 of these track spec cars and 12 less aggressive road going versions… 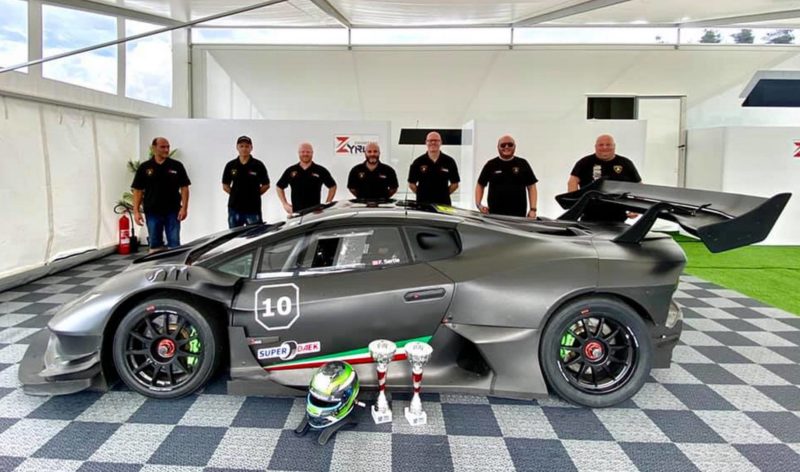 Running in the GT+ class, Fredrik Sørlie put down the fastest lap in qualifying to secure the maiden Pole position for the weekend.

After a great start in race 1, in ideal weather conditions, the car suffered a slow puncture and had to retire halfway through the race.

Race 2 on Sunday morning proved to be a completely different approach as torrential rain battered the Rudskogen circuit for the entire day. Starting in fifth place, Fredrik understandably wanted to finish the race and carefully picked his line in the wet, he finished in fourth place, enough to secure the class win in the GT1 class.

Race 3 later in the afternoon was more of the same extreme weather conditions, with large pools of standing water beginning to hamper progress. Starting in second position, it wasn’t long before the safety car was deployed. On the re start the LP1200 proved itself even in in the wet, as Fredrik delicately and bravely positioned himself for the win overall.

Fortunately the Norway Extreme GT Championship allows the team to not only test the car but to race it competitively as well, in a series something quiet unique to the country. A no limits, open spec series, adhering to FIA safety rules, where most cars run over 1000HP, the perfect development ground for the ZYRUS Engineering LP1200.

The ZYRUS LP1200 concept was bold, to build a high performance track spec car that can be driven on the road to the track by its customers, and that’s exactly what has been achieved with the ZYRUS LP1200. By offering a road conversion kit this car can be driven on the road. And the production of the V2 road legal version is already well underway with another unique design, focused more on the comfort and aesthetics of a Lamborghini Huracán, but retaining the 1200HP performance.

The ZYRUS Lamborghini LP1200 Hypercar combines innovative design, exquisite elegance and ultimate performance. A limited production of just 24 of these extreme track ready machines and 12 road legal versions are available now for pre-order, with varying options for trim and colour.

The ZYRUS LP1200 is based on the hugely successful Lamborghini Huracán Super Trofeo chassis, though some of the DNA is still is retained, the ZYRUS version appears as something completely different, unique and extreme, the definitive road and track hypercar.

The car is equipped with a V10 5.2 ltr engine, bespoke twin turbo set up, full carbon bodywork, Öhlins suspension, Motec ECU, Xtrac gearbox, brake discs and brake pads are produced in carbon/carbon to achieve optimum performance, and a whole host of other custom parts and electronics. The power to weight and downforce ratio is 1:1:1, weighing 1,200kg, 1,200hp and 1,200kg of downforce through its aggressive aero design, undoubtedly making it the fastest Lamborghini Huracán ever.

With a bespoke twin turbo kit engineered on to the existing V10 engine, the team also utilises Inconel manifold and titanium exhaust system, in-house carbon parts and billet manufacture, with no compromise on quality, the car is a work of art.

Next up on the calendar for the ZYRUS LP1200 will be Spa-Francorchamps and Nürburgring mid July with resident driver Fredrik Sorle and professional LMP1 driver Oliver Webb.