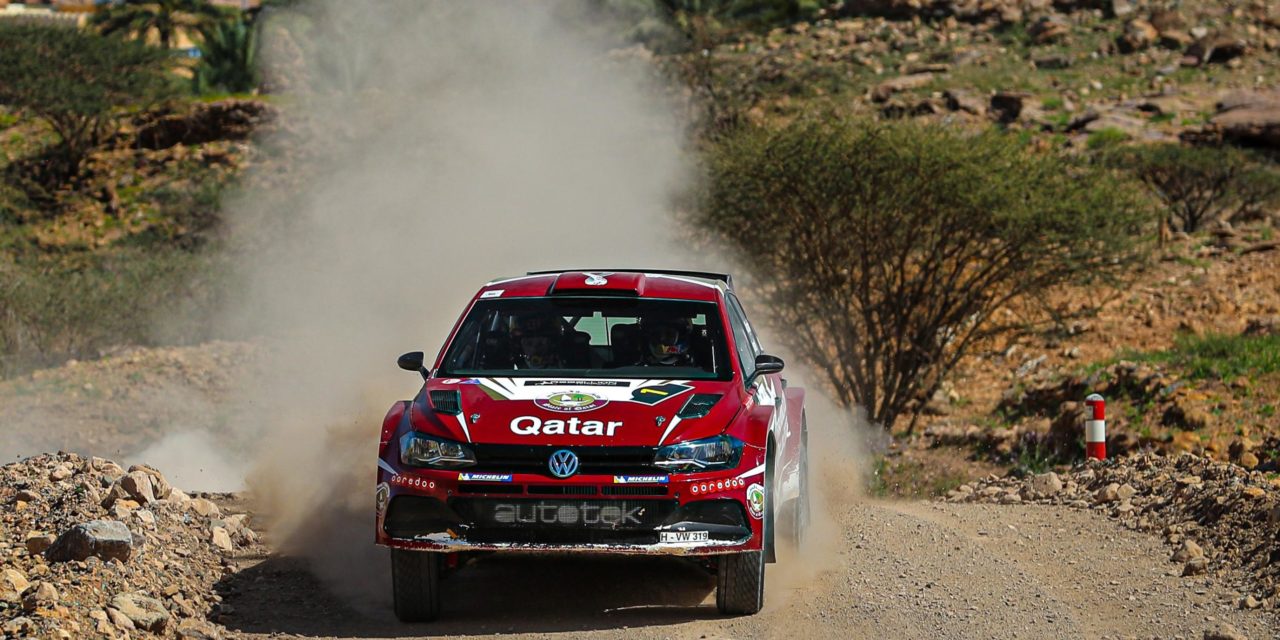 MUSCAT (Oman): Nasser Saleh Al-Attiyah began the defence of his FIA Middle East Rally Championship in emphatic style with a convincing start-to-finish victory in the Oman International Rally on Saturday.

The Qatari and French co-driver Matthieu Baumel won each of the 12 special stages (SS9 was cancelled) in their Volkswagen Polo GTI R5 and romped to a winning margin of 5min 04.1sec on the Sultanate of Oman’s return to the regional series for the first time since 2015.

The success was Al-Attiyah’s sixth in Oman as he tries to break Mohammed Ben Sulayem’s record of seven wins in the Sultanate. Baumel has now won the event twice (2015 and 2020).

Al-Attiyah said: “Thanks to the Oman Automobile Association for organising the first round of the Middle East Championship. Now I win six times here. I always like what I see here. I love the stages and the people.” 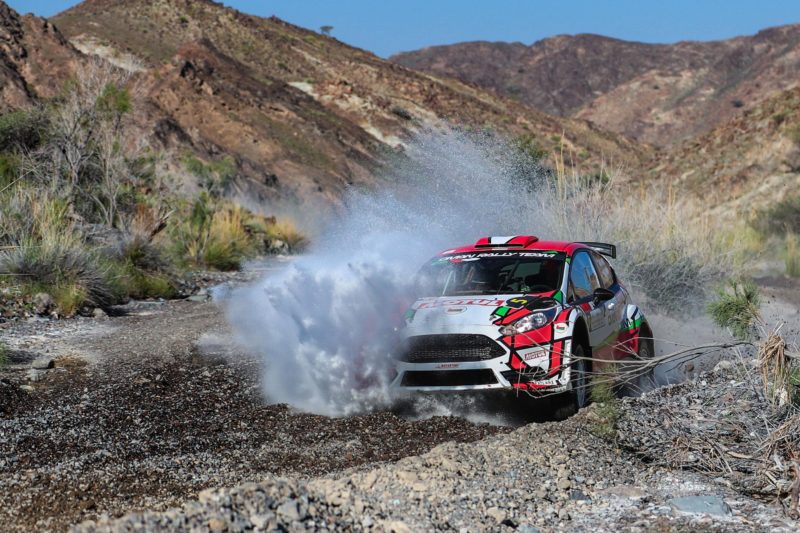 Oman’s Abdullah Al-Rawahi delivered a solid performance on his R5 debut to secure second position with Jordanian co-driver Ata Al-Hmoud in a Ford Fiesta. Al-Rawahi said: “It was a really good result for us and we finished, despite a power steering problem on the last two stages. I would like to thank the team and everyone at the Oman Automobile Association for bringing this rally back.” 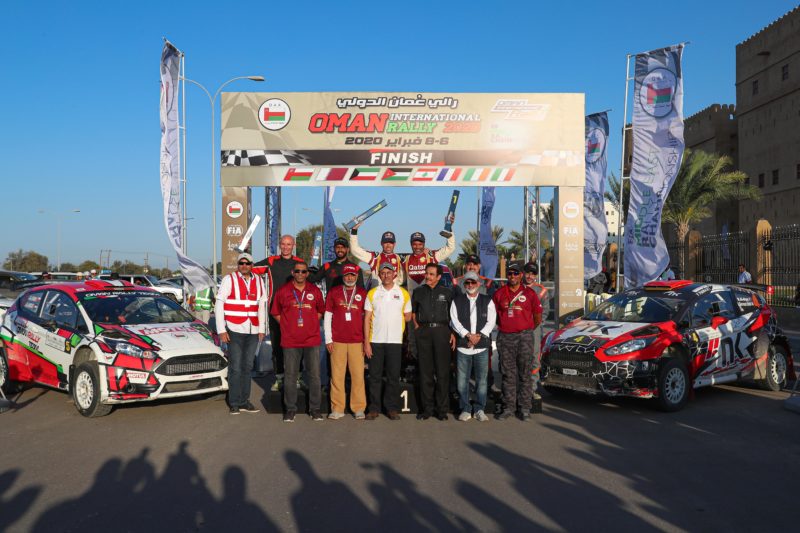 Qatar’s Nasser Khalifa Al-Attiyah and Italian co-driver Giovanni Bernacchini rounded off the podium places in the third of the Ford Fiesta R5s. The Qatari said: “The rally was good, the stages, the parc ferme and the service area.

“We really enjoyed the stages. Some of them are a bit tough. After 28 years, coming back to Oman to do the rally, I keep my pace and I take third position. I am glad to start the season with a good result. We have time now to plan for the next round in Qatar.”

The Omani pairing of Zakariya Al-Ofi and Ammar Al-Balooshi held the advantage in the MERC 2 category at the start of the day, but were overhauled by Abdullah Al-Zubair and Emad Juma on the first stage of the opening loop – the 21.57km of the Khoud Old Village special.

Al-Zubair slipping to third behind Kuwait’s defending regional champion Meshari Al-Thefiri and his Irish navigator Derek O’Brien after dropping 1min 40sec on the special. Al-Ofi moved ahead again and continued to lead from Al-Thefiri through SS11, despite the Kuwaiti setting the fastest time in the category.

Both Al-Zubair and Jarah Al-Tauqi retired on the second loop with technical issues and that paved the way for fourth-placed Al-Ofi to pip Al-Thefiri, fifth, to MERC 2 honours. Omani drivers Khalid Al-Manji and Jassim Al-Muqahwi reached the finish sixth and seventh overall.

MERC 2 winner Al-Ofi said: “It was a tough race. Yesterday we started building up the pace. That was our strategy. We opened the gap to two minutes so the strategy worked quite well. I thank my team from Swab Performance for all their support this weekend.”

The Lebanese duo of Henry Kahy and Rony Maroun rejoined under the Rally 2 regulation and reached the finish in eighth to claim valuable MERC 3 points. Faisal Al-Rashdi retired his Subaru Impreza STi on the opening stage.

Ghaith Al-Qassimi took a comfortable advantage of 6in 23.5sec in the final six stages of the Oman National Rally but the Mitsubishi Lancer Evo driver lost out on the National Rally win to Mohammed Al-Mazrui after late problems. Hamid Al-Qasim and Haitham Al-Zadjali were second and third.

How can he be so much faster than Kimi in the same car?

Those have been some bad tests with Perez, Kimi and Kubica leading

Nefyn Roberts What are the odds that they've ran that underweight and low fuel for Kubica's sponsors?

Hard to get a read on what Renault is up to..

Why no compound info for the lap?

Wow look how much faster he is than Kimi. Obviously testing times mean EVERYTHING and he needs a race seat right away 🙄

This is Alphas year, well,I can hope for Kimis is sake