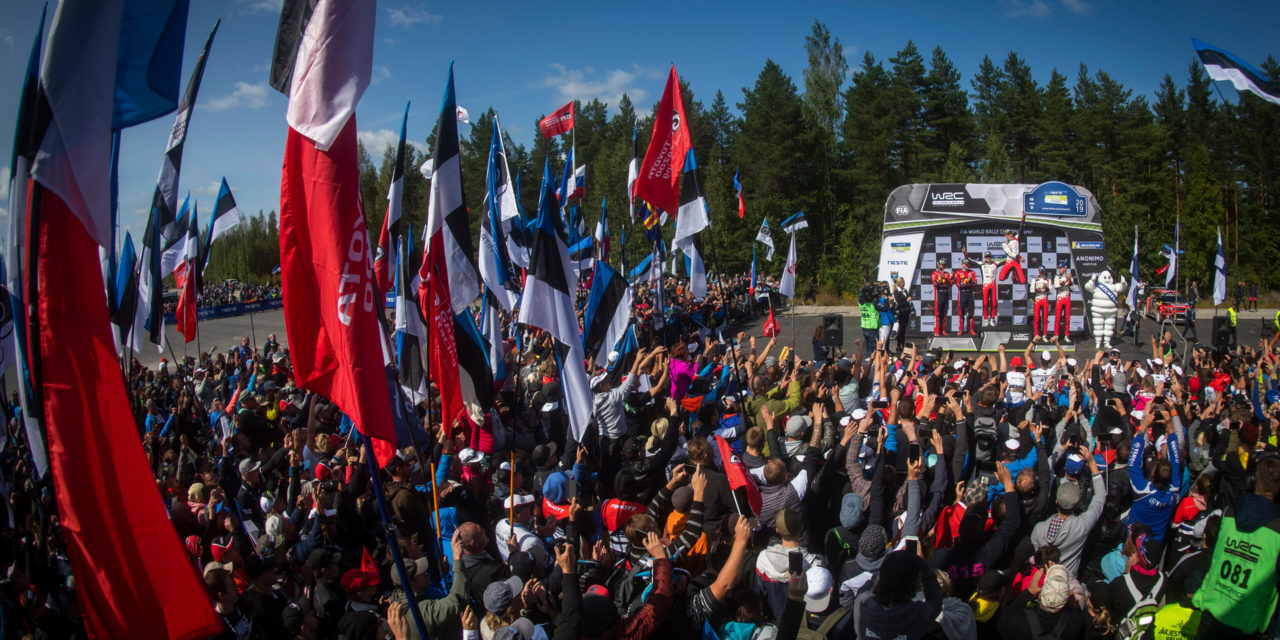 Ott Tänak secured back-to-back Neste Rally Finland victories on Sunday to create daylight between himself and his rivals at the head of the FIA World Rally Championship.

His third win from the last four rallies, by 25.6sec from home hero Esapekka Lappi, opened a 22-point lead over reigning champion Sébastien Ogier in his quest for a maiden title.

Tänak’s success banished memories of the crushing disappointment last time out in Italy, when broken steering on his Toyota Yaris deprived him of victory a handful of kilometres from the finish.

Finland is the fastest event on the WRC calendar. Smooth gravel roads that wind around forests and lakes near Jyväskylä, huge jumps and blind corners over crests demand the utmost bravery – and this year’s encounter did not disappoint.

Roared on by thousands of Estonian fans who crossed the Baltic Sea to support him, Tänak shrugged off the disadvantage of opening Friday’s slippery roads to fight tooth and nail with team-mates Jari-Matti Latvala and Kris Meeke and Citroën C3 pilot Lappi.

Fractions of a second blanketed the quartet until Latvala and Meeke hit the same rogue rock on Saturday and fell away, while Lappi could not match Tänak’s pace.

“It’s been a big weekend. I believe the summer break came at the right time as I was really devastated after Italy. Now we got the perfect result and we need to continue in the same way. There are still five rallies to go, so there’s a big job to do,” he explained.

Second for 2017 rally winner Lappi represented a welcome return to form after a lean season. He finished 7.6sec clear of Latvala, who recovered his composure after his rock-bashing escapade which punctured a rear tyre.

Andreas Mikkelsen was another to rediscover his pace. Driving a Hyundai i20, he held off Ogier by 2.7sec to finish fourth. Ogier battled sickness for the final two days but fended off Craig Breen in their three-way fight.

Breen impressed on his first WRC drive in an i20 and the Irishman lent a helping hand to team-mate Thierry Neuville in the Belgian’s title bid. He deliberately incurred a 20sec penalty, allowing Neuville to leapfrog him into sixth and score extra points.

The championship reverts to asphalt in Germany later this month for the first time since March. ADAC Rallye Deutschland is based at Bostalsee on 22 – 25 August.