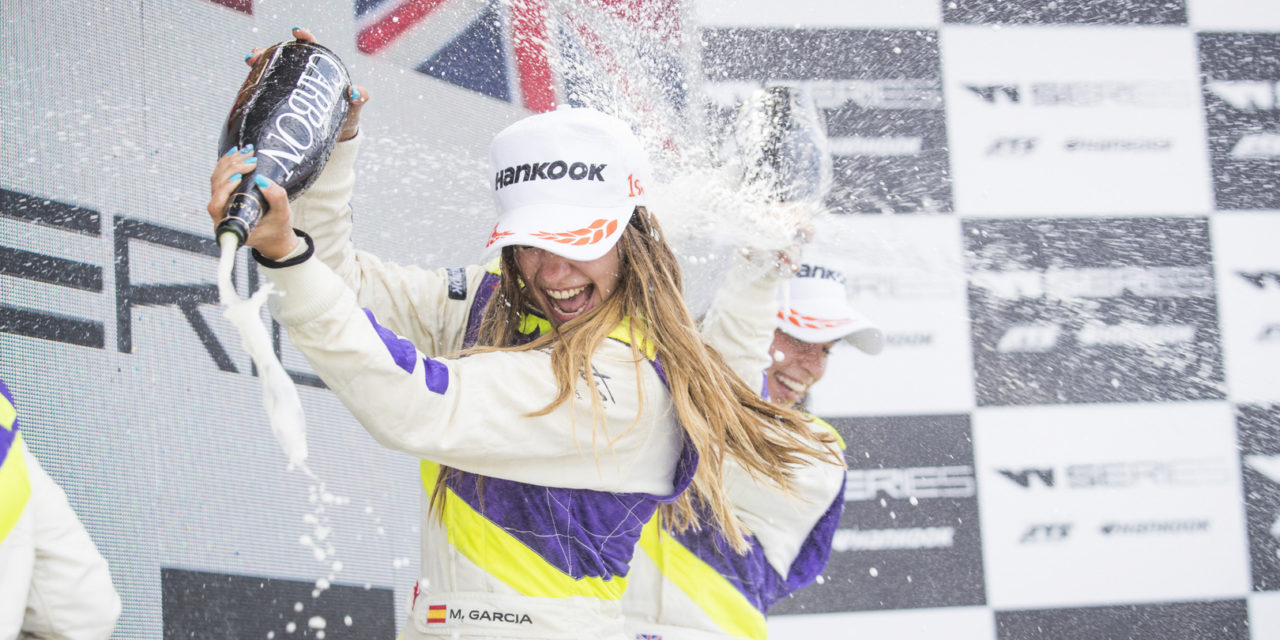 Eighteen-year-old Marta Garcia (ESP) was crowned champion of the fourth W Series race at the iconic Norisring near Nuremberg (Bavaria) this afternoon, 3.619sec ahead of Beitske Visser (NDL), who finished P2 for the second race in a row. Bagging pole position in qualifying and clocking the second-fastest lap of the race (51.049sec), the Spanish teenager drove superbly to earn 25 points, elevating herself to third position in the title chase.

Beitske made a stunning start, climbing from P5 to P2 by Turn One, forcing championship leader Jamie Chadwick (GBR) into third place. That formation (Garcia-Visser-Chadwick) endured for the duration of the race, Jamie putting intense pressure on Beitske at the end. However, it was Beitske who came out on top, finishing just under half a second ahead of her main championship rival.

In fourth position was Fabienne Wohlwend (LIE) who, after another strong drive, finished 2.135sec behind Jamie. But hot on her heels was Emma Kimilainen (FIN), who made an outstanding comeback after being forced to miss the past two races through injury. Qualifying in P8, Emma fought her way through the field, gaining three places and ultimately finishing in P5, clocking the fastest lap of the race on her way.

Sadly, it was a race weekend to forget for Alice Powell (GBR) who, after being T-boned during FP1 yesterday, was forced to start today’s race from P18 following a gearbox problem during qualifying. They say that bad luck comes in threes and that was certainly the case for Alice who, despite putting in an extraordinary race drive, climbing from P18 to P8, had to retire early for the third time this weekend, blighted by a fuel pump issue with less than five minutes to go. 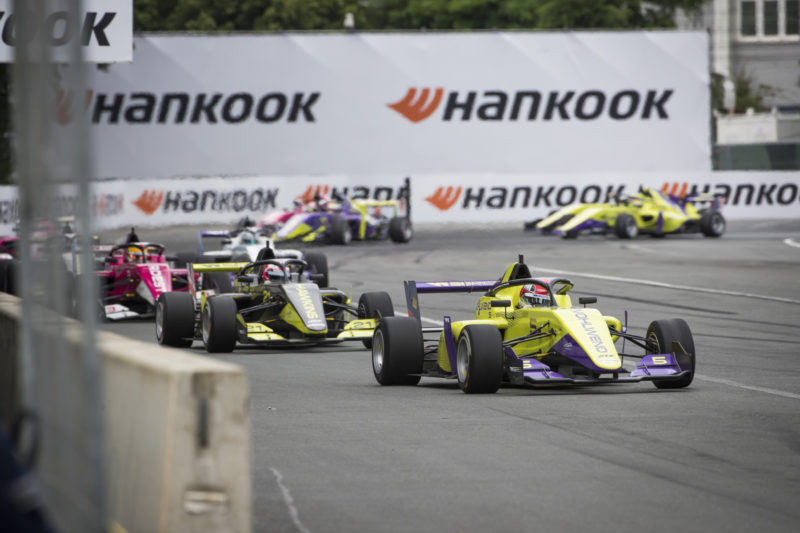 Falling victim to the challenge of the notorious Turn One was Sarah Moore (GBR), who collided with Shea Holbrook (USA), causing damage to the front of her car. Although she managed to get going again, her suspension eventually gave way, causing her to pull over and retire.

Completing a sad trio of British DNFs was Jessica Hawkins (GBR) who, despite qualifying and therefore starting from P6, a position she retained for almost the entirety of the race, suffered a terminal power loss minutes before the end, which caused a premature finish to what had been a very impressive weekend for the 24-year-old from Hampshire.

“The maturity of Marta’s very impressive victory here at Norisring today belied her very young age – she’s just 18 – and the 25 points she scored lifted her total to 60. That’s just 13 behind Beitske and 23 behind Jamie.

“The title chase is hotting up therefore, only 10 points separating Jamie from Beitske, with a respective home race for each of them ahead. W Series’ next race will be run at super-fast Assen, in Beitske’s native Netherlands, and she knows the circuit well; by contrast Jamie has never raced there. After that, the season finale will be held at Brands Hatch, in the UK, which Jamie not only knows very well but on which she’s already won a race in a Formula 3 car [British Formula 3 Championship, August 2018].”

“Marta, Beitske and Jamie all drove superbly here at Norisring this afternoon, never putting a wheel wrong on a challenging circuit whose tight confines and minimal run-offs punish mistakes severely. But they made no mistakes.

“In taking her maiden W Series victory, Marta was particularly impressive, managing the margin over second-placed Beitske calmly and capably throughout.

“Behind the leading three, Fabienne drove an impressively solid race to finish fourth, while Emma made a brilliant comeback [after missing two races through injury] to finish fifth, posting fastest lap en route.

“Last but far from least, it was good to see Alice drive so well this afternoon, carving her way through the field from the very back to a points-scoring position, only to have to retire her car owing to a fuel pump issue. For Jess too, the afternoon was a very frustrating one: having been on the pace all weekend, and having raced very well this afternoon, she was looking well set for a fine sixth-place finish until a misfire also ended her run.”

“First of all, qualifying was really good. Yesterday’s practice sessions were not so good so there were a few things I needed to improve – which happily I managed to do during qualifying.

“I therefore started the race from P1 – and I stayed there! I had a really good start actually, probably one of the best I’ve ever done, and after that I managed to maintain good pace throughout the race.

“I think the fact that Beitske and Jamie were fighting each other a bit gave me a chance to get a bit further ahead.

“I started from fifth – my start was mega in fact – and I got straight up to second by Turn One.

“Obviously I tried hard to catch Marta after that, but she was a bit too quick today. She was very fast in qualifying and in the race, in fact.

“At the end Jamie got quite close to me but I always felt I had things under control.

“So, yes, I’m happy with my second place today.”

“The racer in me is a bit disappointed with third place, but the 15 points it earned me are obviously important for the championship – even though Beitske closed the gap a bit today.

“I tried hard to nick second place off her at the end but, to be honest, I’ve got to know her pretty well over the past few races and she rarely makes mistakes. On this circuit, for me to have been able to get past her, I would have needed her to make a mistake. But she didn’t.

“Even so, I tried to put pressure on her at the end. I felt I had a bit more pace than she did by then, but I ran out of laps and, like I said, I couldn’t force her into a mistake, so it was always going to be difficult to pass her. I did my best though!”

Engine issue. 😬 Although One of the best one of the season.

BEST RACE OF THE SEASON 💯

Kenji Takahashi, we were there😁

Great awareness by Dovi. Had he not sat up, they would have crashed.