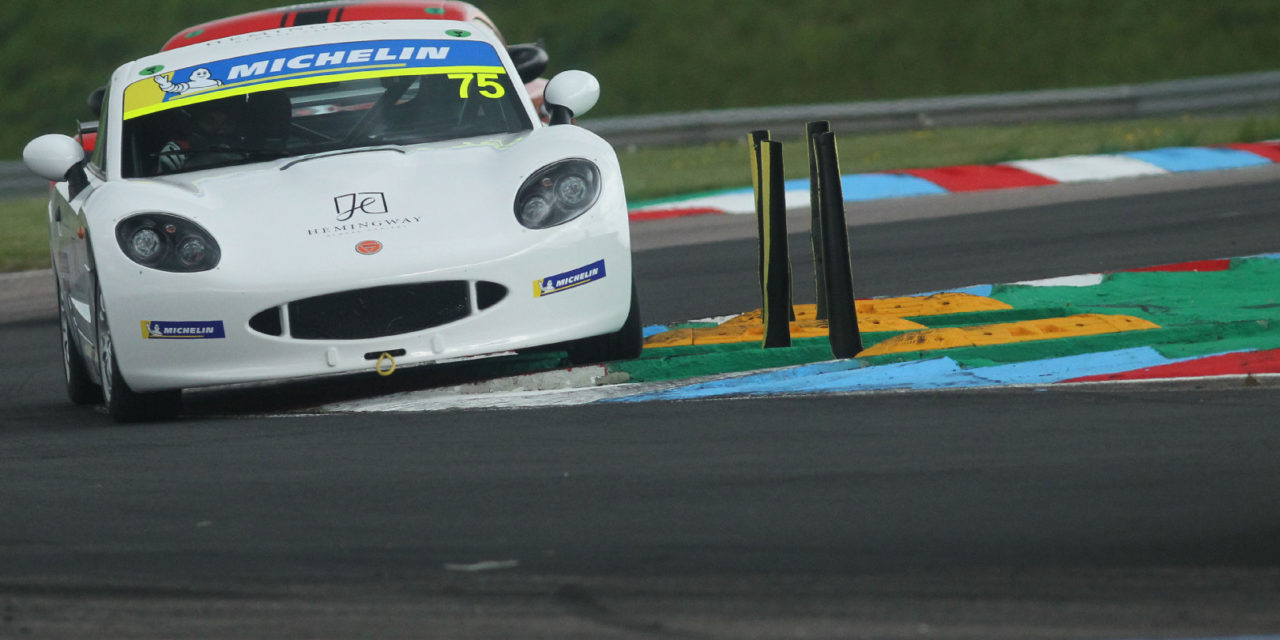 May 19th 2019 -Round three of the Ginetta Junior Championship headed to Thruxton Race Circuit in Hampshire. A double header weekend, supporting the British Touring Car Championship, delivering Live Television action across the UK to millions of homes.

Thruxton Race Circuit is often referred to as the “Fastest Circuit in the UK”. It is also one of the longest, at 2.4 miles per lap and is uniquely formed around the old perimeter road of an active airfield, with flight activity suspended for the race weekends.

This famous circuit is a top speed circuit with a lot of corners that can be taken flat out, and two tight chicanes. The most crucial to get correct is “Club Chicane”, the last corner before the pit entry. This corner would prove to be important in the race results for Haytham.

The sun shone for the first time for Haytham, who up until this point had only had a few days of dry weather whilst testing since he started racing. 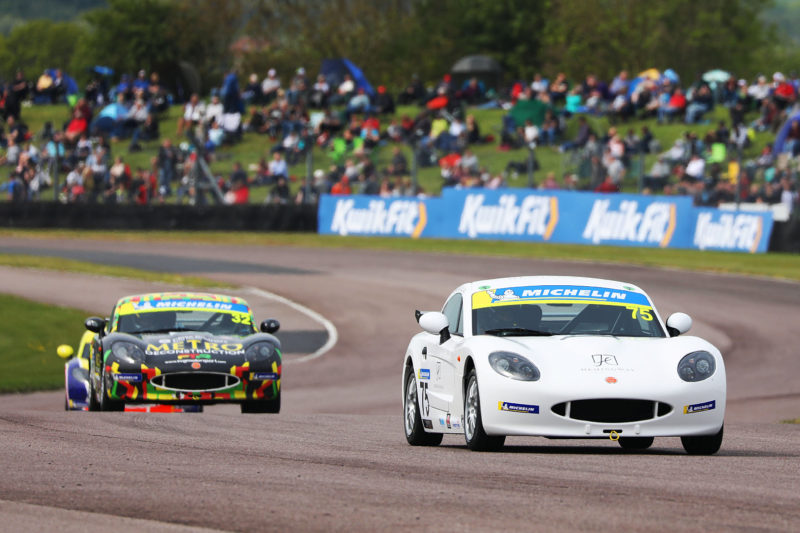 Sporting a brand-new car body shell from Ginetta, the #75 G40 Junior car looked as good as new when Haytham took to the track in free practice on Saturday morning.

“Thruxton Race Circuit had its ups and downs for me, it’s one of the fastest circuits in UK and has a few tricky chicanes which I had to nail perfectly. I had a disappointing qualifying result on Saturday, being a few seconds off the pace, so I started near the back in 20th position,” commented Haytham.

On Sunday mornings opening race, Haytham made good progress, but suffered a few lock ups at the infamous “Club Chicane” which knocked him back and he finished in 20th place, where he started, with just one championship point to show for his efforts.

Race two, on Sunday afternoon couldn’t have been more different, the team had made some changes to the car set up as Haytham had requested. He started 19th on the grid and right from the very beginning, the race proved to be extremely exciting.

Haytham got a fantastic start and managed to keep a good pace throughout the race, chasing the mid pack to begin with. Whilst battling to gain a position he made a crucial error, causing his breaks to lock up causing him to slip back 3 places. He then battled his way back up the grid to finish in 13th position. 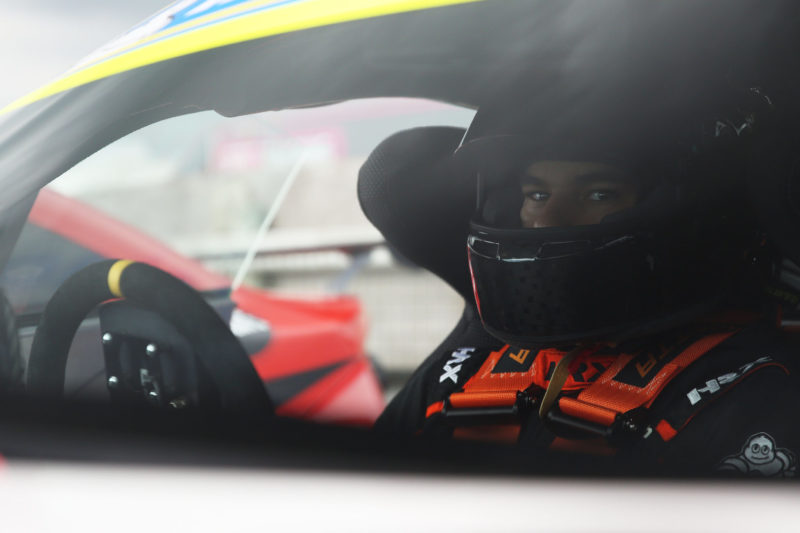 “I got some valuable points and I’m now 18th overall in the Championship and 9th in the Rookie class. I am hoping improve my overall position in the next round at Croft.” he commented.

Haytham has proved himself as one of the top true rookies, in his first year of motor racing, having never had any karting background or race experience of any type.

Haytham is undertaking an enormous challenge to race in one of the most competitive Championships for junior drivers, all aged between the ages of 14 to 17 years. Haytham joined the series at age 14 years old, and has just turned 15 at the end of March.

Haytham’s next race weekend will be at Croft circuit on the 14th and 15th of June. Another new challenge awaits this young driver from Kuwait.