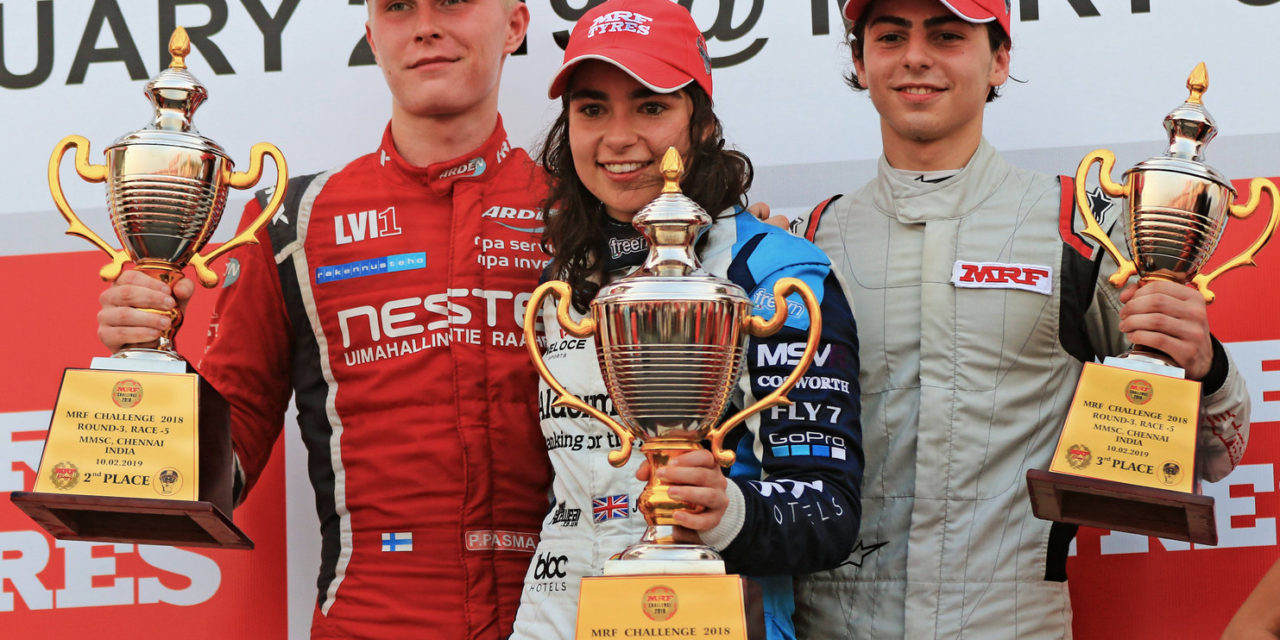 Chennai, February 10: Jamie Chadwick from Bath, England, scripted history in the MRF Challenge by becoming the first female driver to annex the championship in seven seasons as she finished the third and final round of the international series with a triple crown, including two back-to-back wins, at the MMRT, here on Sunday.

Chadwick, 20, who had won three of the five races in the previous round in Bahrain, survived a long day and 58 laps, by winning two while Finland’s Patrick Pasma took the honours in the other as the MRF Challenge 2018-19 drew to a close. 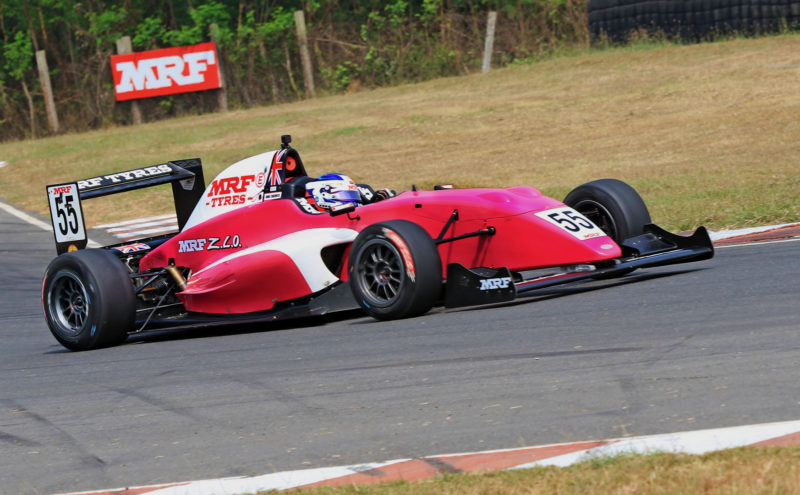 While Chadwick ended the championship with 280 points, including two bonus points for the fastest lap in the last race, Belgium’s Max Defourny who came into the final round here with an 18-point advantage, failed to consolidate and ended up with 243 points. Pasma took the third spot in the championship with 186 points, ahead of German Andreas Estner (181).

An elated Chadwick said: “It (winning the championship) hasn’t sunk in yet. I would like to thank my team too and am happy that everything came together this weekend. In the last race, I made some mistakes which cost me a bit of the lead, but I quickly composed myself and made sure I won. 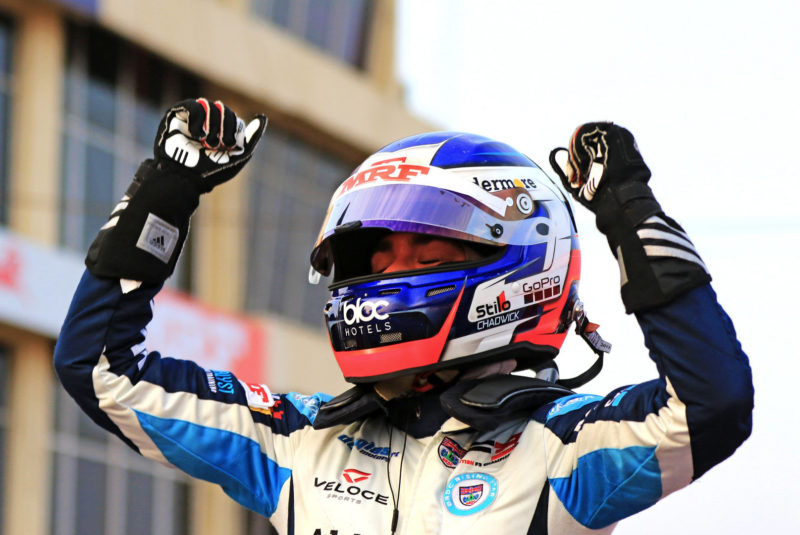 “I came into MRF Challenge for some experience and exposure, and not to win the championship. But after winning three races in Bahrain, I realised I was in with a chance and so went for it this weekend.”

Earlier, Pasma (Finland) had to work hard for his second win of the weekend in Race-3 which was briefly interrupted by a Safety Car period after Joshua Mason spun and blocked the track in the seventh lap. Pasma, starting from pole position, built up a comfortable, if not commanding lead, over Belgian Michelangelo Amendola before the pack bunched up behind the Safety Car. On re-start, Pasma was harried all the way by Amendola, but managed to hang on and post his second win of the weekend. Finishing third behind Amendola was Swede Linus Lindqvist, the 2018 British F3 champion.

However, from the championship title perspective, the focus was on the battle between Chadwick and Defourny with the British youngster managing to finish ahead of the Belgian in fifth position. Defourny came in seventh which helped Chadwick to extend her lead by five points with two races remaining.

Chadwick expanded her championship lead over Defourny to 18 by winning Race-4 that was stopped and restarted following two incidents in the very first lap leading to retirement of three cars and the race distance reduced to 18 laps from scheduled 20. Chadwick had a fine start from P2 on the grid, moving past pole-sitter Jack Doohan (Australia) and then defended her position to chalk up her second win of the weekend. Defourny registered his best finish of the weekend by coming home fourth behind Chadwick, Amendola and Doohan.

In the final race of the championship, Chadwick was again off to a superb start, squeezing into the lead from third position, past pole-sitter Pasma and Defourny, even as the pack dived into Turn-1. With each lap, Chadwick increased her lead even as Defourny dropped down the order and eventually finished sixth. In the latter part of the race, Chadwick was closely pursued by Pasma and Amendola, but the British girl hung on to her advantage to chalk up her sixth win in 15 starts.

Motorsports in India is synonymous with MRF. In fact, the development and popularity of various forms of the sport could be directly attributed to the pioneering efforts of the company, be it racing, rallying, motocross or karting. To encourage motorsport enthusiasts MRF has spared no money in offering World-class facilities. The development of MRF Power House – a modern motorsports facility has been a boon to the Indian drivers, who wished to compete and test themselves against international standards. The centre is a testament to the commitment of MRF to raising the bar of Indian motorsports.

Being the largest promoters of motorsports in India, MRF has the added advantage of being able to use the racetrack to test the tyres.

MRF is the only tyre company in India to have developed formula car tyres, world- class rally tyres for tarmac and dirt, motocross tyres and also FIA-CIK karting tyres. Today, the company caters to almost all segments of the tire industry and is proud to be the manufacturer of the largest range of tyres. Heavy-duty truck and bus tyres, passenger car tyres, two-wheeler tyres and farm tyres are just some of the tyres that MRF manufactures.

The one thing that puts MRF head and shoulders above its competition is the fact that MRF is the only tyre company in India without any foreign technical collaboration. The company is where it is today, thanks mainly to its know-how and its ability to develop indigenous technology. With this technology, MRF now supplies original equipment tyres to multinational manufacturers such as Honda, Hyundai,Renault, Nissan, Mahindra, Tata, Volkswagen, Toyota,Suzuki and Ford. In total, MRF exports to more than 90 countries. MRF has been the undisputed leader in the tyre industry for more than three decades now, notwithstanding the competition from various multinational and Indian tyre brands.